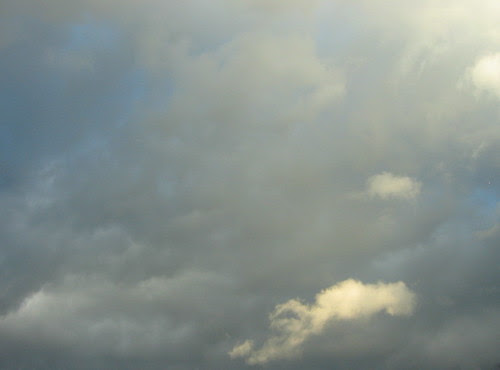 In Switzerland, approaching
death, Rousseau did
openwork lace pieces,
ornamentally white. Nietzsche
suggest’d we humans
turn’d scientific out
of lack of
subtlety. Ford Madox
Ford, who claim’d
nothing that Dante
Gabriel Rossetti did
matter’d “a damn,”
privately pictured him
sweeping inconstant fingers
over “the heart-
strings of innumerable
hearts,” calling out
the music within.
Clement Clarke Moore,
composing the Homeric
metaphor, “As dry
leaves before the
wild hurricane fly, /
When they meet
with an obstacle,
mount to the
sky . . .” likely recall’d
the Shakespearean tag
(out of Coriolanus),
“As weeds before /
A vessel under
sail, so men
obeyed and fell . . .”
What is literary
history?

Barthes (out of the 1975 Roland Barthes, under the title “Lisible, scriptable et au-delà ~ Readerly, writerly, and beyond”):

In S / Z, an opposition was proposed: readerly / writerly. A readerly text is one I cannot rewrite (can I write today like Balzac?); a writerly text is one I read with difficulty, unless I completely transform my reading regime. I now conceive (certain texts that have been sent to me suggest as much) that there may be a third textual entity: alongside the readerly and the writerly, there would be something like the receivable. The receivable would be the unreaderly text which catches hold, the red-hot text, a product continuously outside of any likelihood and whose function—visibly assumed by its scriptor—would be to contest the mercantile constraint of what is written; this text, guided, armed by a notion of the unpublishable, would require the following response: I can neither read nor write what you produce, but I receive it, like a fire, a drug, an enigmatic disorganization.

And, under “Une société d’émetteurs ~ A society of transmitters”:

I live in a society of transmitters (being one myself): each person I meet or who writes to me, sends me a book, a text, an outline, a prospectus, a protest, an invitation to a performance, an exhibition, etc. The pleasure of writing, of producing, makes itself felt on all sides; but the circuit being commercial, free production remains clogged, hysterical, and somehow bewildered; most of the time, the texts and the performances proceed where there is no demand for them; they encounter, unfortunately for them, “relations” and not friends, still less partners; so that this kind of collective ejaculation of writing, in which one might see the utopian scene of a free society (in which pleasure would circulate without the intermediary of money), reverts today to the apocalypse.

Writings “clogged, hysterical, and somehow bewildered”? Writings writ in order “to contest the mercantile constraint of what is written”? Is Barthes’s receivable referring (avant la lettre) to the kind of unreadable “unpublishable” represent’d by items like Kenneth Goldsmith’s Fidget, &c. Why, in an era of completely demolish’d “mercantile constraint” (it is here, I am supplying these words freely), would such a receivable exist? Certainly one’s hard-press’d to see any utopianism in Goldsmith’s mechanical transcribings. Apocalyptical, but only laughably so. (Bourdieu’d surely offer one approach.) And, glancing through indefatigably log-rolling pages of Marjorie Perloff’s Unoriginal Genius: Poetry by Other Means in the New Century (University of Chicago Press, 2010), one pictures Goldsmith giddy with the success of such compilations of hysteria. Perloff attempts at one point to bind a list of “Names of magasins de nouveautés” out of Walter Benjamin’s The Arcades Project to Goldsmith’s “work”:

Here the seemingly sober catalog of names looks ahead to the cataloging of such recent long poems as Kenneth Goldsmith’s No. 111 2.7.93–10.20.96, with its constraint-generated alphabetically organized syllable lists.

(Footnoting rather clumsily, and repetitiously, Perloff reduces the strength of the proposed Goldsmith connection to Benjamin’s famously unfinish’d Passagenwerk. She writes: “This encyclopedic poem collects all the phrases collected between the title dates that end in sounds related to the sound er (schwa), organized alphabetically by syllable count, beginning with one-syllable entries for chapter 1 and ending with the 7,228-syllable The Rocking Hose Winner by D. H. Lawrence.”) Perloff’s grander argument—attempting to determine the pulse of the era (or to direct it?) with so many contending arms waggling around (think of Kali, goddess of time and change)—seems design’d to match the ineffable dumbing-down of discourse un peu partout. After quoting the openings of several “famous American poems” of the “pre-Language” ( dirait-on) period, poems by Bishop, Ginsberg, Plath, James Wright, Levertov, and Ammons (“these are poems of strong individualistic cast: each has its own voice, its own discourse radius, that connects it to other poems by the same author”), Perloff writes:

Language poetry had as its explicit aim to oppose such “natura”l expressivist speech, such individual voicing and accessible syntax. But for the most part—and this has been insufficiently recognized—the poets . . . did accept their predecessor’s trust in invention, in the poet’s power to create unique parole from the language pool of the culture—a parole framed to resist what Adorno had defined as the culture industries. In the climate of the new century, however, we seem to be witnessing a poetic turn from the resistance model of the 1980s to dialogue—a dialogue with earlier texts or texts in other media, with “writings through” or ekphrases that permit the poet to participate in a larger, more public discourse. Inventio is giving way to appropriation, elaborate constraint, visual and sound composition, and reliance on intertextuality. Thus we are witnessing a new poetry, more conceptual than directly expressive . . .

Perloff then quotes Gerald Bruns’s pointing to a shift—he’s talking about John Cage’s “writings through” of Finnegans Wake: “linguistic competence, in which the subject is able to produce an infinite number of original sentences . . .” now replaced by “pragmatic discourse that appropriate and renews what is given in the discourse.” “Dialogue,” though, never ceased. One senses its new meaning chez Perloff is mostly scoop and deposit and run—the culture industry become the ground and means for a kind of self-satisfy’d busywork. And evidence of “a larger, more public discourse” is sorely lacking. (Margaret Fuller: “We shall have much communion, even if not in the deepest places.”) 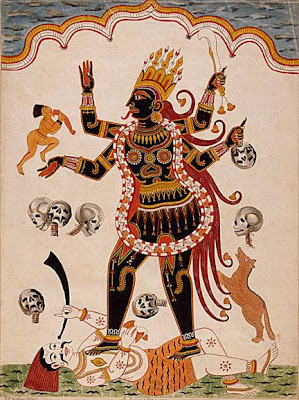