The kind of thing one is (or, used to be) warn’d against: scooping here and there, “joyning or disjoyning” the intelligibles in a de-contextual romp. Et maintenant? We all do it, unthinkingly. Mash-up extravagance and pulp. The conventions: insouciant seamlessness (or its rakish paramour, steamy ragamuffin-ry, rags and stitches); “dead to rights” ambuscades of innocents (il n’y en a pas); disarming amateurishness; The Registry® with its product code; déjà recumbent sexuality (or “up, brutal, spouting” like a boxer, or a dancer); pitiable “no nature” chicanery (as if no coyotes slink just downwind, slavering and anticipatory); bookishness in a world increasingly “bereft” of books. Contravenings: none.

One walks to work under the snow-dirty’d sky, incipient gobs of the stuff unbolt’d and descending songless and grim out of the upper reaches, ripcords pop’d, just sailing. . . Thinking: “my cogito’s broke.” Thinking: “expression is the need of my soul . . .” Restlessness’s unherald’d Mehitabel. Thinking: “ununoctium is probably not a noble gas.” Thinking (Benjamin): “The quotations in my works are like robbers lying in ambush on the highway to attack the passerby with weapons drawn and rob him of conviction.” How I love Paul Valéry’s “Je suis l’instable.” And, too, “Le moi est la réponse instantanée à chaque incohérence partielle—qui est excitant.” Self-evident intent short-circuiting itself: the sky lifting itself up—on all fours, hind end first, like a shaggy tick-rid dog—“against” the stable array of its own flung-off snow. Thinking: is Valéry’s spout there (out of Monsieur Teste) merely a reprise of Rimbaud’s nonchalant (and twice-toss’d forth) “Je est un autre”? (Rimbaud to Georges Izambard, May 13, 1871: “Je est un autre. Tant pis pour le bois qui se trouve violon.” I is another. Too bad for the wood that finds itself a violin. Rimbaud to Paul Demeny, May 15, 1871: “Je est un autre. Si le cuivre s’éveille clairon, il n’y a rien de sa faute.” I is another. If the brass wakes up a bugle, it’s not its fault.) Vatic heebie-jeebies under the stern stare of the gods. Roaring about nothing in a world plug’d full of such roaring.

The Vancouver Island rain forest is such a towering closed system of such imposing scale it seems almost to levy an unexpected silence on its smaller creatures within the sun-streaked, dark, Jules Vernesque beauty of its hold. It is the hushed, fey, concentration of the banana slug rather than the exultant chorus you would find in a less specialized temperate woodland, and it makes one pause and strain to imagine the fierce matrimonial din of the tree-frog music in these same quarters in early spring.

The vacillatory clutch, desire ineffably bending to one’s lack. With the usual unrenderable fluster of inordinance and excess, one thinks to admire that “hushed, fey, concentration”—counter to the din one just now exult’d in. Counter to that high-strung rope bridge one sought to run along with it unbraiding behind . . . One longs for the limit’d, the closed system’s mete imposings. Ah, for sluggardry and ensconcement unreft! Some fortifying “hold” beyond mere vagary. “To banysh ryot, idlenes, ruffianynge, vagabuncie &c.” The noble gases under standard conditions: “odorless, colorless, single-atom’d, with low reactivity. Formerly call’d inert.” Bah. Off tomorrow. . . Semarang, Larnaca, Aden, Harar. 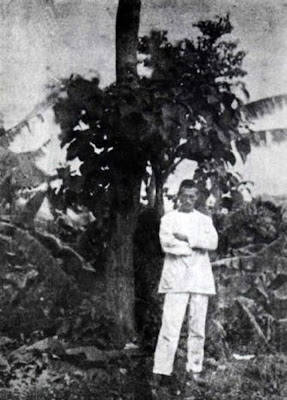