Morning’s high chop and froth of clouds off in the lemony east. A bird making a noise like “hyacinth, hyacinth” again and again, like a tiny cutlass slicing the air. Found in a note: “To stop pretending that it’s the word that thwarts the poet’s delivery of pure poetry.” Reading Cage (the 1961 “Lecture on Commitment”):

Now we come to the subject of discontinuity in relation to commitment. Say I’m committed. Say somebody interrupts me while I’m working. If I let him . . . then I get discontinuity. I can of course say: No, don’t bother me, thereby losing the opportunity of renaissance.

Akin to Ashbery’s peremptorily loose commitment—that anticipatory-rehash-of-some-upcoming-salient sort of thing—in league with the damnably thwart-the-contemplatory “era” (he’s talking—in Michael Palmer’s Code of Signals—about the “clash of the voices” in the two-column poem “Litany” and the resultant loss of “enormous amounts of the text”): “I think we’re constantly in the middle of a conversation where we never finish our thoughts, or our sentences.” Intermittent signal, perennially disrupt’d. (Ashbery admits to writing “best when there are a lot of distractions around just because that seems to be the situation of life. I always answer the telephone when I’m writing, and it very often helps me with what I happen to be writing.”) The sitch. Commitment to that. (Cage uses the word “aorder.”) Fine for a mimesis, for a way of weathering the extravagant weather of the “era”: what if, though, some prairie-jerkwater sees anomie and dyspepsia in the hurry-scurry clip of distracts? What if utopia lies in constancy? What if one longs for a life “tranquilly Titicaca” (Williams), for the long cold slake of thinking untorque’d by the random disconcerting niggles of the actual? (Williams: “Life’s processes are very simple. One or two moves are made and that is the end. The rest is repetitious.”) What if one longs, repeatedly, to avoid the repetitious, to allow the formulaic renaissance monkey its run unleash’d, somewhere out beyond the usual frenetic cavortings there in the “zoo of the new” (Plath)? The “hyacinth” bird of the morning newsreel’s quit. Neighbors gun truck-engines and shout. Olson, in The Special View of History (1956), culling statements to get Hegel’s “picture of Dialectic”:

“the extreme of one state of action suddenly
shifting into its opposite”
“it is the dynamic which lies at the root of
every natural process, and, as it were, forces nature out of itself.”

A final phrase that I find, frankly, creepy. Retro-dominant. (Olson, too: “If order is not the world . . . then order is man.”) In Pound’s versions of Rémy de Gourmont’s 1915 Poudre aux Moineaux, a lovely thing:

In the near-arctic, the pale oblique sun and the whitish unanimity of the landscape either suppress shadows almost altogether, or give them excessive value. The gods of Scandinavian mythology may have for origin these colossal figures, fantastic, disproportioned, which the early Norsemen saw before them in the indefinite perspective of the snowscape.

(“Poudre aux moineaux”—powder sparrows—is used largely in a phrase meaning to spend recklessly to no end, vainly, uselessly, profusely. Rather like writing poetry.) What I love: the blankness of the world vacillant with the sudden colossal excess, the self mere vehicle for plenitude’s delivery. Another de Gourmont (evidence of the world’s order):

There are insects whose life is more logically proportioned than ours: one act for eating, one for sleep, one for l’amour. For the first act they have a sort of repugnance; for the second they fold up, seem oldish, become dry as one’s boot soles, but for the third they put on their finest raiment, and having supressed the horrors of digestion, they can hardly be persuaded to suck the honey from flowers to keep from dying of thirst.

Full up sun newly invent’d, a caustic pour’d over a dime. Or pour’d to cauterize a bleeding wound in the sky (Apollinaire’s “Soleil cou coupé”). Or in the ground: a flower springing up out of the dark blood of Hyacinthus slain, its petals mark’d with grief-script’d letters: aïe, aïe. Hardly even a word, it is. 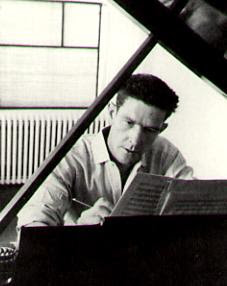