The Usual Fruitless Ruckus to Avoid the Unexpungeable Acquittal

Sense of a lag, unfocus’d. A buoyant refusal to offer the usual distill’d critical sour mash, the unconfound’d debris of a moment’s “literary” acquittal. That “sedulous as I have been to trace / How Nature by extrinsic passion first / Peopled the mind with forms sublime or fair, / And made me love them” (Tintern Abbey meets Tin Pan Alley) kind of pre-finger’d squeeze-box ditty repeatable: no thanks. I am certain the precinct news is of use, I am sure its use is limit’d. So I throw casuistry to the breezes, dun my own persistence with a sneer. Shimmy blackly-expectorant in sloppy nihilist light. Some days one’d rather read—in the Notebooks of Henry James—nothing beyond the interspersed lists of names, skipping the ham-hand’d vulgarity of plot, numbering the exorbitances of the world mark by mark, pixil by pixil:

Such implacable data-jotting, the remaining pages largely fill’d with skinny summary, dopey “treatment”: “There is no harm in him save that he’s an ass and a snob. His wife is really much more of a person, clever, independent, whimsical and easily-bored. She tires of him, and of his platitude, and of that of the world they live in, and takes a lover. She has already had 2 children. She commits herself, is compromised, discovered and divorced. The lover is an homme sérieux, he marries her. Change of scene and situation. She becomes a serious ‘earnest’ woman—deploring the levity of her 1st husband, the way he brings up their children, whom he has been able to keep. He marries again and has another child—as she has. 2d wife a goose but ‘good.’ She dies.” How is it that one who’s capable of writing that percolates up like light (floody with promptitude) could render such unconstrain’d mawk? Perhaps the story of a “goose” is akin to the fourteen lines of a sonnet—a canned plan, trigger and constraint. James: “We may traverse acres of pretended exhibitory prose from which the touch that directly evokes and finely presents, the touch that operates for closeness and charm, for conviction and illusion, for communication in a word, is unsurpassably absent. All of which but means of course that the reader is, in the common phrase, ‘sold’—even when, poor passive spirit, systematically bewildered and bamboozled on the article of his dues, he may be but dimly aware of it.” That, in a curious “Preface” to The Golden Bowl in the 1909 New York edition. (How routinely it occurs “today,” one hundred years down the unswerving road—that one be “systematically bewildered and bamboozled” by exactly such “unsurpassably absent” prose. The patchwork unreadable, the merely concoct’d, the modishly gull’d, the poindexter’d up . . . So little evidence of lurch and retrieval, of blunt propulsory thrash through brack and sustenance undwindling: one settles for the little, the inane, the clever, the tidy, the glean’d . . .)

It is scarce necessary to note that the highest test of any literary form conceived in the light of ‘poetry’—to apply that term in its largest literary sense—hangs back unpardonably from its office when it fails to lend itself to vivâ-voce treatment. We talk here, naturally, not of non-poetic forms but of those whose highest bid is addressed to the imagination, to the spiritual and the aesthetic vision, the mind led captive by a charm and a spell, as incalculable art. The essential property of such a form as that is to give out its finest and most numerous secrets, and to give them out most gratefully, under the closest pressure—which is of course the pressure of the attention articulately sounded. Let it reward as much as it will and can the soundless, the ‘quiet’ reading, it still deplorably ‘muffs’ its chance and its success, still trifles with the roused appetite to which it can never honestly be indifferent, by not having so arranged itself as to owe the flower of its effect to the act and process of apprehension that so beautifully asks most from it. It then infallibly, and not less beautifully, most responds; for I have nowhere found vindicated the queer thesis that the right values of interesting prose depend all on withheld tests—that is on its being, for very pity and shame, but skimmed and scanted, shuffled and mumbled. Gustave Flaubert has somewhere in this connexion an excellent word—to the effect that any imaged prose that fails to be richly rewarding in return for a competent utterance ranks itself as wrong through not being ‘in the conditions of life.’

And so one is shunt’d off to the bear (“I am a bear and want to remain a bear in my den”) of Croisset’s nights of striding, endlessly voicing an imperfect sentence into the Seine-lull’d air, running it up against the permutatory of sound itself, growling it down to an acceptable mean registry. James calling for sounding against the morass of the quotidian belittlers, constructors of the usual myopic dull. (I love the finessed casualness of that sentence: “I have nowhere found vindicated the queer thesis that the right values of interesting prose depend all on withheld tests”—with no hesitancy one’d suggest it apt to Ron Silliman’s minable (Fr.) maunderings attempting to prop “up” the “New Precisionists”—some “withholdings” being conceived not in liberty, but in deficiency, lack, or dire complacent competency . . .) 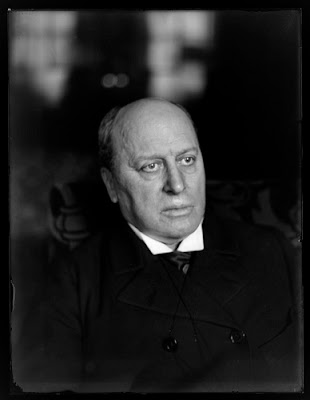