Out of Jean Echenoz’s Running (The New Press, 2010), translated by Linda Coverdale, a slightly pinch’d and sardonic telling of the feats of the defiantly un-stylish (“No, no, he says, form is all nonsense . . . my problem is that I’m too slow”) Czech long-distance runner Emil Zátopek:

For six years, the next two thousand days, he will be the fastest man on earth over long distances. To the point that his last name becomes for everyone the incarnation of power and velocity, joining that small army of synonyms for speed. This name of Zátopek that was nothing, that was nothing but a funny name, begins to clatter around the world in three mobile and mechanical syllables, an inexorable waltz in three beats, galloping hooves, the throbbing of a turbine, the clacking of valves or connecting rods punctuated by the final k, sparked by the initial z that darts off already quite fast: say zzz and it’s speeding right away, as if that consonant were a starter. Plus the fact that a fluid first name lubricates this machine: a can of Emil oil comes with the Zátopek engine.

Echenoz’s book begins c. 1939 with “The Germans have entered Moravia” and ends c. 1968 with “The Soviets have entered Czechoslovakia”—the thirty years wherein the vicissitudes of Zátopek’s running (and competing) occur (a short speech deliver’d to a protest gathering in Prague’s Wenceslas Square following the Soviet occupation results in Zátopek’s being fired (Director of Sports at the Ministry of Defense). And: “expelled from the Party, cashiered from the army, denied the right to live in Prague.” He ends up (after one assignment to “work in a warehouse in the uranium mines of Jáchymov . . . an open-pit mine where uranium ore is crushed without any ventilation or sprinkler systems to reduce the radiation, heavy dust, or radon” and one with “the official title of geologist” where he’s required to “dig holes for telegraph poles”) a file clerk. Against a story of perseverance (and gently-acceded-to, inevitable decline): pervasive questions of form, its lack a kind of triumph. Regarding Zátopek’s:

. . . you’d think he was excavating, like a ditch digger, or digging deep into himself, as if he were in a trance. Ignoring every time-honored rule and any thought of elegance, Emil advances laboriously, in a jerky, tortured manner, all in fits and starts. He doesn’t hide the violence of his efforts, which shows in his wincing, grimacing, tetanized face, constantly contorted by a rictus quite painful to see. His features are twisted, as if torn by appalling suffering; sometimes his tongue sticks out. It’s as if he had a scorpion in each shoe, catapulting him on. He seems far away when he runs, terribly far away, concentrating so hard he’s not even there—except that he’s more there than anyone else; and hunkered down between his shoulders, on that neck always leaning in the same direction, his head bobs along endlessly, lolling and wobbling from side to side.

I am tempt’d to make of that some kind of rictus’d analogue to writing styles—the all-out inelegance of the explosive accumulators—say, Bernadette Mayer, or Alice Notley, or the O’Hara of what Ashbery calls the “French Zen” period, where the faults of “posturing” (“Oranges”) and “obfuscation” (“Second Avenue”) “don’t impair but rather make the poem—whose form is that of a bag into which anything is dumped and ends up belonging there.” (Though, if Echenoz is making a case for “dumping” he’s doing it in a rather fussy, restrain’d way.) Writing, though, that daily regimen, the imprevaricable doing of it: “Making the machine run, constantly tinkering with it to tease out better and better results, is all that counts and that’s why, frankly, he’s not a pretty sight. It’s because he doesn’t give a damn about anything else.” 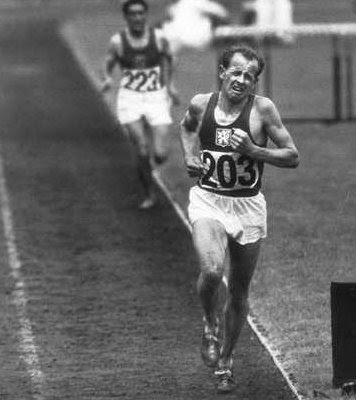 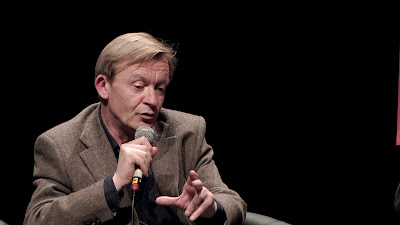