Humidity’s drench and distract, off-load’d air. Spent innumerable hours yesterday trying to determine what—sheer velocity, syntactical gyp, the taut hints of loss, the handwriting itself—makes Lorine Niedecker’s “Next Year or I Fly My Rounds, Tempestuous” (the twenty-seven pieces writ c. 1934 in the pages of a small desk calendar ending with the ecstatic “Jesus, I’m / going out / and throw / my arms / around” and including things like “If you circle / the habit of / your meaning, / it’s fact and / no harm / done” and “That’s sweet / on a target— / nobody’d know / the ham line. / Holes are too / late nowa- / days. One / freak ass to wire”) so nervy and implacable. Try it yourself (I try’d it myself): “To de-ice / all that’d gone / ‘wintry, Cal- / vinist, & capitalist’ / required a suds / bucket, a min- / now bucket.” Or: “I balk at the / stoppage of / that limb’s / rescinding / pull.” Items seemingly wrought with hand-wringing, commemorative of a studiousness Niedecker’s lack. (See: “Summer— / I don’t hum / the least of my / resistance, / I give it a fly.”) Composing query: did Niedecker write “Next Year or I Fly My Rounds, Tempestuous” in a flurry—the title’d seem to suggest it—having prepared the calendar in advance by gluing white slips to its existing homily-rid pages? Is part of its meaning the improvisatory? (Jenny Penberthy notes of the piece—“Dated by LZ ‘Xmas 1934’” and reports it “found by the editor” in Zukofsky’s papers in Austin. “The calendar’s original text is only just legible bearing platitudes such as ‘True bravery is / shown by performing / without witness what / one might be capable / of doing before all the / world’ (Jan. 13-26).”) Some duds do occur. I’d wager that the way the end of “Dali’s ‘Archeological / Reminiscence of Millet’s Angelus’ / Strike a thrall. / Bring an ear- / drum up to a / laughing order / at spittle point. / For tipped aurals / and aluminum / casticulars” veers off into throwaway neologism signals a sense of failure (the way an engraver’ll scratch out a spoil’d plate). Or is “casticulars”—the scratch-out—related to something like chastity or chastisement—aluminum the most chaste of metals—by way of “castical” or “castigable”? I don’t know. Certainly the Dali—and the Millet—configure something of the stark brittleness of distant devotion. 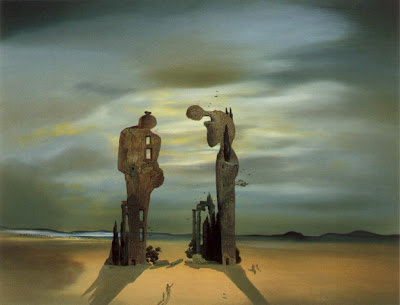 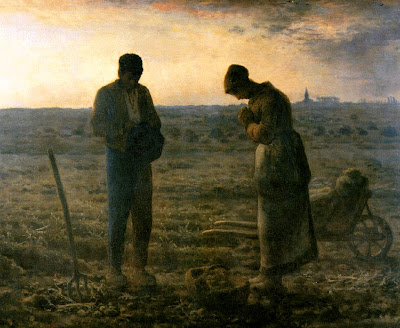 
Seeing the figures in the paintings pushes “at” the sequence in new ways: the Dickinsonian “The satisfactory / emphasis is on / revolving. / Don’t send / steadily; after / you know me / I’ll be no one” and the initially neutral “To give / heat is within / the control of / every human / being” become admonitory, severer. Even that “laughing order / at spittle point” seems suddenly less a spasm of Niedecker’s (earlier) surrealism and more of a possible reprimand. Another “dud”—“The monster died / of his last breath, / ate a honey and / grew waxen”—is so, one suspects, because of its easy narrative surreal—versus something like “I talk at the top / of my white / resignment”—where a syntactical feint (“resignment”) disables the mounting semantic expectancy (“top of my lungs,” “white heat”) with a blinding kind of truth (see Dickinson again).

Enough of that. Prodding at something I wholly love—Niedecker’s “common dealtout food”—“no better reading / than keeps us destitute.” I’d intend’d to ramble off about Berryman and Pound, or, precisely, Berryman’s piece call’d “The Poetry of Ezra Pound” (written originally for James Laughlin as an introduction for a Pound Selected Poems—according to John Haffenden in The Life of John Berryman (1982), “Laughlin thought it too profound to inveigle students and the general public. When Berryman denied the point, calling his work ‘deliberately SIMPLE-MINDED,’ Laughlin skirted an argument by proposing that the piece be used to introduce a separate issue of Personae.” Eventually Laughlin drop’d the piece and Berryman print’d it in the April 1949 Partisan Review.) Berryman, therein:

All the ambitious poetry of the last six hundred years is much less “original” than any but a few of its readers ever realize. A staggering quantity of it has direct sources, even verbal sources, in other poetry, history, philosophy, theology, prose of all kinds. Even the word “original” in this sense we find first in Dryden, and the sense was not normalized till the midcentury following. . . . Poetry is a palimpsest. . . . but our literary criticism, if at its best it knows all this well enough, even at its best is inclined to forget it and to act as if originality were not regularly a matter of degree in works where it is worth assessing at all. A difficulty is that modern critics spend much of their time in the perusal of writing that really is more or less original, and negligible.

What Berryman attempts, is to argue that Pound’s subject is largely himself. Of the critical reaction to the Pisan Cantos—so “personal”—Berryman writes: “The Cantos have always been personal, only the persona increasingly adopted, as the Poet’s fate clarifies, is Pound himself.” (Ammo or permission of sorts, one supposes, for Berryman’s own Dream Songs with persona “Henry, a white American in early middle age sometimes in blackface, who has suffered an irreversible loss and talks about himself sometimes in the first person, sometimes in the third, sometimes even in the second; he has a friend, never named, who addresses him as Mr Bones and variants thereof.” 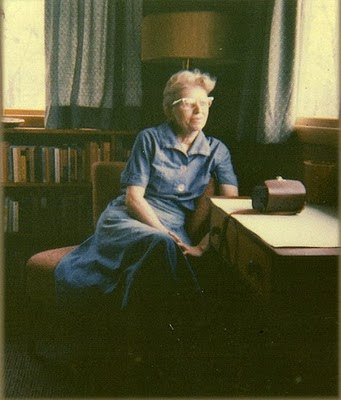