Hardly a day goes by—
I see another’s come around
to bushwhack the impecunious insolvency
of my style: brusquely “put
down” it is, without a
word. My team didn’t even
win the marathon, opting out
of the final lap, determining
a stack of square burgers’d
ravish our hungers better unfuel’d.
Of general remarks: none. A
glorious spate of interrupts—I
like how Berryman says “buckt”—
that seventeenth century skint orthography
grabs at my insincerity, puts
a tensile countenance, a succor
to what a word is,
like saying “Ther is ane
eirb callit helytropium, the quhilk
the vulgaris callis soucye.” Language
isn’t, after all, a soucouyant,
sheds no skin to suck
constancy out of no incommensurable
thing, malign, devilish and dogged.
Sun’s up, the herb’s a-
turning, saucy, imperturbable, and quick.

Being what out’d in lieu of the usual “consider’d.” My pitiably rusty chops. I found, browsing the library’s new book shelf, a book by George Bowering call’d My Darling Nellie Grey (Talonbooks, 2010), being the results of Bowering’s self-ordain’d chore—shortly after turning seventy—of writing a poem a day throughout 2006. Akin to my suddenly epigone’d tussle with “A YEAR” in 2009. Bowering begins January with what he calls “familiar music, the way I made poetry when I could do it the way I like to read”—a laconic elegiac riff call’d Crows in the Wind. One part:

I watched my father
take a bar of white soap
into the lake,
knew I was learning
another way of my people.
We wash
in the place where we play, we
work there too, we don’t
call it “nature,” it is only
what is afforded us,
we take
a bath and what is granted
and give back what we can.

And, at January’s end, eleven months looming, Bowering writes, reconstructing the trajectory: “I said, all right there will not be another part like that” and determines that each month’s writing’d be confront’d by a “challenge”: “I would write poems with formal rules or distractions I called ‘baffles.’” So one finds (March) a series of Brainard-inflect’d “I Remember” poems about Bowering’s parents:

I REMEMBER my mother and father mentioning the time my mother fell off a horse and landed hard on her head and knocked herself out, and for years and years I didn’t know whether it was a gymnasium tumbling horse or a real animal horse, because I sort of knew that my mother had been brought up on a farm back in the hills, and when my father walked the hills to her place, he was ten years older than she, and there were her brothers sitting on the fence rail, with or without a rifle, probably without.

Bowering’s May (Montenegro 1966) draws material out of a travel diary kept during a six-week Volkswagen bug drive through Europe, forty-years earlier:

In a roadside pub on the A12
we enjoyed sour cow cream with coffee flavouring
and a blotter sandwich.
The British at their leisure
must be thoroughly miserable, swim
in the North Sea in March, at
pebbled beaches, pump warm air
into packed theatres. Their toilet paper
is flexible glass. When an English child is born
she is swaddled in sandpaper.
It provides the character that won the British Empire
and invented the wing collar.

At Wivenhoe they gobble their jellied eels
spending lunch hour in a dark alley
with a scuffed soccer ball.

But in one crooked little town
we passed under a row of hanging bells
that will brush the top of a truck
too high to pass under the bridge up ahead.

Bowering’s June routine (Some Answers) “took famous questions posed by famous poets in their famous poems, and wrote what I think is a poem made up of replies to those questions.” Thus:

“Can knowledge be conveyed that isn’t felt?”

I’ve heard your answer to that
in your clear-spoken poems.

I’ve heard the loud birds over your cabin,
and seen the fish jumping out of the river.

I don’t think I learned anything; I felt
what I’d call “nice,”

though I’d been puking all day. You
toiled your whole life in an America

no one imagines. Knowledge is piled
in city libraries and police stations.

There’s a popcorn can lid nailed over a hole
to keep winter from mousing into your kitchen.

You got that across.

The “clear-spoken” inhabit Bowering’s work. August (According to Brueghel) presents a series of pieces imitant of Williams’s “Landscape with the Fall of Icarus” out of Pictures from Brueghel. (Bowering: “In school we had learned that W. H. Auden, too, had written about this painting, but he had used it as an example of something. In contrast to that, the Williams poem offers his line of thought while focusing his eyes on the picture. So his poem begins, “According to Brueghel when Icarus fell it was spring.” The poem goes to the bottom of the page in short lines without graphic punctuation, a stream. There we find the little detail of legs in the landscape, something a viewer of the painting might not notice until his eyes at last go to the bottom right corner of the canvas.”) Here’s one of the pieces “imitating the form found by my hero WCW”:

According to Brainard
the sky has
ten stars

one crescent moon
a yellow butterfly
and many flowers

some perhaps
in a vase
we see

something torn
and remember
that most of Emerson

heads for a
star if you turn
off the lights

in collage
how is anything
far or near 
It seems clear that Niedecker, too, ’s a Bowering hero. November (Valley) makes a “humble offering to Lorine Niedecker” in the form of the five-lined handwrit stanzas of Niedecker’s Paean to Place. Bowering’s scrawl’d homage begins:

Cactus
sage
& snake
where I walked
my valley

or a Max Brand
novel, filled with
unlikelihood & cactus . . .

Something terribly refreshing about Bowering’s easy self-deprecating humor, ferocious integrity and sense of identification with the unlucky, the lost, the poor, the stray’d—see lines like “sat with motorcycle dudes drinking / mai-tais under a 90 degree / overcast” or—of a Jacob Holdt picture of shoeshining “black boys . . . looking down because that is their work”—the sneer in “One can guess that at least / one of these white men has recently sworn on the altar / of God his hostility against every form of tyranny.” And something generous about the brisk unaffect’d clarity of the work.

Regarding “A YEAR”: the indefatigable Bob Arnold of Longhouse recently print’d a selection of a dozen or so un-Isola di Rifiuti’d pieces of the poem in a booklet call’d A YEAR (Days Off). 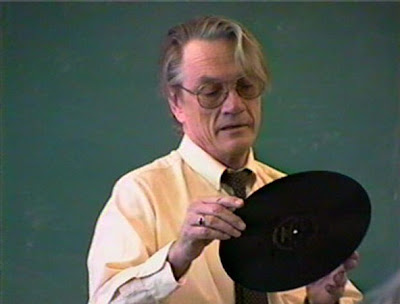