Fatigue undoes its boots whilst a thunderstorm (currently adjusting its suspenders and harrumphing loudly in Jackson Co., moving easterly at an amateur bicyclist’s top velocity) approaches: “a temporally evolving, nonlinear system that is descriptively noncompressible and subject to pattern bounded unpredictability . . . a thing mark’d by the rubric ‘deterministic chaos’” (paraphrasing Joan Retallack). One local unpredictability: what the book—splay’d out in a fell hebetude like a “half-clad reeling whiskerando” (Melville)—is going to offer up against the rump disorder of the brainpan with its unsung policy of a commensurable containment, ouch. Or “arch.” Emerson says, “Every new writer is only a new crater of an old volcano,” so likely one oughtn’t so readily go mercantile and avid to fire up the angelic multitudes of the “new” regarding the daily gnin-gnin. Or “nyah-nyah.” It’s likely clear “by now” that—here, soldiering forth (art’s own little mercenary—or “contractor”—comme tout le monde) I got little in my kit bag, a sock without a mate, a breeze off the Adriatic, a pouch of dirty rice, a book, a bust’d blues harp, key of C. (Everything of need—or “use”—lies in the book.) Somewhere Klee hints that “only the transitory remains”—that is, the world is the subject, just not the visible world. Georges Perec, out of Species of Spaces / Espèces d’espaces (1974), a piece beginning with “The Page”—and Henri Michaux’s epigraph, “I write in order to peruse myself”—and ending with “Space” (“Since 1984, small planet No 2817 (1982 UJ) has borne the name of Georges Perec”):

To see something in reality that had long been an image in an old dictionary: a geyser, a waterfall, the Bay of Naples, the spot where Gavrilo Princip was standing when he shot at Archduke Franz-Ferdinand of Austria and Duchess Sophia of Hohenberg, on the corner of Franz-Josef Street and the Appel Quay in Sarajevo, just opposite the Simic Brothers’ bar on 28 June 1914, at 11:15 a.m.

To cover the world, to cross it in every direction, will only ever be to know a few square metres of it, a few acres, tiny incursions into disembodied vestiges, small incidental excitements, improbable quests congealed in a mawkish haze a few details of which will remain in our memory: . . . a covered gallery in the souk at Sfax, a tiny dam across a Scottish loch, the hairpin bends of a road near Corvol-l’Orgueilleux. And with these, the sense of the world’s concreteness, irreducible, immediate, tangible, of something clear and closer to us: of the world, no longer as a journey having constantly to be remade . . . but as the rediscovery of a meaning, the perceiving that the earth is a form of writing, a geography of which we had forgotten that we ourselves are the authors.

And how is it (the thunderstorm pass’d, now off east finicking its damp and roil’d skirts) that—gaze falling here and there (damn’d post-geographic vacancy), in a desert of thinking, I’d pull down Peter Russell’s The Elegies of Quintilius (vaguely wondering if Peter Russell’s kin to the Peter Russell Javier Marías model’d ex-MI5—or MI6, or both—Sir Peter Wheeler “on”) and read (Russell’s appending a note regarding the words oleo foetido coci: “Mr Robert Graves informs me that the coconut palm was not introduced into North Africa until the 7th or even 8th century, that is after the Islamic conquest. He is of course absolutely right: the text has oleo foetido coci—which, with the clamorous ‘ground-nuts scandal’ of the Socialist Government in Britannia in 1948 / 9 in mind, but considering ‘ground-nuts’ or ‘monkey-nuts’ beneath the dignity of the sublime style of Quintilius, I anachronistically chose to substitute “coconut palm” (for which as far as I can tell there is no word in either Classical Latin or Greek—for Cocos nucifera is definitely post-Linnaean)—the coconut seeming apt in this case for its overtones of Quintilian buffoonery.” Excellent high satire à la Alexandra Papaditsas and Kent Johnson’s The Miseries of Poetry. One expects a Marx Brothers reference at any moment.) A page or so along:

On the other hand it is equally possible that Q. by a lapse of his pen, or of his at times defective memory (especially during the residence at Sfax—vide infra), had in mind oleum coci, for oleum coqui—a vernacular misspelling common enough among slaves and the baser sort—and so simply meaning inferior cooking oil. That it was foetidum, that is rancid, tends to bear out this theory, particularly since the occasion is called forth in the plebeian and marcescent city of Sfax.

Ah, congruity and efflorescence! Oughtn’t that pensée pascalienne read: “When I consider the brief span of the night and its morning, my life absorb’d by writing—the small space I occupy swallow’d up in the immensity of spaces, I am alarm’d and astound’d at writing this rather than that: there is no reason for writing this thing rather than some other thing. Why did I do it?” 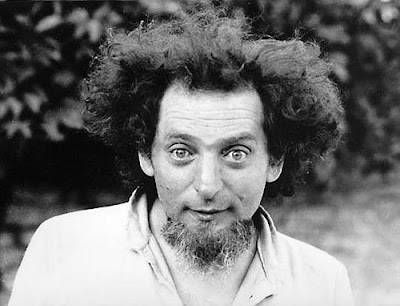