Who’s got that line about Gerard Manley Hopkins “tonguing some irrevocable Rodney”? That’s what the sloth of summer brings, mischievous rabbitings on, chortles to oneself. I read the Cole Swenson-translated The Real Life of Shadows by Jean Frémon (The Post-Apollo Press, 2009). Frémon, novelist and art critic, is author, too, of the terrific Island of the Dead (Green Integer, 2003), and of The Botanical Garden (forthcoming out of Green Integer, see an excerpt here), translated by Brian Evenson. In The Real Life of Shadows Frémon, deftly and sparingly retells a number of stories of artists (painters and others). Out of “Giotto’s O”:

It was said that Giotto, always a clown, had once painted a fly on the nose of a portrait that Cimabue was working on. The master, returning to his painting and simply thinking that the fly had been attracted by the egg in the tempera, tried several times to brush it away before he realized the trick.

Frémon relates the story (out of Vasari) of Giotto’s response to a papal messenger’s request for a drawing demonstrating the artist’s skill: how he drew, in red paint, a perfect circle. Frémon’s veering final paragraph: “‘Rounder than Giotto’s O’ became the term for a dullard who could be easily duped. In Tuscan, the same word is used to indicate both a circle and a limited mind.”

In “Anthea,” Frémon tells the story of a couple who, in Italy, taxi out “to Capodimonte for the sole reason of looking one more time at a full-length portrait of an unknown young woman.” Returning, they dine (“sea bream done in wild water and a bottle of Greco di Tufo”) and argue a little, made restless by the inescapable memory of the portrait. That “wild water”—“They call cooking water wild when they’ve added sparkling Asti wine and a good dose of aromatic herbs—parsley, basil, oregano, fennel, and minced garlic”—is made counterpoint to “the uncanny gift of the fixed image . . . ubiquity, the paradox of a double nature.” Frémon:

Who was she? What was she to him, the painter from Parma, carried off by his love of the alchemical? We would have liked to know. Of what crime she’d been accused that made her, with her hand poised low on her chest, so silently protest her innocence as she looks you straight in the eye. And how this arm, just slightly completely out of proportion as it starts to come forward, makes her so close, as if the image had been startled out of itself, out of its two dimensions, to take on a body and almost reach us. 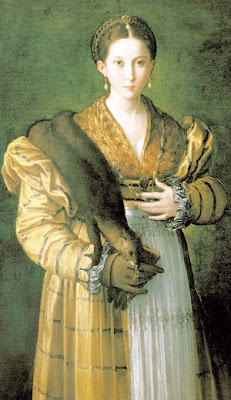 Oddly, though there’s a number of pieces included that are out of it, Swenson’s The Real Life of Shadows is not a translation of Frémon’s La Vraie nature des ombres (P.O.L., 2000), a book about twice the length—including the long piece call’d “Proustiennes” [I see now that Proustiennes, translated, too, by Brian Evanson, is an announced title for Fence’s La Presse Books collection]—and append’d with both a list of “livres cités” and an index, the latter a lovely measure of Frémon’s range of reading and writing. See (randomly):

And so forth, with Keith Waldrop preceding Robert Walser and the whole ending with Zo. (Too, one notes that “Anthea” and at least one other story, “Hapax and Apocatastasis,” are not available in the French collection, though some paragraphs of the latter appear to be rehearsed in its “Proustiennes.”) The paragraphs point to a secondary note that recurs in Frémon’s work—a postmodern (“Borges, who defined himself as baroque (baroque to me, he said, is the final stage of any art during which it displays and squanders its means), is perhaps the first postmodern writer”) concern for originality, permutation and repetition:

While Hieron was the tyrant of Syracuse, Archimedes astounded the prince’s court by claiming that, though considerable, all the grains of sand found on all the shores of all the seas are not innumerable. He went on to say that if one can establish the number of grains of sand, it is then easy to imagine a number larger, for example that of all the books that could be written by assembling all the words that can be formed with all the letters of the alphabet submitted to all the permutations conceivable by logic. As this number is finite, it follows that if the human race lasts long enough (and without this optimistic postulate, the whole argument collapses), a moment will come when almost all the propositions that can be stated have been stated, and we’ll need to start repeating them in order to continue to give ourselves the illusion of thinking, which will prove Terence’s prediction that nothing is ever said that has not already been said.

Gottfried Wilhelm Leibniz, who loved the combinatory art as Uccello did the perspectival, established that if the alphabet had 100 letters rather than 26, the number of all their possible arrangements, both sensible and not, would amount to a 1 followed by 7,300,000,000,000 zeros—a number that’s rather long to write out entirely; it would take 20,000 writers 37 years of work if each produced 1,000 pages every year with 10,000 zeros on every page—a tedious job, but in no way impossible in the era, now past, of the accountant-scrivener.

Lovely assemblagist monkeying. (A “hapax” or “hapax legomenon” is a word occurring only once in either the written record of a language, or the works of an author, or in a single text.) That repeating necessary to “continue to give ourselves the illusion of thinking” gets its (partial, stall’d) comeuppance in a lovely piece call’d “The Words of Others”:

Despite the rationalizations that he managed to construct, the analogies with portraiture and other flimsy theories invented for the occasion, he couldn’t help feeling a bit guilty for taking recourse in the words of others, the phrases of others, the paragraphs of others—for sometimes it went as far as that—to shore up his inventions, those ordinary situations and characters, more or less similar to the ones that you encounter every day, but constituted of words. A weakness he put down to a lack of talent, a lack of inspiration (which, they say, doesn’t visit the lazy), a lack of application, or simply a lack of patience. And above all, a lack of courage. To an impulse to gain time by stealing material here and there rather than nurturing them. At the same time, he reassured himself, why not? One might as well shamelessly use whatever is at hand. When Picasso picked up a toy car to make a monkey’s muzzle, a cake mold for the chignon of the nurse pushing her baby carriage, or the seat and handlebars of a bicycle to create a bull’s head, what else was he doing? One could even claim that material found, selected, and blatantly borrowed is more powerful because it’s less labored, more virgin. This didn’t keep him from endlessly giving himself grief for lack of imagination and willpower, not to mention ethical feeling. Although he said to himself that a group of words is not, anymore than a single word is, the property of the one who uses it. That all words are by nature the words of others because if they weren’t we wouldn’t be able to learn them, and even if we could learn them, they would be useless because no one else would understand them. Words are what we have in common, and it must be admitted that it’s not with ideas, but with words, that one writes. But these elegant arguments weren’t enough to assuage his guilt. He still felt like a thief acting dishonorably, even though only he knew.

The sort of thing one ought put in a place of reminder, up where one sees it, next to one’s tack’d up calligraphy of durable speech (xìn, 信). That “tonguing some irrevocable Rodney”—I think the previous line is “kneeling between semis”—I’ll quit the “who’s got” goofing: I wrote that.