This is practically self-parody; but what really interests me here is the stolidity of McCaffery’s response, the unblinking assurance, the complete reliance on a kind of “secured” vocabulary. Here you see the house style not only of the avant-garde, but of any large government corporation, a style whose chief purpose is to mask the individual writer and give him a kind of group sensibility.
At bottom, it is an unfree style. In prose, at least, you get across the sense of a freely speaking voice by using dramatic arrhythmia—digressions, questions, changes in register, the interruption of a mass of complex sentences with a short declarative one. But almost none of this linguistic drama appears in McCaffery. Instead he uses a colleague’s sentence—long, impersonal, jargon-ridden—that imposes its rhythm on the work to the exclusion of any other. This effectively masks McCaffery as an individual, while making him stand out as a heroic representative of a project and program of work.

That “colleague’s sentence”—see the enforced bonhomie in the buoyant smarm of the “current” groupusculars—means, too: dutiful prose of the “collegial sensibility”—the kind favor’d—then (the piece appear’d in Books in Canada in 1990 under the title of “Colonial Mentalities”) and now—by academics of any stripe: “Like an astronaut, or a tenured sociologist, he is a colleague, someone involved in a project that he develops in a “responsible” manner for others who are similarly involved. His writing is determined and given shape by an extremely strong sense of solidarity . . . he writes for a group, a group to which he is wedded, right down to the style of his prose.” (Regarding the “colonial mentality” of the former title, see Serafin’s apt-to-a-whole-generation-or-two-of-criticules-norteamericanos remark that labels McCaffery’s work “as colonial—as work that mimics a body of ‘master texts’ originating elsewhere. Seen in this way, McCaffery resembles those early Canadian poets who wrote in the style of Swinburne or Tennyson: as with them, the chief thing you notice in his work is an unconscious pathos, the pathos of whatever is derivative or second-hand without meaning to be so.”) (In a rebuttal, McCaffery writes—in apparent innocence of the way he replicates the original charge—“Well, what is jargon? It is the necessary vocabulary of a skill determined by factors of linguistic economy that intersect with the exigencies of specific expertise.” Yow.)

I repeat all that not out of any particular animus or besmirch towards McCaffery. I recall reading through—nigh twenty years back—North of Intention with some assent. I wrote a piece (originally call’d something like “A McCaffery Sandwich”) that Dagwoods in several layers of gussy’d-up malarkey between two slices of a McCaffery sentence (one that reminds me a little of Duncan’s law of the “the”—that inevitable a diminuendo to vanishing death in grammar, each word in succession in a sentence delimiting the possibilities for the next.) Here: handy enough (out of Breeze):

I read “Grammatically realized meaning is a postponed reward . . .”
And think how rewarding a scoop or even larger helping of vanilla
Ice cream can be after the loud and long rain delays and postponements of a broadcast
Double-header, Sunday afternoon, a little lazy, the tiny rug of grass, all dew-

Besmirch and ringlet, cut in a few idle minutes this morning, cut
By starting at one corner (call it A) of the rectangle and moving to the one adjacent (B)
And pivoting the roaring mower ninety degrees
To proceed to corners C and D with the practiced indifferent maneuvers of a man

Who knows the book he is reading begins on page one and proceeds
Step by pleasant step through a tangle of signifiers, each
Shorn by the blades of vision and usual procedure, the clippings collected in the grass-
Stained bag of ratiocination (a reassurance), though not reasonably sorted

Are they, but kept unkempt just as he keeps to a comfortable stride
Marking a pattern, a ziggurat in the yard, cornering
Well, making boxes within boxes in order to finish before the game starts
Because the game offers its own rewards, like a pitcher who discusses with the baseball

The baseball’s incipient trajectory, where it should arrive
Being where it desires arriving,
Though in practice (that is, in the real game
Being played out there now on the rain-soaked diamond) it

(The baseball) will always miss by a few gaping inches, that gap
Being where the batter swings and misses with a sheer undifferentiated
Discharge of energy (accompanied by a grunt) just north of
Intention, just south of where the ball thwacks the mitt

Of the hunkering untalkative catcher who knows nothing anymore of desire now
Because that strikeout (a kind of erasure) ends the game
And he is easeful in loping to the dugout, to the showers, thinking
How terrific a scoop of ice cream is, or how a book

A woman—a red-haired fan in short shorts and halter top—had one day
Read to him seemed then like everything in the world, just as she did,
And later like only what (and not, he thinks, much it was) had been “. . .attained
By arrival at the end of a horizontal, linearized sequence of words.”

Too, I recall attending a reading and screening of some pieces McCaffery’d made using TV techniques, words slowly rolling “up” end-of-movie credits style: works that seem’d to mimic the way TV commercial writers, attempting to combat the boom in remote control devices with “mute” buttons, were just then cluttering ads with words. (Remind’d of that by Serafin’s aside—genius resides in the aside, that residue, that excess: “A lot could be said about the language poets for instance, especially about their relationship to mass media such as radio and TV; but it simply won’t get said unless a genuine tension exists between the critic and the writer being discussed.” Sad lack of that tension un peu partout in the current “era”—effect of the wholesale balkanization of la poesía norteamericana . . .)

I suspect (largely through reading some of the other essays in Starburst) that an enormous commitment to the local and a stubborn d.i.y. mentality (Serafin help’d found and edit the Vancouver Review) accounts for some of the thinking here. (Too, there may be a niggling matter of turf: McCaffery’s Barthes is Barthes the structuralist, assured and public—the Barthes Serafin prefers is the late Barthes of Roland Barthes, the “insecure” and personal and novel-writing Barthes.) Serafin work’d some years as a mail-handler in Vancouver’s Postal Station J, and writes fondly of the people there. I think the split that exists between the language that daily surrounds one and the discourse of books, &c. is one that needs be harness’d, an energy source akin to that “genuine tension” between critic and writer. Two (or more) audiences: that’s what keeps one balanced, “in the world.” And two (or more) word-hoards (enough of that “I HATE SPEECH” nonsense). Serafin puts it down with excellent, wisdom unlock’d, clarity:

. . . Where is the audience? Is it the audience that knows the same jingles you know? Or is it the audience that shares your ideas?
This question is particularly hard for intellectuals. Again and again they find a gap between the discourse they hear around them and the discourse they turn to in books to keep them stimulated. For them, the temptation to give up on the local or even national scene, and hence to give up on its language, can be overwhelming—as overwhelming as the complementary temptation to join forces with a like-minded group.
So a paradox arises: seeking the largest language, the language that seems most international, most part of an over-arching intellectual project, the critic ends up writing for fewer and fewer people. Wanting to be significant, he first of all loses his “place,” then his sense of proportion, his ease with his native speech, and finally his pleasure in the use of words.
The loss of speech: one keeps coming back to that. The pathos in McCaffery’s work is the pathos of baffled effort, of a voice muffled by a kind of plate glass of borrowed styles. His texts are as misshapen as they are because he has lost the writer’s intense connection to his own language. And I believe that this is a function of writing for a group. Do that—write for a group—and you gain security. Your writing becomes protected: you no longer know the anxiety of writing “blind,” of wondering whether your work will be entertaining, or read. And without that anxiety the work turns bad. Intensity drains away: your writing becomes tedious, right-minded. You go to books for your ideas; you learn what you are supposed to say. Ultimately, you become unfree. 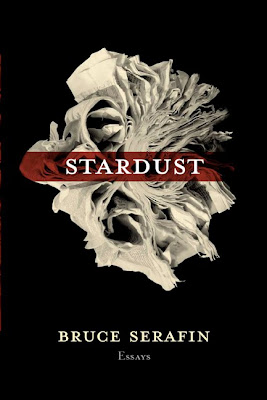