I Had Thought Things
Were Going Along Well


But I was mistaken.

Ashbery, unmistakably. Pre-“tweet.” Or there’s the lovely little joke of―

Soon’st expung’d (“I get it”), like any one liner. One supposes that―with a modicum of looking, one could uproot a fine plethora of such toss-offs. There’s A. R. Ammons’s:

Bravery runs in my family.

Or the necessarily (acceding to formal “demands”) rigged two liner call’d “Their Sex Life” that reads: “One failure on / top of another.” Even (particularly?) amongst the damnably-splendour’d heaves of the vanguard, the impulse is there. Who’d ever forget Ron Silliman’s dizzy syncopated descending scale (out of Crow): “what high lurking hornets buick the moose”? Or Robert Grenier’s encomium to the pleasant detritus of speech (out of Sentences): “you say there’s powdered milk”? Or—coming helter-skelter now—William Matthews’s:

But desire is a kind of leisure.

Jonathan Williams’s got lots. I got thinking about one line spurts (another possibility―beyond the joke―the yelp, the disjoin’d cry inarticulate) after seeing that Harriet’s determined to forego its (rarely satisfying) experiments with entering Blogland (apparently it—Blogland―is dying), and “resort” to the aimless saccade of Twittering tweets. “We hope to point to the vibrant discussions happening online, as well as vital literary journalism, essays, and criticism.” And: “anyone involved in the more dynamic discussions of poetry, poetics, or politics in the past year knows that more and more of the most vibrant interactions have been found on Facebook.” The over-used ad copy “dynamic” and “vibrant” being code words for: “amenable to those of ‘us’ with limit’d attention spans.” The abandonment of Harriet blogging—that is, the possibility of roomy quotidian bouts of sense-making—is akin to forfeiting any attempt to make something, and not merely point to it elsewhere (see Wallace Stevens’s—“The poem is the cry of its occasion, / Part of the res itself and not about it. / The poet speaks the poem as it is, // Not as it was.”) Where is there a place for transport beyond all the dismal chatter? Recall Nietzsche (out of The Birth of Tragedy):

While the transport of the Dionysiac state, with its suspension of all the ordinary barriers of existence, lasts, it carries with it a Lethean element in which everything that has been experienced by the individual is drowned. This chasm of oblivion separates the quotidian reality from the Dionysian.

Isn’t that one grand part of what poetry is about, and for? The last thing we “need” is another “news aggregator”—we’ve got Silliman, Inc. (determined though it be to refuse countenance to any critique of itself or its boys) for that. That and any number of machine-like and wholly capable, uh, machines.

Looking around for Aldo Buzzi works (he says he ought to write under the name of “Bootsy” for American readers), I uncover’d a little book of conversations with Saul Steinberg. Apparently the two study’d architecture together in Milan in the 1940’s—Steinberg a recent refugee out of Romania. Buzzi made the book after Steinberg’s death in 1999—Steinberg’d had doubts about it—out of “tape-recorded conversations held . . . in Springs, East Hampton during the summer of 1974 and the autumn of 1977.” Steinberg:

It’s hard to do a portrait. You must first spend a critical moment in which you quickly—if you’re lucky—discard all the commonplaces about the subject of the drawing. More difficult than inventing is giving up accumulated virtues. The things you discovered yesterday are no longer valid. It’s impossible to find anything new without first giving something up.
There’s a moral in this. It’s stinginess that holds us back, especially when we’re not only enamored of what we’ve discovered but also convinced it’s good. There are those who, in working from life, continually use the baggage they picked up yesterday; they work from life without really looking, without working from life.

And (dangers of the “transport of the Dionysiac state”):

A drawing from life reveals too much of me. In other drawings—those done from the imagination—I do only what I want and show myself and my world in the way I choose. But in drawing from life, I am no longer the protagonist: I become a kind of servant, a second-class character. I am so propelled by the reality in front of me that I forget myself and work as though in a trance, trying to single out the reality, doing the drawing without realizing I’m doing it. And so I’m afraid that the drawing reveals certain parts of myself, areas of vulgarity where I don’t tell the truth, making use of what I already know, commonplaces, and I see in myself—I mean in the drawing I’ve done—some of my regular faults: stopping without finishing, getting tired at a certain moment and failing to insist on some point that ought instead to be essential: out of timidity or laziness I don’t insist, and so things don’t end the way they should—the result doesn’t live up to the promise. Sometimes there’s a touch of something seductive in what I do, which would be fine if I followed though, if I kept the promise. 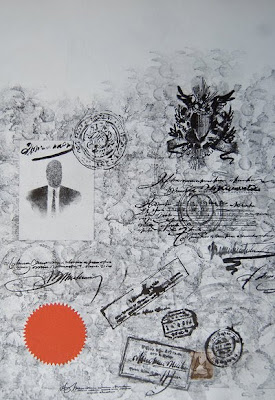 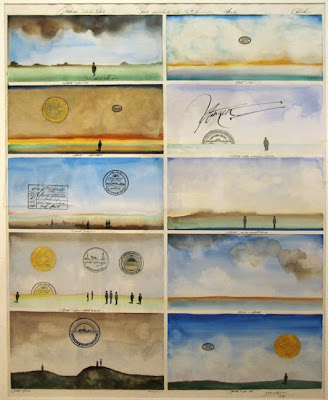 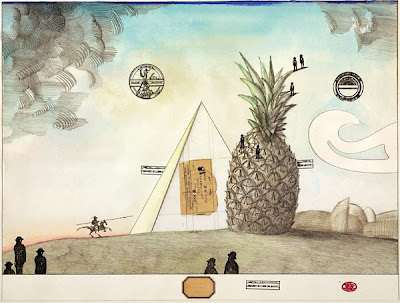 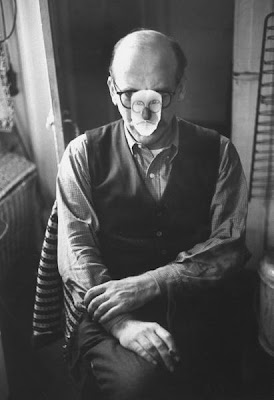