Frag’d by the bomb consequences of a high and low search for unspecify’d papers, (“nowiht aniquar” to be found―compulsory othering a sign of unratify’d doubt, or, “dute”), I collaps’d early with the semi-mysterious Leonard Gardner’s 1969 Fat City in order to study “a selection of the real language of men in a state of vivid sensation.” Men in the sightly scud and scumble of speech, “a series of infoldings,” turns and retorts (Ronald Johnson says “No one knows the first man to stare long at a waterfall, then shift his gaze to the cliff face at its side, to find the rocks at once flow upward.”) Speech is loom-work, cross-thread’d, with enormous gaps in the fabric. Gardner’s men, petty boxing promoters Ruben Luna, Gil Solis and Babe Azzolino in Stockton, California:

“Yeah,” said Ruben. “I took the kid to the doctor and he thought the needle was dull. He wanted to get some blood, you know, but it don’t go in.”
Gil hoisted his pants. “I know one thing, I’m not loaning any more money. Needle was dull, huh?”
“No, no, it was a good needle. So you know what he says?”       “Well, he probably had a dull needle.”
“No, he tried two needles.”
“Who’s this?” whispered Babe. “The kid?”
“Yeah, I took him down and got him his license today, and the doctor could hardly get a needle in him.”
“What was the matter, dull needle?”
“The kid’s like leather.”
“That’s odd, Ruben. That’s odd. Let me tell you that’s odd.
I wouldn’t of thought that looking at him. Yeah, that’s odd. Manny Chavez had thick skin, you know, but he was tough, you guys know that, I mean they don’t come like him every day.”
“That’s not half of it. Hold on. He finally gets the needle in, see, and gets the blood and it’s almost black.”
“I had Chavez down in L.A. against Montoya—first round he gets butted over the eye and the blood starts running and I think well there goes the fight. But it’s not his blood, it’s Montoya’s. He’s got a cut on the top of his head must of took ten stitches. Chavez didn’t have a mark on him.”
“Remember that guy Estrada?” interrupted Gil. “I seen him open a Coke bottle with his teeth.”
“The hell you say. They break?”
“Listen, I didn’t tell you the half of it. The doctor gets the blood out, it’s black, and he’s just staring at it when I ask him to burn the veins out of the kid’s nose—stop those nosebleeds. So he puts the blood down a minute and gets his spark gun and when he gets done burning his nose out he picks up the tube again and turns it upside down to have another look and the blood in it don’t even run down. It just kind of stays up at the top of the tube. It’s turned to gelatin.”
Gil dug thoughtfully between his buttocks. Ruben sighed, made a few aimless sputters with his lips and began to hum. Babe cleared his ruined throat. “Manny Chavez,” he whispered, “had the clearest piss of any man I ever seen. He’d take a specimen and the piss in that bottle would be just as clean and pure as fresh drinking water.”

Ah, marvels and commonplaces, men who love to be awestruck. To astonish and stupefy themselves with they own righteous tales. A species of parallel play’s at work here, or a part-song (“clearest piss” contrapuntal to blood that’s thick like “gelatin.”) Gil—who’s hoisting pants and butt-rummaging, finicky and discomfort’d—’s got, too, the feeblest story (teeth opening a Coke bottle): as such, a miniature hierarchy is suggest’d. And simple Wordsworthian purposiveness “at work” too: “to follow the fluxes and refluxes of the mind when agitated by the great and simple affections.” Talk like that’s akin to “. . . the perpetual rustling of a windswept system”—Ronald Johnson’s unidentify’d quote at the beginning of “Beam 31” of Ark. The bulk murmurousness that keeps the leaves dangling in minor snit, keeps the flowers flowering. (And Johnson adds, “And that we know about as much about it as we know about the without,” a kind of marker of the numb fumblin’—Thank you, Fats—of speech, its swerves and stridencies, its ham’d up consonances and retaliatory dip reversals.) I note something I’d forgot (or fail’d to consider): how Johnson uses a Dahlberg line for epigraph to “The Foundations”: “The universe is a slumbering animal that has visions.” Another kind of numb fumblin’ (in a pre-dormant flurry). Disjoint, “seat of the pants” kind of improvisatory morning work, if “cant’d / vernacular seems to unstopper / the indwelling spook tenancy / of means,” where the hell’s that mislaid “document”? 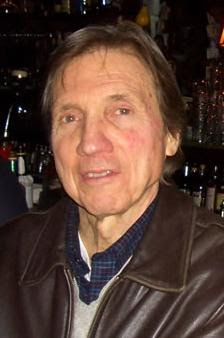