Paul Valéry says somewhere: “Thinking is an indefinite deletion.” And Walter Benjamin recalls Robert Walser’s “admission that he never corrected a single line” (“We do not have to believe this, but would be well advised to do so. For we can set our minds at rest by realizing that to write yet never correct what has been written implies both the absence of intention and the most fully considered intentionality.”) Benjamin, in a lovely phrase, calls it “neglect of style,” and claims that it—paradoxically—“makes use of every conceivable form . . . with a single exception”: “namely, one in which only content and nothing else counts.” Thus: “Walser is so little concerned with the way in which he writes that everything other than what he has to say recedes into the background.” So, in Walser’s 1909 Jakob von Gunten (translated by Christopher Middleton):

To be robust means not spending time on thought but quickly and quietly entering into what has to be done. To be wet with the rains of exertion, hard and strong from the knocks and rubs of what necessity demands. I hate such clever turns of phrase. I was intending to think of something quite different.

As if writing itself, its minor adjustments and flourishes, saddled a rambunctious (and pure) intent with some monstrous material burden inassimilable because incompletely seized, never wholly on nor off. (Thinking demur—and hid—in the crosshairs of the sight point’d “at” it.) Here’s the beginning of Walser’s “New Year’s Page”—a piece out of the new (and sumptuously-made selection of Walser’s Microscripts, translated and with a fine introduction by Susan Bernofsky (New Directions / Christine Burgin, 2010):

Year rhymes with hear, appear. Someone tapped at my door, I shouted “come in” and then hid in the wardrobe, and the one arriving no doubt stood listening , waiting for quite some time. Many a novel has begun in a promising way. Last night in a dream, my hands were transformed into rotten, crumbling towers. A ruin, I mean to say an aging millionairess, once bequeathed to me one hundred thousand francs, which in short order I squandered. What a beguiling memory! Back then, when I would step out of a place of entertainment into the fresh air of the street, the perspectives had a fairy-tale quality to them. There’s no doubt something happy-making about spending money. I hope I shall soon succeed in penning a story that ought to be written as though a mandolin were being plucked. In the aforementioned dream my hands bellowed soundlessly for help. A bearlike groan shaggily lumbering from my lips awakened me, and I thought of a girl who had prophesied during my hundred thousand franc period that a time would come when I would be given the opportunity to heave deep sighs. Might I already have begun to approach a turning point of this sort? I am of good cheer in this regard, and shall come once more to speak of the dream whose events seemed intent on grinding me beneath their feet. Leafing through a newspaper as a young boy, I one day caught sight of an illustration depicting the chastisement of a slave. I’m being tapped on the shoulder by the question of whether I am at present writing quietly or loudly; by the same token I ask myself whether the present sketch sounds pointy or dull. In my opinion it sounds as if it were being dreamed up by a virtuous, reliable lout . . .

There’s something affably clumsy about that. Writing unrestrain’d, unconcern’d with its own propriety (blunt, brash, skittery—any number of lines’d serve a novel “begun in a promising way”) and completely a “chastisement” of itself (“quietly or loudly,” “pointy or dull,” &c.) “Written in December 1928 or January 1929 on the business card of a gentleman who specialized in importing English fabrics.” Walser’s work is democratic in its refusal to discriminate between objects—all (“hands,” “groan,” “question”) immediately vivify’d (bellowing soundlessly, shaggily lumbering, &c.) at merest ordinary meeting. (I am thinking of photographer Christopher Brayshaw’s remark that he seeks to make pictures of “a kind of vernacular realism, which I understand as a methodology that doesn’t discriminate between subjects on the basis of their place in a preexisting social hierarchy. Democratic attention to the phenomenal world is the goal of any truly critical representational practice.” I am thinking, too, of James Schuyler’s radical democracy of attention:

. . . Once, when I was young, I
Awoke at first light and sitting in a rocking chair watched the sun
Come up beyond the houses across the street. Another time I stood
At the cables of a liner and watched the wake turning and
Turning upon itself. Another time I woke up and in a bottle
On a chest of drawers the thoughtful doctor had left my tonsils. I
Didn’t keep them. The turning of the globe is not so real to us
As the seasons turning and the days that rise out of early gray
—The world is all cut-outs then—and slip or step steadily down
The slopes of our lives where the emotions and needs sprout. . . .

. . . May leans in my window, offering hornets.
To them too I give leave to go about their business, which is not
Nesting in my books. The fresh mown lawn is a rug underneath
Which is swept the dirt, the living dirt out of which our nurture
Comes, to which we go, not knowing if we hasten or we tarry. May
Opens wide her bluest eyes and speaks in bird tongues and a
Chain saw. . . .

Out of Schuyler’s marvelous “Hymn to Life.” Lines not unlike Walser’s.)

Walser in a 1927 letter to Max Rychner, editor of the journal Neue Schweizer Rundschau, regarding the source and raison d’être of the curious and late-adopt’d (Walser’s earlier handwriting look’d to be “sprinting across the page . . . ornamental, calligraphic and painterly”) microscript technique (explain’d by Bernofsky as “a radically miniaturized Kurrent script, the form of handwriting favored in German-speaking countries until the mid-twentieth century . . . medieval in its origins, all up-and-down slanting angles . . . an e is represented by a simple pair of vertical ticks like a quotation mark, an s by a mere slash”):

When I referred before to the concept brouillon [draft], I was actually revealing to you an entire creative and life history, for you should know, sir, that approximately ten years ago I began to first shyly and reverentially sketch out in pencil everything I produced, which naturally imparted a sluggishness and slowness to the writing process that assumed practically colossal proportions. This pencil system, which is inseparable from a logically consistent, office-like copying system, has caused me real torments, but this torment taught me patience, such that I now have mastered the art of being patient.

Walser, after noting “a swoon, a cramp, a stupor” associated with pen-use, and a “period of disruption” reflect’d in “my handwriting and its disintegration,” reports: “I slowly, laboriously freed myself by means of the pencil . . . and when I copied out the texts from this pencil assignment, I learned again, like a little boy, to write.” Ah, the reverie of the seethe-scrambling thousands: that one’d—by dint of a utensil—return to first principles, gumptious and clean! (I think of lines quoted out of John Cotton’s 1641 A Way of Life in the Boyd Nielson-edit’d A Thing Terrible to Publick Traytors (Property Press, 2010):

You may have a land-flood run downe a channel, or a plain gravell that makes a great noiſe, and carries all before it, but a deep river runs more ſlowly, and makes leſſe noise . . . the greateſt worldly sorrow is but a torrent, it makes a great noise, but it wants a ſpring in the bottome, and will in time decay . . . 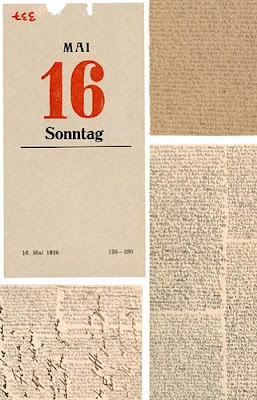 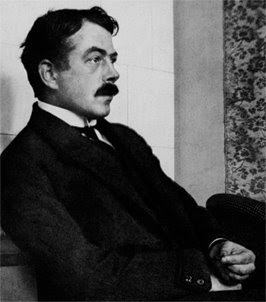