Considering, in pieces, the Sarah Rosenthal edit’d A Community Writing Itself: Conversations with Vanguard Writers of the Bay Area (Dalkey Archive, 2010), with its list of writers—Michael Palmer, Nathaniel Mackey, Leslie Scalapino, Brenda Hillman, Kathleen Fraser, Stephen Ratcliffe, Robert Glück, Barbara Guest, Truong Tran, Camille Roy, Juliana Spahr, and Elizabeth Robinson—notable largely for the absence of the self-identify’d Language-writing foule (with its own mechanismos for self-promo). Read Michael Palmer’s remarks yesterday (oddly antagonistic toward what he calls “the poetry of sentimental assuagement . . . with its adhesiveness to the mushy cultural center . . . a poetry in fealty to a debased expectation”—meaning something like what’s workshop’d here and there with undue solipsism and gawk’d out retro “voice”). I say “oddly” because one’d think Palmer’d moved into a (possibly feign’d) adequate distance (he never seem’d so quarrelsome to begin with), a statesmanlike pose, no? I did like reports of a conversation with Edmond Jabès about aerating a work (though I tend to disbelieve the initial stagey retrospect claim):

Every time you finish a book, a maybe even a poem, you think, What did I not manage to include? I think of that wonderful dream of O’Hara’s of a poem that would include everything. The effort to allow more breathing room into the work is part of it too. I remember a conversation with Edmond Jabès, when he was out here in ’83. He and his wife, Arlette, were staying with us for a week or so and we would have these long conversations in the evenings; he was a wonderful conversationalist. He talked about respiration in the work. I said to him at one point, One of my problems is that I keep trying to go deep into it, yet I keep bobbing up to the surface. He said, If you stay under, you’ll drown. He then talked about his early correspondence with Max Jacob. Jacob had been a mentor to Edmond, he was then a sort of proto-Surrealist poet in Egypt. Edmond would send Jacob a manuscript and Jacob would write back and say, You’re not breathing. And then the next work would come and Jacob would write, You’re breathing too much—you’re panting! So there was this series of gnomic instructions about learning to breathe and learning the breathturn of the work. There’s a sense in this of breathing in the world (breathing in the world), which is also Celan’s notion. After you breathe the world in, there’s a turn, and then you exhale, you let it out, and there’s a moment of stillness where the meeting of inside and outside occurs.

The mention of O’Hara’s “everything” points me “at” “Second Avenue” and its delicious sass (unneed’d shim, it’d remain “erect” without) of “[Notes on Second Avenue]”—“To put it very gently, I have a feeling that the philosophical reduction of reality to a dealable-with system so distorts life that one’s “reward” for this endeavor (a minor one, at that) is illness both from inside and outside . . .” And, the “batty way to give information about the poem”: how “the verbal elements . . . are intended consciously to keep the surface of the poem high and dry, not wet, reflective and self-conscious. Perhaps the obscurity comes in here, in the relationship between the surface and the meaning, but I like it that way since the one is the other (you have to use words) and I hope the poem to be the subject, not just about it.” (There is, too, in the earnestness of that held “breath” (“moment of stillness where the meeting of inside and outside occurs”) so intently examined, an echo of Olson’s breath (and one thinks of O’Hara’s derision—he call’d him, with etymological irony intact, “a great spirit”—of Olson’s desire for “the important utterance, which one cannot always summon up.” One thinks that Palmer’d more profitably heed O’Hara’s “I want to be at least as alive as the vulgar.”)

Elsewhere in the interview, talk of “blindness as insight”—or deafness’s acceding to fluency. Palmer’s epigraph to Company of Moths out of Carlos Drummond de Andrade: “Enter the kingdom of words as if you were deaf.” And reference to Palmer’s piece call’d “The Merle Asleep”:

Asked the Merle, of Sleep,
Are you the kingdom of sand or the blessèd moon?

Asked the Merle, asleep,
Who are these blindered travelers

choiring Amazing Grace, Haunted Heart,
All the Things You Are,

while I can only speak
of thimbleberry, limestone and wheat,

of power lines and poles and shattered oaks
though I’d prefer by far to sing.

I who can only speak?
Said the Merle, fearing sleep,

I am the color of deep night
and I fear what night will bring,

its stuttered cries and moans,
its silences too loud and too complete,

Asked the Merle, of Sleep,
Have you not noticed

how the notes fall through air
onto earth’s clotted ears,

how there’s no path leading up
to this gate rusted shut,

how the station pulls away
as the train draws near?

Said Sleep,
What the passengers are dreaming

I cannot tell.
You saw that newly minted sun

without horizon, that pit
of twined and mounded limbs,

that city with no center,
saw how the pines bent, stones shifted,

and the river was torn from its course,
saw how the living and the lost

Which, in its pacèdly prompt’d allegorical way, seems arranged precisely to avoid the vulgar (though I’d argue it, the vulgar, sneaks in, barely, in “limestone and wheat, / . . . power lines and poles and shattered oaks,” a point where the piece, momentarily—and ironically—sings). What I like (in the interview) is how Palmer’s talk of song encumbers (puts a utile weight against) Nathaniel Mackey’s “To poetize or sing is to talk like a bird, a way with words and sound given rise to by a break in social relations, a denial of kinship and social sustenance, as if the break were a whistling fissure, an opening blown on like a flute”:

. . . the merle, which is a European blackbird, can’t sing. It squawks. I often think that those of us who come to this impossible task of poetry come out of a disability with language, a lack of fluency rather than dazzling fluency. I think dazzling fluency leads to other media and other uses of language, rather than the impaired fluency of our squawkings.

Note: the merle of the poets frequently sang. See William Dunbar’s “I hard a merle with mirry notis sing / A sang of lufe.” Or Michael Drayton’s “In yonder goodly Tree, / Where the sweet Merle and warbling Mauis bee.” Or Robert Burns’s “The merle, in his noontide bower, / Makes woodland echoes ring.” 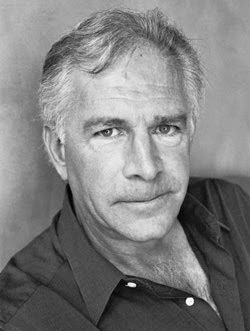