Quotidian placeholders and earmarks against a week of credulous rain: a stitchery of disparities, the way any loft’d nothing is. Inger Christensen, in Alphabet, plunging out by travelling in:

the naos, the innermost space of the cell
revealing whether the seed in an inner sky
gathers the limits of consciousness into a point
a flowering point where like a bit of sunshine
ice ages exist, ice ages exist

where like a bit of fire the insects’ wingless
Nike exists, neither victory nor
defeat, just the solace of nothing;
the solace of names, that nothing has
a name, namelessness has a name

that names exist, names like narwhal
nettle, names like carnation, tawny owl
and nightjar, names like nightingale, new moon
evening primrose, naiads, and the other kind of
name in which a word when named is scent . . .

Akin to Ronald Johnson, exploding (and imploding―sumptuous dizzying vertigo in the reversals) and particular. Johnson (“Beam 12,” out of The Foundations of Ark): “Man is amphibian to oblivion.” And: “From the ape at my shoulderblade I see angels. Our embryo dreamt the fishes’ sleep, became a ripple, leapfrogged itself, and later a mammal: perception is a slingshot drawn back to first plasm.” Or (“Ark 63, Builder’s Spire”): “beauty bare, // green grass writ Sanskrit / to worm below as well hawk a speck beyond cerulean . . .”

Loft’d nothings. Charles Ives quoting Thoreau: “Who has heard a strain of music feared then lest he should speak extravagantly any more forever?” (Ives mentions, too, that “Henry James (who knows almost everything) says that ‘Thoreau is more than provincial―that he is parochial’” (Ives working off memory, the line is “worse than provincial—he was parochial”), enough to put me off any intend’d Jamesian “feed” for good.) And, writerly roustabout of the sour morning’s “get”—stitcher of the minor conjunct grab’d against the transitory obturb of a sun regularly doused by rain—I grant my own admonitory decree, seeing Thoreau’s flautist’s embouchure (pinch’d in disapproval) brought to the fore here:

Only what is thought, said, or done at a certain rare coincidence is good. I would not be one of those who will foolishly drive a nail into mere lath and plastering; such a deed would keep me awake nights. Give me a hammer, and let me feel for the furring. Do not depend on the putty. Drive a nail home and clinch it so faithfully that you can wake up in the night and think of your work with satisfaction,—a work at which you would not be ashamed to invoke the Muse. So will help you God, and so only. Every nail driven should be as another rivet in the machine of the universe, you carrying on the work.

(Williams: “nothing sentimental about a machine” and “a small (or large) machine made out of words . . .”) Though, undiminish’d (and still sopping wet along the trouser cuffs) by my amphibious sloth, my glom pedigree in cahoots with a serendipity of unintentionables, I’d turn to Ives himself, the stunning “Postface to 114 Songs,” a kind of apologia to no one, a serviceable expectorant, I do what I do, and there’s the sputum’d proof there dangling off the tobacco leaf:

Some of the songs in this book, particularly among the latter ones, cannot be sung, and if they could, perhaps might prefer, if they had a say, to remain as they are; that is, “in the leaf”—and that they will remain in this peaceful state is more than presumable. An excuse (if none of the above are good enough) for their existence which suggests itself at this point is that a song has a few rights, the same as other ordinary citizens. If it feels like walking along the left-hand side of the street, passing the door of physiology or sitting on the curb, why not let it? If it feels like kicking over an ash can, a poet’s castle, or the prosodic law, will you stop it? Must it always be a polite triad, a “breve gaudium,” a ribbon to match the voice? Should it not be free at times from the dominion of the thorax, the diaphragm, the ear, and other points of interest? If it wants to beat around in the park, should it not have immunity from a Nemesis, a Ramses, or a policeman? Should it not have a chance to sing to itself, if it can sing?—to enjoy itself without making a bow, if it can't make a bow?—to swim around in any ocean, if it can swim, without having to swallow “hook and bait,” or being sunk by an operatic greyhound? If it happens to feel like trying to fly where humans cannot fly, to sing what cannot be sung, to walk in a cave on all fours, or to tighten up its girth in blind hope and faith and try to scale mountains that are not, who shall stop it?

(Out, out, brief gaud.) Or, to turn to the rare coincidence’d Thoreauvian Nathaniel Mackey, interview’d by Sarah Rosenthal in A Community Writing Itself: Conversations with Vanguard Writers of the Bay Area (Dalkey Archive, 2010):

I’m a slow improviser. The slips and slides and variations that you read in the poem, that may have a sense when you hear them of momentariness and instantaneity, something that happens in a few seconds, may have taken a week of two to come together in a composition process which is itself very fragmented. I write in spurts, though a combination of pressure and relaxation. You press and then you see where that can get you, but you can’t get everything by pressing. Some of the best things you don’t get by pressing. Some things come in a state of receptivity and relaxation when you don’t necessarily see yourself as composing . . .

So one continues (drying out a little), earmarking, riffing, a speck (pecky beneath the grand washy illimitedness of the cyber-vault). In a prefatory note to Splay Anthem (New Directions, 2006), Mackey writes (referring to a Kaluli story of the origin of poetry and music, “the myth of the boy who became a muni bird, a kind of fruitdove with a bright purple red beak”): “To poetize or sing is to talk like a bird, a way with words and sound given rise to by a break in social relations, a denial of kinship and social sustenance, as if the break were a whistling fissure, an opening blown on like a flute.” And: “A sign of estrangement, to poetize or sing is to risk irrelevance, to be haunted by poetry’s or music’s possible irrelevance (‘Tell it to the birds’), but nothing could be more relevant than estrangement, involved as we are in what [Wilson] Harris calls ‘the funeral of an age,’ an age of global intimacy and predation.” And so, brokenly, forth. 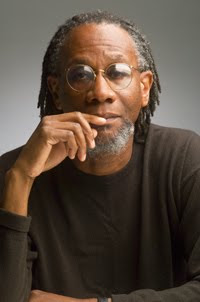