Westerly sun dropping into its rosaceous narrows of a Sunday whence, enfin, I out the machine against the constant slippage of the days, three intervening deleted. Lyn Hejinian says (Slowly): “Euphemism, ellipsis, digression, delay, and then night . . .” and Muriel Rukeyser (The Green Wave) talks of “Man, an explosion walking through the night in / Rich and intolerable loneliness.” And Amelia Rosselli (October Elizabethans) says “O Null in the World & Null am I / who do Skamper after It . . .” The days keep sloughing off with appalling poise (and little noise). What I do: improvisatory assemblages of a moment against the fell vehicular night, that cant’d dull nocturnal blade descending with vicious restraint like a guillotine. Philip Guston’s admitted (1958): “I do not see why the loss of faith in the known image and symbol in our time should be celebrated as a freedom. It is a loss from which we suffer and this pathos motivates modern painting and poetry at its heart.” So we put immiscible sorrow into the pot, and smear a daub offering against any wild freedom to say a thing blunt. And: “I think the only pressing question in painting is: when are you through? For my own part it is when I know I’ve ‘come out the other side.’ This occasional and sudden awareness is the truest image for me. The clock-like path of this recognition suppresses a sense of victory, it is an ironic encounter . . .” Akin to what the jazz drummer Elvin Jones call’d the “door”?

The length of my solos doesn’t mean anything. When I go on for so long, I am looking for the right way to get out. Sometimes the door goes right by and I don’t see it, so I have to wait until it comes around again. Sometimes it doesn’t come around at all for a long, long time.

(Banal version: Arlo Guthrie in “Alice’s Restaurant”: “We’re just waitin’ for it to come around is what we’re doing.”) How long is that dropping (sun into slot)? Guston says (in lecture notes circa 1965):

There are twenty crucial minutes in the evolution of each of my paintings. The closer I get to that time—those twenty minutes—the more intensely subjective I become—but the more objective, too. Your eye gets sharper; you become continuously more and more critical.
There is no measure I can hold on to except this scant half-hour of making.
One of the great mysteries about the past is that such masters as Mantegna were able to sustain this emotion for a year.

So that: art must bear up under the cross (“crucial”) of a split self: subjectivity acting out its wash intensity and lather under objectivity’s impaling eye, a fine madness. One thinks: Guston’s “scant half-hour of making” is down to what, now? (Flarf = “About 85,000 results (0.20 seconds).” Scads of pixilated random self’s oscillating wildly in constant negligible rut. Akin to Poe’s glee’d mercilessness in “The Literati of New York City” (1846, in the Philadelphia-edit’d Godey’s Lady’s Book):

The most ‘popular,’ the most ‘successful’ writers among us (for a brief period, at least) are, ninety-nine times out of a hundred, persons of mere address, perseverance, effrontery—in a word, busy-bodies, toadies, quacks. These people easily succeed in boring editors (whose attention is often entirely engrossed by politics or other “business” matter) into the admission of favourable notices written or caused to be written by interested parties—or, at least, into the admission of some notice where, under ordinary circumstances, no notice would be given at all. In this way ephemeral “reputations” are manufactured which, for the most part, serve all the purposes designed—that is to say, the putting money into the purse of the quack and the quack’s publisher; or there never was a quack who could be brought to comprehend the value of mere fame. Now, men of genius will not resort to these manœuvers, because genius involves in its very essence a scorn of chicanery: and thus for a time the quacks always get the advantage of them, both in respect to pecuniary profit and what appears to be public esteem.

That, out of Andrew Delbanco’s excellent Melville: His World and Work (Knopf, 2005). (It is report’d, too, by a contemporary, of Melville, how “his countenance spoke his thoughts”—no chicaneer he.) And poor Melville’s version of the intensity of the work (in a letter to Evert Duyckinck dated 13 December 1850):

Can you send me about fifty fast-writing youths, with an easy style & not averse to polishing their labors? If you can, I wish you would, because since I have been here I have planned about that number of future works & cant find enough time to think about them separately. —But I don’t know but a book in a man’s brain is better off than a book bound in calf—at any rate it is safer from criticism. And taking a book off the brain, is akin to the ticklish and dangerous business of taking an old painting off a panel—you have to scrape off the whole brain in order to get at it with due safety—& even then, the painting may not be worth the trouble.

Kerchunk goeth the sun. Against omnivorous night a splash of green fire. (Where’d I see Kipling quoted? “A cut story is like a poked fire.”) Aerating a thing up into an irregular blaze outburst. Delight in a curtail’d language, “mofo.” (And poor Christopher Smart, in a categorickal bent: “For God has given us a language of monosyllables to prevent our clipping.”) 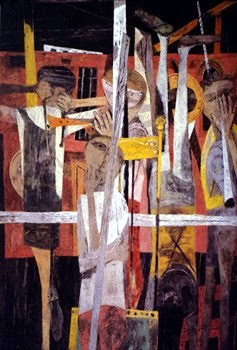 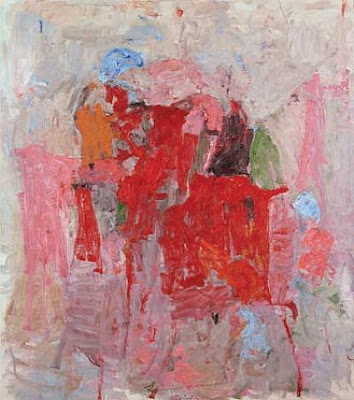 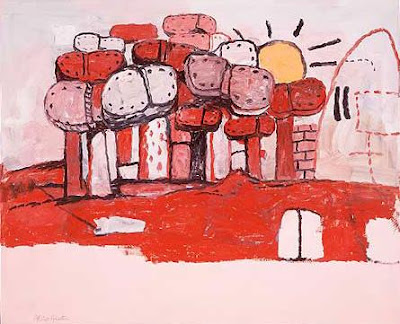 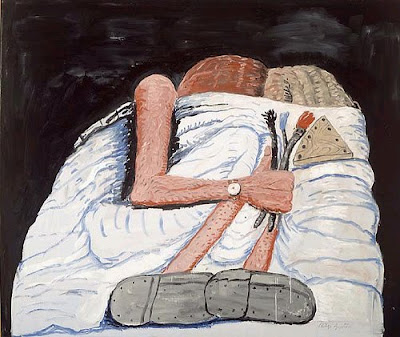 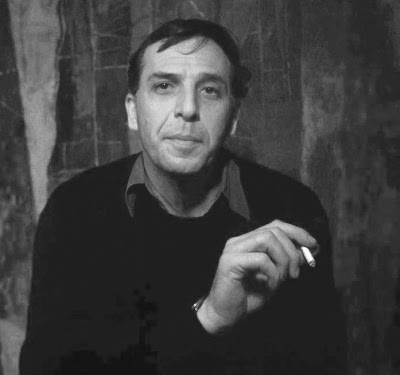