XCI
Or the days impinge without caress and the night is a tragedian
Incalculably raw. One arranges a mien of rapt stewardship and attends
The dab recitals, glossary’d against the rot hermetic. In the common
Mind a cork—lithe, slippery, punch’d out of Algarve bark—is all
The stoppage required against a bottle’s ruthless pother, its access
To sentiment unstaged. I recall a sparse blatting midday rain in summer
That catapult’d up yellow dust in spouts, made pungency a choke-
Hold in the air. I recall a voodoo song mishap and a Greek algal romp
Amidst the phosphorescent dinoflagellates of night. I recall reading
Leo Africanus under the impertinent flap of hundreds of windmills
Irrigating the Lassithi plain. I recall a snappish little terrier of a grass
Fire hitting the pines, unleashing wolf-frenzy distemper’d spittle-
Gobs of airborne flame. (I trundle my disastrously big pencil here
And there with nobody’s assistance, tip it upright to put down
Or scratch out a word or two, nostrum of nostrums, quack, remedial,
Patent.)

Ongoing fugal slump, ravening particles in the air (that buzzing distract-district). Fuel for the particular fire that is the Kerouac “running consciousness stream” (or the “concomitance in a heap,” utterance summoning like utterance in a relational array—making of metaphor itself a right and “proper” thing, the very meat of knowing. Here’s Theodor Adorno (out of Minima Moralia: Reflections from Damaged Life, stumbled into, toe-stumpingly, out of a riff call’d “Memento”): “Properly written texts are like spiders’ webs: tight, concentric, transparent, well-spun and firm. They draw into themselves all the creatures of the air. Metaphors flitting hastily through them become their nourishing prey. Subject matter comes winging towards them. The soundness of a conception can be judged by whether it causes one quotation to summon another. Where thought has opened up one cell of reality, it should, without violence by the subject, penetrate the next. It proves its relation to the object as soon as other objects crystallize around it. In the light it casts on its chosen substance, others begin to glow.” (I find other parts of “Memento” completely alarming. For example: “check whether the central motif stands out clearly enough,” ’d seem to waylay one directly between the Scylla of clarity and the Charybdis of a supposed unity. Pedantic, finicky, schoolmarmish. Oddly enough, the quotation Adorno’s summons is O’Hara’s “As for measure and other technical apparatus, that’s just common sense: if you’re going to buy a pair of pants you want them to be tight enough so everyone will want to go to bed with you. There’s nothing metaphysical about it.” That or whatever that thing is about the poem being “a bag of its own containing.”)

Toss’d (in futile pretend’d show of exasperated fury) the Kerouac across the room last night (well, stuck it in a pile). That, in the middle of the “Joan Rawshanks in the Fog” section, apparently a witnessing of a Russian Hill film shooting, “work behind the fuffoonery and charaderees of Hollywood so mad,” it (the writing) seeming of a sudden wholly self-indulging and baggy, too long. (Though, with sweet spots of Kerouack’d empathy moving to crowd-rhythms: “a beautiful crazy girl in glasses and ordinary coat and low heels came rushing up the driveway before the first Take as though she was lost and stopped to talk, or to be talked to really, by the pretty stand-in girl, who only and quite in a natural way began to explain something to her, but then we in the whole crowd saw the girl goof and titter and get that camera feeling and we all laughed her off as an eccentric movie crasher not a serious ordinary girl lost going home in the maze of a movie location scene . . .”) What to make of Ginsberg’s exulting, rightly, of the book’s “high generous prose moments” (he says, in a terrific sentence: “I don’t think it is possible to proceed further in America without first understanding Kerouac’s tender brooding compassion for bygone scene & personal Individuality oddity’d therein”)—that, in “The Great Rememberer,” a 1972 piece prefacing the book—versus the doubts he express’d to Kerouac twenty years earlier in a letter calling it “crazy (not merely inspired crazy) but unrelated crazy”: “HODOS CHAMELIONTOS in Yeats is series of unrelated images, chamelian [sic] of the imagination diddling about in the void or hangup, meaning nothing to each other.” I note how Ginsberg, clearly embarrass’d by the difficulty of telling Kerouac the truth, falls into Kerouack’d gibberish:

Your handing up the whole goddam junkyard inclooding the i agh up erp esc baglooie
an’t you read what I’m shayinoo im tryinting think try i mea mama thatsshokay but you gotta make sense you gotta muk sense, jub, jack, fik, anyone can bup it, you bubblerel, Zagg, Nealg, Loog, Boolb, Joon, Hawk, Nella Grebsnig. And if you doan wanna make sense, shit, then put the nonsense on one page boiled down to one intense nervous collapse out of intelligibility (like Williams did in a section of Paterson, scrambling up the type, and followed it real cool by a list of the geological formations of shale, etc. under the fuckin Falls, and then went on to say “This is a poem, a POEM.”) and then go on talking like nothing ever happened cause nothin did. Nothing jess interrupted something. But nothing juss keeps breaking in out all over the joint, you’ll be talking along, and say—“he come out of the room like a criminal”—then you’ll add—“like a shrouder” (whoever heard of?)—then you’ll add “like blac kwinged rubens”—then you’ll go poetic and say—“like pinkwinged Stoobens, the hopscotch Whiz of grammar school, hopscoth, the game of Archangels, It’s hevvin, it’s clouds, meanwhile he was alla time juss commin out of that room,” but you got us not only up inna clouds, via Steubenvill and urk ep blook, vu via also I am JK interrupting myself.

(Which is Ginsberg’s version of schoolmarmly: “check whether the central motif stands out clearly enough.”) Somewhere in the tape recorder section of Visions of Cody Jack and Cody have a laugh about Irwin Garden (the Ginsberg character)’s excess caution—in a riff concerning the imaginary future of all the characters, Jack says “Irwin, nothing’ll happen to him either” and Cody agrees: “No, he’s so afraid and calculating” (with Evelyn interjecting “He’s cautious.”)

Tiny archival romp to greet Tom Clark and the zip sauciness of Beyond the Pale. Out of Back in Boston Again (Telegraph Books, 1972):

2
The four of us arriving—
Ted gibbering, Ron
Gibbering, me gibbering,
Larry driving

And Larry had slept a little,
But Ron hadn’t
Taken a pill or
Slept at all—

Then I illustrated
A limited edition
Of Aram’s new book
Aram Saroyan,

Which,
A few hours later,
I presented to
The author

Who was lying in bed
Asleep
Partially
Nude

8
Ted found Terry,
Larry found Boston
Discouraging, so Ron
And Larry and me

Caught between the admonitory “Boys, boys, boys!” and a kind of woebegone giggle for all the recognizables of that disappear’d “era.” The book is jointly author’d by Ron Padgett (“In a bookstore I was admiring an English version of Apollinaire’s Heresiarch and Co. Leaving, taking two or three steps outside the door, Tom handed it to me.”) and Ted Berrigan (“I had lost Ron & Tom & Aram & Larry at the very beginning of the Boston trip and only bumped into them on occasion the whole time.”), with a preface by Aram Saroyan (“Tom Clark is very smart in an unusual way, I think. Most smart people in school turn out to be not so smart later on. Tom is one who seems not to have ended his life in school.”) 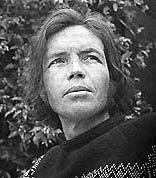