CV
Vie unendurable as the swag
of the roguish tempus fugit

circumscribed by a selfish beauty
born of bad-temper’d fugs

royales and malaises imperturbables ongoing,
or fits of so ist

es outbursting, indissolubly clasp’d against
the es ist so demands

of the precarious (a word
root’d in prayer) moment. Amen.

Why, taut against some evident need for a formal shift (back to the fivers, re-imprinting the mother bird, or the motherboard), suddenly to begin thinking about time? What is the relation between writing and time? Tiny strains of Conceptualismus (every concept is tiny) running around and around in my brainbox. Probably the result of Ron Silliman’s grunting clouts—blindfold’d boy, unwieldy oversize club, big piñata the size and consistency of a lasso’d cumulonimbus cloud——“at” a registry of conceptualisms. (Is research conceptual? is Flarf? is a papier-mâché (wheat paste and torn-up strips of The New York Times) replica of Kenneth Goldsmith full of candy? is a bucket of dirt?) Isn’t every species of art merely the result of one’s defining a chore (and carrying it out)? I am going to write a piece call’d “Twenty-Four.” Every hour I am allow’d (required) to write: for one minute the first hour, for two the second, &c. Twenty-four minutes of writing in the final hour. Isn’t the problem of making art entirely unrelated to the arbitrary “first heave” of its command? Adorno again (Aesthetic Theory):

Art can be understood only by its laws of movement, not according to any set of invariants. It is defined by its relation to what it is not. The specifically artistic in art must be derived concretely from its other; that alone would fulfill the demands of a materialistic-dialectical aesthetics. Art acquires its specificity by separating itself from what it develops out of; its law of movement is its law of form. It exists only in relation to its other; it is the process that transpires with its other.

Which would seem to make the dogged works of Conceptualismus kin to something like the illustrations by Norman Rockwell in the Saturday Evening Post, pre-aesthetic thematics, moving nowhere, a mere carrying out of another wholesome (uncomplicated by “what it is not”) idea. So a similar air of haughtiness and removal (“très cool,” or, as the numismatists say, “untouch’d by human hands”) infects the works. Engagements mechanistickal. (If Silliman senses a kinship between Cole Swensen’s Le Nôtre-inspired garden-artifice assemblages and Conceptualist robotic sheen, it is likely the result of just that: post-human mess-shunning, archives made entirely of pixels, production values trumping the slut-underbelly of the wild empirical world. The French royalty at Versailles didn’t want to sully its hands either.) (The Flarf brigade, of course, tries to have it both ways simultaneously—dainty cyber-finger’d gleanings of “what it is not,” thrilly scab-picking at untouchables—making plain not only its limit’d processual means, but also its apparent moral bankruptcy.)

My truck with Adorno and Beckett allow’d a congruence of sorts. Beckett (in Murphy):

Murphy’s mind pictured itself as a large hollow sphere, hermetically closed to the universe without. This was not an impoverishment, for it excluded nothing that it did not itself contain. Nothing ever had been, was or would be in the universe outside it but was already present as virtual, or actual, or virtual rising into actual, or actual failing into virtual, in the universe inside it.
. . . Murphy was content to accept this partial congruence of the world of his mind with the world of his body as due to some such process of supernatural determination. The problem was of little interest. Any solution would do that did not clash with the feeling, growing stronger as Murphy grew older that his mind was a closed system, subject to no principle of change but its own, self-sufficient and impermeable to the vicissitudes of the body. Of infinitely more interest that how this came to be was the manner in which it might be exploited.

And snips of Adorno (“Art is autonomous and it is not; without what is heterogeneous to it, its autonomy eludes it.”) in the revel and play of the unsubjugated planar movements of Aesthetic Theory:

Only by virtue of separation from empirical reality, which sanctions art to model the relation of the whole and the part according to the work’s own need, does the artwork achieve a heightened order of existence. . . . The communication of artworks with what is external to them, with the world from which they blissfully or unhappily seal themselves off, occurs through noncommunication: precisely thereby they prove themselves refracted. It us easy to imagine that art’s autonomous realm has nothing in common with the external world other than borrowed elements that have entered into a fully changed context.

Adorno’s dizzying, aphoristic, broken-field running. “We shall have a lot to discuss about that.” 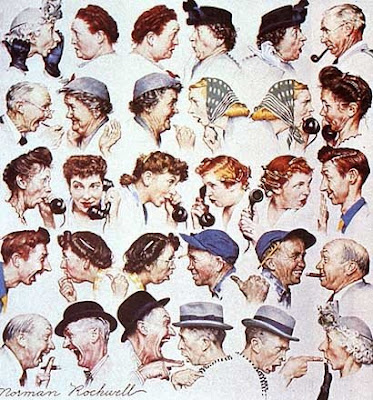