CXX
Yank the ramp out of the back of the truck and use it to determine
Where the thing ought to be park’d. Who talks about the breath
Of a whole company of men downing Dexedrine smelling like a jar
Of dead snakes? Nobody sweats the smaller indignities mid-firefight.
Melville claim’d what’s spat out in heat: ‘that thing unsays itself.’
I am not so sure. Everywhere excrescent flowering exotica, import’d
Ornamentals jagging up old fields, all the mullein with its flannel’d
Leaves and high javelin stalks plow’d under, TruGreen’d out. Need
To go a county or two west where a mob of birders is keeping ‘all
Available glass’ point’d into a flock of longspurs, reportedly containing
Some Smith’s. What is it Wallace Stevens means when he writes: “To chop
The sullen psaltery = to write poetry with difficulty, because of the excess
Realism in life”? I’d like the song of my days to resemble that
Of the longspur, its dry mechanical ratch of winding a two dollar
Watch.

There was the terrible possibility that a search for information . . . could become so exhausting that the exhaustion itself became the information. Overload was such a real danger, not as obvious as shrapnel or blunt like a 2,000-foot drop, maybe it couldn’t kill you, but it could bend your aerial for you and land you on your hip. Levels of information were levels of dread, once it’s out it won’t go back in, you can’t just blink it away or run the film backward out of consciousness. How many of those levels did you really want to hump yourself through, which plateau would you reach before you shorted out and started sending the messages back unopened?

Why’s that seem utterly apt? Thirty years later and all we bent-aerial’d writers ever appear capable of doing is “sending the messages back unopened”? If Dr. Williams stress’d “contact”—that requirement of any bold empiricism—how come “we” find ourselves so why so all-niggardly pixel’d, bent only to the screen? Epicurus didn’t say stuff it to the hilt, big ass, or y’all catch a deaths of pleasure: he shoo’d off the divine interventionists, he Luddite-clobber’d the computer screens with a handy malleolus (little hammer). (Illi inter sese multa vi brachia tollunt / In numerum, versantque tenaci forcipe massam. = They, keeping time, one by one raise their arms with mighty force, and turn the iron lump with the biting tongs. Virgil, talking about the Cyclops.) Didn’t one used to see TV refer’d to as a “one-eyed monster”? If the century’s mind rots in a jar, oughtn’t one choose Tennesseelessness, and stop hoo-ing to the slick trombone? (Wallace Stevens says that means “making Bing Crosby,” though I think he means “making like Bing Crosby,” all oleaginous suavity, a social charm quark.) Ah, Der Bingle. I recall doing a passable vibrato on “We All Have a Song in Our Hearts” one crowd’d hot noisy night in the Palms, and nobody—nobody—heard it. “New form as an addition to nature,” c’est moi. Oh, I don’t know. The defeatist’s sigh after the excoriation. Which does not mean “to tear out the heart of,” but “to flay, to strip off the rind or bark.” Dr. Johnson: “I was punished with artificial excoriations in hopes of gaining new graces with a new skin.” (He’s not talking Web-lingo.) “The cosmetick science was exhausted upon me; but who can repair the ruins of nature? My mother was forced to give me rest at last, and abandon me to the fate of a fallen toast . . .” (“New form as an addition to nature,” ce n’est pas lui.) In a world without “contact,” what becomes the information is no longer the exhaustion of its search, it is its terrifying ease. The world located in the itch of one’s fingers so lightly and indifferently padding out and back across the old familiar keyboard, that veritable stockade and asylum. (Herr: “The moon came up nasty and full, a fat moist piece of decadent fruit. It was soft and saffron-misted when you looked up at it, but its light over the sandbags and into the jungle was harsh and bright. We were all rubbing Army-issue nightfighter cosmetic under our eyes to cut the glare and the terrible things it made you see.”) No such “cosmetick science” need’d here in “our” new skins. “A suspected U.S. drone fired missiles at a house in Pakistan’s tribal region Wednesday, killing at least six people.” Drone: “A continued deep monotonous sound of humming or buzzing,” “a pilotless aircraft or missile directed by remote control,” “A non-worker, lazy idler, a sluggard.” (Les drones, c’est nous.) “The Spike, an advanced top-attack missile, is what gives the French drone its killing power.” “The number of my daily hits spiked after I post’d my pictures of the moon: nasty and full, a fat moist piece.” Herr: 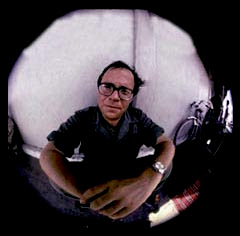