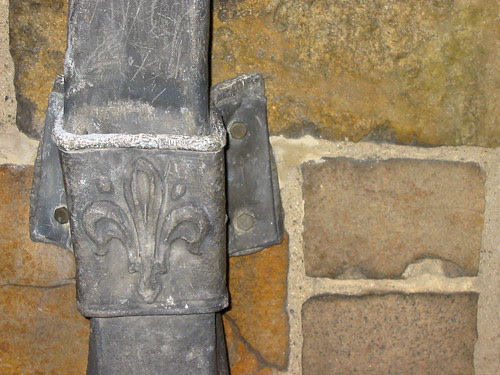 CVI
Gaping after weather. Something John
Keats warn’d against. Stars undoubtedly
Superb. Freud after reading Kant’s
Cosmological proof of God’s existence.
(According to Beckett’s miscellany of
Disjecta.) The untrammel’d sun splashes
Up against the awning, slats
Through the jalousies, beads up
Viscous along the raspberry jam
Stuck to the knife I
Am smearing a slice of
Rye with. Unspeakable pressure of
Things resisting the human, exerting
A pull of solidarity against
The splay wordy diminishments: cup
Gather’d by blanch’d concavity of
Saucer, the temerity of unlaunch’d
Tea. A piece of white
Sky with trees adjoining ends
Up in a puddle untamper’d.
Broken pane of a window
Punch’d out of some house
Celestial, gaping and undoubtedly superb.
(That a thing oughtn’t desquamate
Into mere human particle and
Stitch, that it contain its
Own material ruse and stupefaction.)

“You can’t say it that way any more.” (Ashbery, in “And Ut Pictura Poesis Is Her Name,” a piece I like to think of ’s chum and boon companion to that little song about a dog named Bingo.) As per usual in the world (this world) of rampant and stupefying contingencies (there’s one now), I was looking for something entirely different, something about surfaces, and skimming along in every direction, a surface density, density implying a kind of opacity without depth, depth of the skate-blades cutting ever-changing, ever-similar patterns into the ice. (You can ascertain by the level of my excitement—a strictly inverse proportion—how little I know what it is I am about to “say.”) Shhh. Mania is talking:

“That’s what I thought,” Mania pouted, stamping one of her feet in its platform shoe so loudly that several of the extras turned to look. “Atmosphere—that’s what it was all along, wasn’t it? A question of ambience, poetry, something like that. I might as well have stayed in my cave for all the good it’s going to do me. After all, I’m used to not blending in with the environment—it’s my business not to. But I thought you were going to take me away from all that, to some place where scenery made no difference any more, where I could be what everybody accuses me of being and what I suppose I must be—my tired, tyrannical self, as separate from local color as geometry is from the hideous verticals of these avenues and buildings and the festoons that extend them into the shrinking consciousness. Have you forgotten the words of St. Augustine: ‘Multiply in your imagination the light of the sun, make it greater and brighter as you will, a thousand times or out of number. God will not be there’?”

Ashbery again, “Description of a Masque.” (Isn’t that a reference to the French actress Arletty in Marcel Carné’s 1938 Hôtel du Nord, that outburst in the sing-song mocking voice of toy terrier with a rat: “Atmosphère, atmosphère, est-ce que j’ai une gueule d’atmosphère?”—something like saying, “Scenery, scenery? Do I look like just a piece of the scenery?” And, indeed, Ashbery continues with lines about “what should have been obvious from the start, that the setting would go on evolving eternally, rolling its waves across our vision like an ocean, each one new yet recognizably a part of the same series, which was creation itself. Scenes from movies, plays, operas . . .”) And isn’t there a dare evident in combining the Horatian nut of ut pictura poesis (literally, “as painting is, so is poetry,” apparently a wan jag off Simonides of Keos’s formula, poema pictura loquens, pictura poema silens, “poetry’s a talking (loquacious) picture, painting a silent (mute) poetry”—a kind of inescapably commensurate tidiness) with “You can’t say it that way any more”?

I went snooping in the Ashbery after reading a swatch of Lyn Hejinian, a piece titled “Six Positions of the Sun,” part of an intend’d larger work call’d Positions of the Sun (I see a photograph with several exposures timed at precise intervals of the midnight sun spotting the sky above Greenland, or somewhere terrible north; I am remind’d, too, fortuitously, of Augustine in Ashbery: “God will not be there.”) (“Six Positions of the Sun” is found in the Belladonna Elders Series 5, a book that includes a sequence call’d “Celestial City” by Etel Adnan, Jennifer Scappettone’s selection of collages “wrought of shredded, resalvaged documentary visuals and texts” call’d “8 Pop-Ups from Exit 43,” and a short preface titled “Poetry, Landscape, Apocalypse” by Scappettone.) Isn’t Hejinian’s concern, too, (partly) about how “You can’t say it that way any more”:

Five robins and some starlings land on the grass just outside the window under stormy skies. I do not say they are “mere robins.” The contemporary writer continues to struggle against sentimentalism and didacticism, but, out of sight and hearing, they seem to be thriving. The truly familiar is as uncommon as a meadow’s momentary fate. The terrifying beauty of the mountains near the sea weakens travelers. “I don’t want to say a single word,” says a traveler coming upon a view of a violet-hued precipice, stunted pine trees clinging to its sides. Travelers begin to speak because they want to fall silent and feel compelled to say so. Incommensurability occurs at the point where comparison fails (and assimilation is completely impossible). The elements of an incommensurability can’t be incorporated into the realm of exchange value, of the commodity, they resist the submergence of everything into that system of equivalence, which nullifies uniqueness and compels us to exchange, for example, this beautifully made table for that tenderly nurtured cow. Promises are always weak, and they weaken the future.

Of course I went snooping in the Hejinian because I’d been reading another block of Adorno’s Aesthetic Theory (and I’d noted—accurately or not—in Scappettone’s preface a week or so back when the book arrived how the pages of Positions of the Sun are self-admittedly emerging out of “the colossal, practically indexless propositions of Adorno’s Aesthetic Theory, with their hybrid perusals, proliferation of time signatures, ungainly unchecked argumentative chunks, spreading contiguities, shifts of gear.”) (I return’d to the Adorno originally—after ducking in under it some years ago and finding it no place for shelter, a reverb-sludgy Gold Star wall of sound—after seeing, probably in a recent Grand Piano, that Hejinian herself’d took to reading it, slowly, a few pages daily. Such is the vagary of reading.) Scappettone quotes, too, a Hejinian letter regarding Stein’s late-’twenties “landscapes” and applies it to Hejinian’s work itself: “late-style expansive all-over non-totalizing high-resolution (as in high-resolution photography . . . enterable at any point, every point in focus.”) Which is, of course, exactly how the Adorno reads. Point: “As reflection increases in scope and power, content itself becomes ever more opaque. Certainly this does not mean that interpretation can be dispensed with as if there were nothing to interpret; to remain content with that is the confused claim that all the talk about the absurd gave rise to. Any artwork that supposes it is in possession of its content is plainly naïve in its rationalism . . .” “I don’t want to say a single word . . .” (What’s not broach’d in my ramblings: the sense of the wornout inexpressible sublime combat’d by the daily. Hejinian: “In Energy of Delusion, Viktor Shklovsky comments that Tolstoy kept a diary all his life and in doing this he came to understand the human soul. Tolstoy repeatedly said in his diary that diaries were all one needed to read, people could find everything in them.”) (Okay. Resume conversing, &c. Mania’s finish’d talking.) 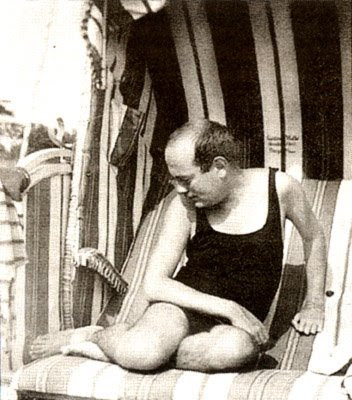 Adorno in the Sun