Nothing in the Hopper I

CXIII
In Holy Dying Jeremy Taylor repeats the story of clean-
Head Aeschylus and how he perish’d, hit in the rock-
Like cranium by an oyster dropped by a high-
Flying eagle. A rather good story, though I’ve only heard tell of herring
Gulls and the bigger black-backeds behaving that way. And some
Say a tortoise mortify’d the guy. I do like a story so
Eagerly malleable in its particulars. Thoreau, who distrust’d any gussying
Up, and long’d to make an art out of radical attunement to incremental
Local changes, buoy’d up by all that’s ‘simple, cheap and homely,’ wrote
Of style: ‘If one’s got anything to say, it drops from him simply, directly, just
As a stone falls to the ground.’ Too, he claim’d the mechanics of
Composition simple, compared it to ‘the discharge of a bullet from a rifle.’
Ah, that lean inhabit’d ease of the nineteenth century, A so impeccably
And routinely striking B, and B making C pertinent, it just kills
Me.

Wholly “unprepared,” every morning of late I am unprepared, nothing in the hamper, the red-check’d tablecloth unfurl’d in the saw grass, here come the ants for no block of cheese standing monumental, no cutlets, no sop. A sappy way to commence anything, though goofing along, just waiting for the “higher” (and I don’t mean soprano) voices to begin, does allow time to catch its breath, slows its high-footing hurtling: there it comes now, dragging along its apish arms, mouth-breathing, slack-jaw’d. I did worry the “dialectical method” a little in the apricot-tint’d morning light: decided that its beauty is in the way it allows (requires) one to vacillate between thetical and antithetical, nimble as a goat. One is doggedly, strychnine-convulsedly earnest; one is weakly namby-pamby with a velleity-scent’d handkerchief. In the pragmatic version norteamericano (F. Scott Fitzgerald in “The Crack-Up”), one’d say something like: “the test of a first-rate intelligence is the ability to hold two opposed ideas in the mind at the same time, and still retain the ability to function.” (Functionality, comme on dit, being a thing lowdown amongst my hath not th’advantages. I do recall well a mean-drunk veerage through go-to-work morning streets of the French capital, sneering up into the faces of any suspect’d of jeune cadre’d propriety and diligence: “Et vous, Monsieur, vous êtes functionnaire? with spitting contempt.) In the earlier, poetickal version (without the rigor of either the “dialectic” or the “method”): “several things dovetailed in my mind . . . I mean Negative Capability, that is when man is capable of being in uncertainties, Mysteries, doubts without any irritable reaching after fact & reason.” It’s Adorno’s turns and disavowals and counter-arguments (in talking about Baudelaire: “The new is akin to death” and, some sentences along, “The new is the aesthetic seal of expanded reproduction with its promise of undiminished plentitude”) that tug one into such cloudy vagaries. And what of a clammy sense that some part of Adorno’s become a critical commonplace, that is, somehow diffused into the everyday by osmosis. I stumbled into the following in Susan Sontag’s Regarding the Pain of Others:

The hunt for more dramatic (as they’re often described) images drives the photographic enterprise, and is part of the normality of a culture in which shock has become a leading stimulus of consumption and source of values. “Beauty will be convulsive, or it will not be,” proclaimed André Breton. He called this aesthetic ideal “surrealist,” but in a culture radically revamped by the ascendancy of mercantile values, to ask that images be jarring, clamorous, eye-opening seems like elementary realism as well as good business sense. How else to get attention for one’s product or one’s art? How else to make a dent when there is incessant exposure to images, and overexposure to a handful of images seen again and again? The image as shock and the image as cliché are two aspects of the same presence.

Scars of damage and disruption are the modern’s seal of authenticity; by their means, art desperately negates the closed confines of the ever-same; explosion is one of its invariants. Antitraditional energy becomes a voracious vortex. . . . Given that the category of the new was the result of a historic process that began by destroying a specific tradition and then destroyed tradition as such, modern art cannot be an aberration susceptible to correction by returning to foundations that no longer do or should exist; this is, paradoxically, the foundation of the modern and normative for it.

Isn’t that “voracious vortex” akin to capitalism itself? One begins to sense two trains full-throttling along two parallel tracks. So one’s obliged to combat the attention-getters (the marketeering groupuscules) with same-old same-old shock-ruses with the same vehemence that one refuses to participate in the society of functionnaires. One counters the outbursts of “shock” with the everyday, the consider’d, the incremental; one counters capitalism’s demands by refusing its calls to “splurge,” its crass insinuations to improvement through mere spending. “Less stuff.”

Ron Silliman asks what it is “about surrealism that permits softness to uproot it from its avant-garde heritage” at the same “moment” that he is gropingly trying to offer what can only be perceived as a seal of approval to some “third way” emergent “hybridity.” (Long’s it’s got a name, it’s okay in Silliman’s book. One’s able henceforth to shuck it off unread in some corner, without articulating with any conviction one’s reasons why.) I’d argue that “hybridity” is exactly the same “softness” that is in the process of uprooting Language poetry from its cherish’d avant-garde heritage. That is, just a few minor “scars of damage and disruption” willfully plaster’d to whatever served as base period-style prior. That’s a cynical reading of a captious product made for a gullible time. 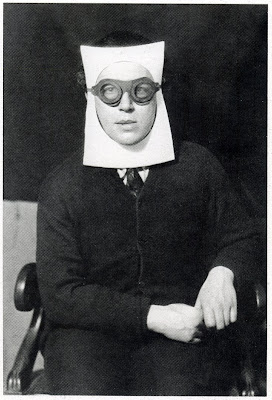