CIV
Or, there’s form’s tendency to Procrustean beddishness, its chop-
Shop thuggery, a catalytic converter pull’d for its honeycomb of platinum
And pitch’d off a pier early one morning. A single cormorant’s
Hunching out its wings, a black mold’d Eames-style chair
Discard’d next to the shiny red pump. A freighter’s smoke
Smudges the clean line of the horizon out beyond the sound’s
Enclosure. The only sound is slosh sempiternal, and the way it
Heaps up against its own diminuendo, says ocean ocean ocean.
Though one’s apt to allow that the unalign’d heart sloshes, too. Form is
Jihad and jacket: dog-obvious, it barks up its own sleeve, telephones its
Punches.

Hard scent of manure dump’d in garden beds, rainy, wet, up too early. Tendency (of late) to skate along wow’d without perusal. Who writes lovely sentences? Beckett. Story of Ticklepenny (in Murphy) who revels (naturally enough) in a newly conferred “freedom from poetic composition” (of, one is forced to admit, a pentametrickal “type”). Ticklepenny ends up “washing the bottles and emptying the slops of the better-class mentally deranged” in a curative jaunt (at the Magdalen Mental Mercyseat under one Dr. Fist), breakdown “due . . . to the pentameters”:

This view of the matter will not seem strange to anyone familiar with the class of pentameter that Ticklepenny felt it his duty to Erin to compose, as free as a canary in the fifth foot (a cruel sacrifice, for Ticklepenny hiccuped in end rimes) and at the cæsura as hard and fast as his own divine flatus and otherwise bulging with as many minor beauties from the gaelic prosodoturfy as could be sucked out of a mug of Beamish’s porter.

Now, being a dutiful, mostly deplaque’d puritan sort with half-shiny choppers, there’s little to say beyond savory in that “gaelic prosodoturfy”: one simply nods dumbly, drooling like a fool. And, being a dutiful, mostly depulp’d puritan sort with ass-shiny cruppers—I spent some no little time reading the imperiously dense Theodor Adorno of Aesthetic Theory in “advance” of turning snugly to the Beckett. One might enter into its ineffable stream nigh anywhere:

It is uncertain whether art is still possible; whether, with its complete emancipation, it did not sever its own preconditions. The question is kindled by art’s own past. Artworks detach themselves from the empirical world and bring forth another world, one opposed to the empirical world as if this other world too were an autonomous entity. Thus, however tragic they appear, artworks tend a priori toward affirmation. The cliché of art’s reconciling glow enfolding the world are repugnant not only because they parody the emphatic concept of art with its bourgeois version and class it among those Sunday institutions that provide solace.

Is there a confusion here between the act itself of making art (“Detach, Invading”—as Ron Padgett says—“Oh humming all and / Then a something from above came rooting / And tooting . . .”) and the “artwork”? Isn’t there a constant exchange occurring (the artist “humming”), a motion of exiting “the empirical world” in the making, and return—“art’s reconciling glow enfolding the world”—in the made thing? If Frank O’Hara says (“My Heart”): “I want to be / at least as alive as the vulgar. And if / some aficionado of my mess says “That’s / not like Frank!”—isn’t that just a downtown version of Adorno’s dilemma? Vulgar autonomous Frank “alive” and arting (art is a verb) versus the fallen world (solacing, or lacking solace, a “Sunday institution” complete with “aficionado”) of the art object (the “mess”). Is it pertinent here to think of O’Hara’s line (in “Biotherm”) about how he is “guarding it from mess and measure”—or of Ted Berrigan’s misinscription of “measure” as “message” in “Frank O’Hara’s Question”—“I am guarding it from mess and message”? (Marjorie Perloff rather simple-mindedly interprets the line as an either / or: “that is, from total formlessness on one hand, and from a more traditional rhetorical and prosodic organization on the other”—too, she refers to “Biotherm” as “something of a rock opera”! I doubt O’Hara worry’d a nautical knot about manœuvres between any imaginary prosodic Scylla and Charybdis (“that’s just common sense: if you’re going to buy a pair of pants,” &c.): I do suspect he’d cotton to a sense of “measure” as assessment, “to take measure”—that post-art-making gauging and weighing, the dull reconcilement of the object with the world. He says so in a 20 September 1961 letter to Donald Allen:

I’ve been going on with a thing I started to be a little birthday poem for BB [Bill Berkson] and it went along a little and then I remembered that was how Mike’s Ode [“Ode to Michael Goldberg (’s Birth and Other Births)”] got done so I kept on and I am still going day by day (middle of 8th page this morning). I don’t know anything about what it is or will be but am enjoying trying to keep going and seem to have something. Some days I feel very happy about it, because I seem to have been able to keep it “open” and so there are lots of possibilities, air and such.

Stumbled up against. Arthur Schopenhauer, “On Authorship”:

. . . there are three kinds of authors. First come those who write without thinking. They write from a full memory, from reminiscences; it may be, even straight out of other people’s books. This class is the most numerous. Then come those who do their thinking whilst they are writing. They think in order to write; and there is no lack of them. Last of all come those authors who think before they begin to write. They are rare.
Authors of the second class, who put off their thinking until they come to write, are like a sportsman who goes forth at random and is not likely to bring very much home. On the other hand, when an author of the third or rare class writes, it is like a battue. Here the game has been previously captured and shut up within a very small space; from which it is afterwards let out, so many at a time, into another space, also confined. The game cannot possibly escape the sportsman; he has nothing to do but aim and fire—in other words, write down his thoughts. This is a kind of sport from which a man has something to show.

Damn’d by its own metaphor, no? Missing: they who write in order to think. 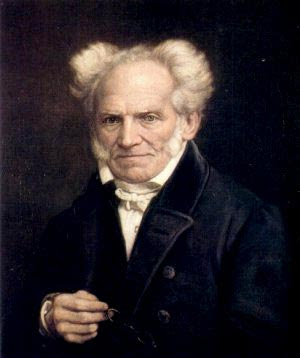