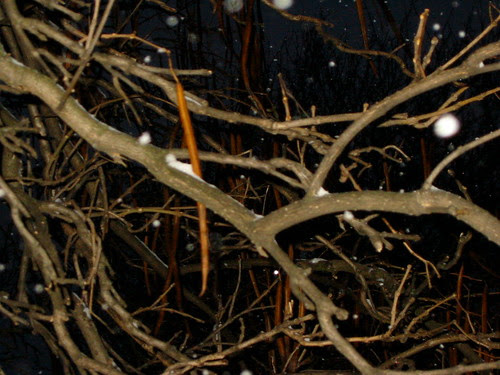 Is it William Matthews who retorts (smart-alecky) somewhere (regarding that piece of Shakespearean self-help, “to thine own self be true”): “as if one had a choice”? One’d think that, under the gusts and thrusts of generic-brand continental theory and its ruinous bastard-offspring by Language writing (to say nothing of Time magazine)—one’d think the burning spear of the “self” (who he?) would’ve moved along considerably by now, hiss’d itself out in the oceanic onslaught of self-admonitory verbiage. So what is Steve Benson doing beginning a seventh Grand Piano entry with: “The expectation, which I hold in common with the fictive reader, is that I will represent myself, that I will make an effort, at least, to remain—even be—true to myself, as I was then”? I am not sure whether Benson means the “reader of fiction,” or the “imaginary reader”—I doubt it matters—and, unsurprisingly enough, he is less concern’d with the ontology or stability of the self (he demolishes that with “as I was then”), and more with the epistemological incertitude of the whole gewgaw. “Who,” he complains, “am I to know and say? In any case, here, now, I am. Cut adrift, the battery dead, and I am rowing.” And (snore): “‘I’ appears here only by way of compromise, by consensus, since ‘we’ appears absurdly presumptuous, and ‘one’ or even ‘anyone’ unjustified.” (Suddenly, “one” sees exactly what “I” long for—a history of the period (and its individuals) without the accompanying poses, the constant reiterant position-takings and claim-buttressings: a Joe Friday run-through, a chronology, and not the fraught chippy-whine, not the bag of elbows nudging—us and one another.)

What one gets: another recital of Benson’s “talk” call’d “Views of Communist China,” where he moved belongings (out of the “railroad apartment” he occupy’d—unfailing, the same old same old details) into Francie Shaw and Bob Perelman’s Folsom Street “loft,” read some of an Orville Schell New Yorker article about China, and did semi-provident, semi-stall’d out improv on the décor of the Benson re-negotiated, post- Perelman / Shaw aparto. (You had, as they say, to be there.) All record’d and retrieved and print’d first in Perelman’s Talks issue of Hills (1980), again (pieces) here, and “forthcoming” in a Perelman-edited thing call’d The Bay Area Talks (Salt, who cares?) The extend’d mileage guarantee of limit’d resources. Of the transcription re-present’d, two pieces I prefer. Benson’s reply to Perelman wondering (with regard to the homey arrangement of one’s “things”) if there’ve “been moments when you’ve really felt them as if you were an other.” Benson:

—with just these things, themselves, unless like there’s a new one, and then, then, if it’s new, then I like will identify with the other, yeah like I just did it, you know? And so, uh, sometimes that feels good, like, some of the collages in the front room. I still like identify with them as though like I somebody else coming to see them, and so then that feels good.

Which makes me think: how good William Gaddis is at mimicking the infelicities of speech, those strain’d roundabout boobish utterances we make with such serious intent. Which makes me think: how prescient that I (and cohort of running dogs of the “era”) never bother’d to transcribe (or even keep) similar goof-propell’d rhapsodies of my own youth-muddy’d effusions with those comrades in Ithaca. It (they, the unembellish’d cassette’d rhapsodes, were just a momentary trial, not evidence and expenditure for a “posterity”—there was never any “future” out there then.) The second “piece.” Barrett Watten’s bright remodeling idea:

What about, what about building so much tension and drama into your walls, you know, you never know what was the biggest thing about them but you’re sort of always uh sort of like they’re defining those parts of the walls to you differently every time. Have you ever thought about doing that?

And at Benson’s attempt-to-clarify query—“Like to just be changing them all the time?”—and Watten continuing with what sounds like a bout of mania: “To completely kill the surfaces with tension until they can’t take it anymore.” Yow.

One terrific line out of the report of the talk-machinations: “The situation that I had prepared to present my knowledge in had unfailingly prepared the question I did not know how to answer.” Which is, I’d argue, exactly the proper mess that any of art’s fool machinations ought to plunge one into; is what binge-predilection (name the “substance”) or mousy “constraint” is for: to propel one flawlessly out beyond the dodge of the ordinary. One of Benson’s ruses: “I played a tape of a speech ad-libbed minutes earlier back through headphones while I spoke a new version based on it.”

And? Music reduced to a report of watching Dylan’s 1965 KQED press conference, the way he snort’d off press’d intimations of presumed seriousness, having a gas at it, refusing any premature “fit.” (Some of “our” Young Turks—and they increasingly desperate “Elders”—’d learn a little about the snares of blindly coveting a public identity by seeing it.) Too many, in Benson’s piece, again, verbatim (raw) pages out of diaries. Reading that in 1980 Benson noted how Hejinian’s My Life “suggests all the incomprehensibility of the complex of contingencies that makes up a human ecology + the frameworks we conceive it in, resonances”—aye karamba!

Rae “Diamonds” Armantrout musters the briefest of notes—essentially three paragraphs, a miniature “setting.” The Eagles singing “You can check out anytime you like, but you can never leave.” The “thoroughly colonized” self who—dropping acid—is present’d with “a cartoonlike parade of tootsie rolls and small American flags”—imagination become ward of the State. (I am remind’d of the close of Wim Wenders’s astounding Im Lauf der Zeit, where the traveling repairman—he fixes film projectors and / or delivers new movies to small town cinemas—park’d out somewhere in the no-man’s land between the two Germanys with U. S. armed forces radio playing continuous American top-forty—says, simply: “They’ve even colonized our subconscious.”) And (Armantrout’s third paragraph): I Love Lucy coming up next on the television (“It’s so silly the way she wants to do what Desi does, the way she wants to go too. She gets punished for this desire eternally . . .”) and Armantrout’s refusal to the enjoinder’d “Come and see”: “I’m not coming. I won’t answer to that name (whatever it is). A scale (balance) of forces: how choice itself is disarm’d. At the end, a summary (one senses that it is a requirement of prose-memoir, or a demand: “What cultural work were we doing? Learning to say “Not me,” and “Not so.” The Bartleby motif. And yet (plain as the posterity-promulgating “cultural work” of The Grand Piano), “The song remains the same.”

A complete sucker I am for book lists, bibliographical Pandora’s boxes. Welcome, then, is the final part of The Grand Piano 7, a thing call’d “Chronology: Timeline of Book Publications Significant for The Grand Piano, 1965-85.” Divided by year (presumably of publication, availability), the list contains “roughly 450 titles . . . divided into primary and secondary texts (including theory, poetics, and anthologies).” The list is one of “book publications (first editions, anthologies, and translations as well as reprint and collected editions) that were significant for authors of The Grand Piano and remain so. Each author supplied a bibliography of works (antecedents, contemporaries, and contexts), which were discussed and edited to fit the available space.” Quick graph observations. A few things one’d not expect: Merwin’s The Lice, Plath’s Ariel, Morrison’s Sula. The bleak paucity of prose fiction. Minimal history, scanty travel. No natural history. What would a list look like without the inclusion of one’s own (and co-Pianists) titles? Why the arbitrary twenty year cut-off dates? (The odd cocooning / time capsule effect of ending with 1985—what do the Pianists read now?) That coy red pennant of “and remain so”—just which precisely are the books one returns to, how often, and why? Why not offer the original unedit’d lists—I am curious who the “big readers” be, and who subsists mostly on televised “offerings”?

XXVIII
Like finding
a mentally congenial divine
somewhere beyond my beard.
Prim, or into immaterial denial.
Just the gist of someone else’s
brotherhood, and loyal as a fool.
I cannot fail to strike
you now as parsimonious, something
like a cauliflower shyly mouthing the muck,
or a thick-finger’d thief, or
a box turtle, pulling my boot-
thick skull down
to cover the vex’d and softish
blazon, neck’d.