XII
Under the sun’s creamy white
Light, snow makes a fatty
Deposit, a greasy coagulant stuck
To the black bones of
The trees. All up under
The day is the speech-
Rhythm of a blues guitarist,
Name of Lee Chester Ulmer,
Seventy-nine years on earth.
He says: “I ain’t downing
Nobody.” He says: “Ain’t nobody
Downing nobody.” He says: “People
Used to dance like ants
Up in a mule skin.”
He says: “I got more
Women than a passenger train
Can hold,” and recalls Arthur
“Big Boy” Crudup, who taught
Elvis Presley a thing, “put
Out that record about ‘I
Got my questionnaire / And they
Need me in the war.’”
One man band in Joliet,
Come up out of Stringer,
Mississippi, forty years driving flat-
Beds and tankers, I am
An American artist, and they
Ain’t nobody know my name.

Some immeasurable hundredweights of snow shovel’d, the usual weekend chores, a couple of intervening parcels of “A Year” divined and prospect’d with the fork’d stick of witch hazel I use for a pencil (old vatic technology), and—beyond that—a general peremptory deflecting of the skint wee idea (big empty meditational bubbles): that’s how it went. Sous les pavés, le bavardage or sous les pavés, le bricolage? The prattling gossip of mechanical man, is what’s under the trim squared stones of 1968. There is a moment (or several) in any longer routine of (writing) a piece where one senses oneself, oh, say, something like a “merdurinous draffe of one’s own imperfections,” a minor turpitudinous bit of clockwork gadgetry, all a-tick with idiocies, half-cock’d, a decidedly “excrementall” spectacle (“Impressive in a slightly boring / Eighteenth-century way”). (I love the exacerbations of the agon so that in the absence of a counterweight I’ll turn snarling to chew my own tail, no?) Both Gammer Gurton’s husband (the one who finds her needle in’s own trousers, what?) and Dr. Johnson’s cat (to whom the Great Cham fed oysters select’d by himself) carry’d the name “Hodge.” Why?

Zu•kov•sky (zoo-kôv΄skē), Louis 1904–1978, American poet and translator noted for his poem A, which he wrote throughout his life and which was published in its entirety after his death.

So reads the fourth edition (bought c. 2000 because I’d been relying on my Webster’s Seventh New Collegiate for nearly forty years, and’d read some good reviews of it) of The American Heritage Dictionary of the English Language. Chuckled at “translator,” nearly dismiss’d A for “A” as something kin to the not uncommon St. Elizabeth’s for St. Elizabeths (late Pound residence), and then noted the misspelling. Causing the inevitable forgetting of whatever word I’d been looking up.

Nearly three hundred pages into William Gaddis’s J R now. One sense: while seemingly a less recherché book than The Recognitions, its details of modern finance (the difficulties of comprehending bonds, debentures, dividends excludable and the like) provide a ground similar to that of something like the mysteries (incomprehensibilities) of (mostly) religious faith in the earlier book. There’s, too, a sense of the (troubled) reception of The Recognitions that haunts J R. Two terrific back-to-back scenes. The first reiterates Gaddis’s ongoing obsession with the history of the player piano, the social (amongst others) meaning of a kind of bastardizing mechanization of art. Jack Gibbs, a teacher, a novelist, plenty drunk, talking to Edward Bast, composer (and heir unapparent). Gibbs:

—Problem writing an opera Bast you’re up against the worst God damned instrument ever invented, asked me to tell you about Johannes Müller didn’t you?
—Well I, I don’t thing so but . . .
. . .
—Asked me to tell you about Johannes Müller didn’t you? Told you you’re not listening I’m talking about Johannes Müller, nineteenth-century German anatomist Johannes Müller took a human larynx fitted it up with strings and weights to replace the muscles tried to get a melody by blowing through it how’s that. Bast?
—Yes it sounds quite . . .
—Thought opera companies could buy dead singers’ larynxes fix them up to sing arias save fees that way get the God damned artist out of the arts all at once, long as he’s there destroy everything in their God damned path what the arts are all about, Bast?

Isn’t that “get the God damned artist out of the arts” evidence of earliest conceptualist claptrap? Calling Kenneth Goldsmith. Johannes Müller, naturally, the case of most of Gaddis’s outlandish inserts, exist’d (1801-1858). One notes with some alarm that, comparative anatomist, he linger’d long over the anatomies of humans and fish.

In the other exchange, later, between Gibbs and Bast, Gibbs reads out of the unfinish’d Agapē Agape, title, incidentally, of Gaddis’s own final short book, with the snarling (and funny) “anything hard about that?” to punctuate the paragraphs.

—Told you I broke my neck to get back here wanted me to read this to you didn’t you? Please do not shoot the pianist. He is doing his best. There, anything hard about that?
—No it’s, it’s fine . . . he got the inert foot propped on Moody’s and bent forward to work on the knotted lace.
—Posted in a Leadville saloon, this appeal caught the eye of art in its ripe procession of one through the new frontier of the ’eighties where the frail human element still abounded even in the arts as Oscar Wilde alone, observing the mortality in that place is marvelous, passed on unrankled by that phrase doing his best, redolent of chance and the very immanence of human failure that century of progress was consecrated to wiping out once for all; for if, as another mother country throwback had it, all art does constantly aspire to the condition of music, there in a Colorado mining town saloon all art’s essential predicament threatened to be laid bare with the clap of a pistol shot just as deliverance was at hand, born of the beast with two backs called arts and sciences whose rambunctious coupling came crashing the jealous enclosures of class, taste, and talent, to open the arts to Americans for democratic action and leave history to bunk. Now God damn it Bast anything hard about that?
—Well, well no . . . he eased the shoe off.
—Good, nothing so God damned hard about this, anything hard about this? A remarkable characteristic of the Americans is the manner in which they have applied science to modern life Wilde marveled on, struck by the noisiest country that ever existed. One is waked up in the morning, not by the singing of the nightingale, but by the steam whistle . . . All art depends upon exquisite and delicate sensibility, and such constant turmoil must ultimately be destructive of the musical faculty . . .

Oscar Wilde (out of the 1883 “Impressions of America”: “They afterwards took me to a dancing saloon where I saw the only rational method of art criticism I have ever come across. Over the piano was printed a notice: PLEASE DO NOT SHOOT THE PIANIST. HE IS DOING HIS BEST.”), Walter Pater (“condition of music”), Iago in Othello and James Joyce (“two backs”), Henry Ford (“bunk”). Sense of Gaddis’s essential sympathy for “the frail human element.” Me, my skint wee ideas. 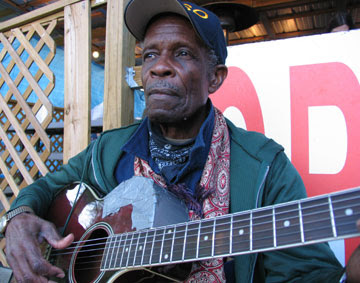