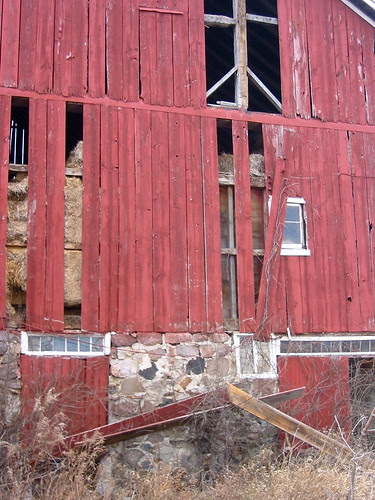 XXX
Blue at the end of
the novel of indispensable pessimisms,
the boy’s readerly instincts kaput.
He cannot admit he’s confused
B. Traven with Baron Corvo,
or puce with anything thumb-
sized or “the lesser,” continuing
down to the flea-sized
mark of the personal he
uproots out of the holy
in a whey-faced attempt
to “get at” the Absolute.
The idea of the human
strabismus of God, all-seeing
(albeit with a squint) with
one eye misalign’d, how it
throws off the world’s balance,
and makes tranquility flail obscenely
like a June bug tether’d
to an arm’s length of
filament, or a fat man
in rut, pinned by two
lips, up against the firmament.

Finish’d Gaddis’s J R and went “into” that fandango of indecision that is the result of being stuck with one book for a lengthy period whilst other beckoning possibles accumulate. Loved the outburst at the end, all undoing, Jack Gibbs, one of the artists (a writer) loose in the novel, seemingly rejecting the stasis of, what? a woman (“when she finally called he wouldn’t speak to her, heard her voice he pretended he was an old black retainer yas’m, yas’m, dat old Mistah Gibbs he a genuine rascal to play de ladies so, say he clear out to a place yonder call Burmesquik set him up a little factory there hasn’t answered the God damn phone since . . .”)—cartoonish shades of Leslie Fiedler’s thesis in Love and Death in the American Novel, the “lighting out for the territory” syndrome—and when somebody fails to comprehend (“I mean I still don’t under . . .”), the reply’s got something to do with the habit of scribbling away (painting away) for years and years, terminally and completely “took” by turns of monstrous funk and uninhabitable glee:

Which seems a bleak and proper “assessment” of any maker’s drive (probably encumber’d, too, by the critical dig of “difficulty” assess’d against Gaddis’s own work, and the “cost” of twenty years between The Recognitions and J R.)

So that: I turn to a man capable of writing (of a girl): “this unhandled slip of mulierity.” Because of a need to think about the limits of language (again) ? Simultaneously Alphonse James Albert Symons’s The Quest for Corvo (1934) with its intriguing subtitle, “An Experiment in Biography,” and a late (posthumously publish’d in 1934) novel by said Baron Corvo (a. k. a. Frederick Rolfe) titled The Desire and Pursuit of the Whole (subtitled “A Romance of Modern Venice”). Is it full contentiousness in a dumb’d down “era” to put up with a writer of such high disdain, invent, and peculiarity? (Oui, j’espère. I am all esperance.) Symons records some of the extent of Corvo’s oddity (he’s writing about Rolfe’s first novel, Hadrian the Seventh):

Fr. Rolfe shares his hero’s liking for compound words; and his pages are studded with such inventions or adaptations as ‘tolutiloquence’, ‘contortuplicate’, ‘incoronation’, ‘noncurant’, ‘occession’, and digladiator’. In constructing his sentences he sets his adverbs as far before both parts of the verb as he can; and though he often lapses into learning and Latin, the most homely expressions are not disdained in his elaborate paragraphs. But these peculiarities do not rob him of a real eloquence . . .

Here’s a sample (fitting, rather accidentally, with the Fiedler thesis), Rolfe writing about protagonist Nicholas Crabbe pondering Plato’s “The Desire and Pursuit of the Whole is called Love” and “relations with women”:

His natural bent was for treating them as goddesses in niches . . . He didn’t in the least admire their physical beauty, as a rule. He looked upon them as he looked upon those very venerable black Madonnas who invariably work miracles. The form and ornament of them made him simply sick, ‘usque ad nauseum,’ by reason of its vapid bunchiness and vacuous inconsequent patchworkiness. . . . You should have observed his furious forbearance with the scraggy ladies of rectors, or with the tailor-made females who still hoped to allure a man with their motley mangy boas and hybrid hand-bags and clinking beads and heterogeneous high heels and foolish fat stockings and hard waists (o Aphrodite Anadyomene) and tabby hats like crumpled wrecks of flea-bitten birds’ nets of felt plastered with the scratchings of rag-bags and gigantic withered old cauliflowers.

Do I thrill to “vapid bunchiness”? I do, I do. Is it the result of the sheer shallowness of all the short vowels? It is, it is. What about “scraggy ladies of rectors”? Isnt’ the contempt rack’d up in that scr, that rect, like a man hocking up a clot of phlegm? (It is, it is.) What Auden says in a foreword to The Desire and Pursuit of the Whole:

A gift for literary expression can embarrass its owner for it is always revealing his nature to others without his consent or even his knowledge. Banalities and platitudes are effective masks which can be worn by any face and it is impossible to guess the character of the wearer through them; but a genuine style, however ‘artificial’ or ‘impersonal,’ however intended to conceal, is the creation of the unique face behind it and its ‘unlikeness’ to the latter is never arbitrary.

Ammo against the prevalent plain style. Argument that (possibly) what it most successfully conceals is the “banalities and platitudes” of its “wearer.” 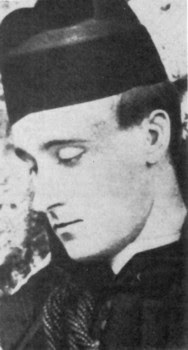