VI
Involucred, is how the botanists
Put it, the green bracts
Cupping the daisy itself. A
Way to offer something up
On the sprung platter of
Its cloistering, sexy’s the burst
Demure. Or murderous, target for
A rocketry. There’s a new
Unrestraint to the day, light-
Raked corolla of sun stuck
Flat to sky, sessile, accommodating.
A soldier in eighty pounds
Of thug-gear and night
Goggles jams the black muzzle
Of a fist-sized mitraillette
Into the checkered hang of
A kaffiyeh and unlooses a
Round that spews the side
Of a braying donkey with
Cloth bits and brain-spatter.
A tank pivots a hundred
And eighty degrees, fires and
Recoils like a fat man
Heeling back with a belch
To take in a parade.
Item: to the monstrous insouciance
Of the mercenary American soul,
I bequeath a tit for
Tat amalgamating reprisal, an unending
Waltz in the burning flowers,
The bursting unstalked flowers rare
That none may turn—un-
Quarried, unopposed, and aloof—aside.

Uh, that’s that. Growls at it all. Still figuring what my strategy for A YEAR is, both in the delivery of it (the mundane particulars of whether I compose whilst walking the dog or during le petit dejeuner or astride the bicycle à la Alfred Jarry) and how it continues, what it concocts, what stray turbulences it drags with it (into it, rushing along the millrace). Certainly the fiery mix of anger and “lean Despair.” And how balance that against the demands to read, or to bother the reading-soak’d neurons for a “report.”

Long period of examining Roberto Bolaño’s The Romantic Dogs, thinking some of the pieces read like Jack Spicer. That will’d clumsiness, slightly jarring misfits, and little half-repetitions in the lines. “A trail of nurses start heading home. Protected / by my sunglasses I watch them come and go. / They’re protected by the sunset. / A trail of nurses and a trail of scorpions. Come and go.” And ending: “Between both vulnerabilities sits Poe’s urn. / The bottomless vase holding all sunsets, / all dark lenses, all / hospitals.” And long period of examining Jack Spicer’s My Vocabulary Did This to Me (Wesleyan University Press, 2008), not entirely convinced of it (the connection) myself:

If someone doesn’t fight me I’ll have to wear this armor
All of my life. I look like the Tin Woodsman in the Oz Books.
Rusted beyond recognition.
I am, sir, a knight. Puzzled
By the way things go toward me and in back of me. And finally
into my mouth and head and red blood
O, damn these things that try to maim me
This armor
Fooled
Alive in its
Self.

Being part of “The Book of Percival.” And maybe not the prime example. And I begin to consider: what difference if it were so—that there were a similarity, mes semblables? And the answer is that Roberto Bolaño and Jack Spicer were both stalk’d by death (and, themselves, did some stalking, irascibly infra dig at the source-bottle, no?) I think something like “the abject surreal” haunts the work of both. Think of Spicer (in the first of the “Letters to James Alexander”) saying: “Fort Wayne, Indiana, is the capital of Nitrogen. All streets end there. No buses arrive there except those that carry direct mail or cargoes of Negroes en route on the Underground Railway. There has never been a city made up of so many arms.” And, later: “‘What do the sparrows eat in the winter?’ I asked someone one in Minneapolis. He replied, ‘They eat horse turds if they can find them.’” Isn’t the tone and image (degradation and neglect) akin to something of Bolaño’s, say:

In hotels resembling live organisms.
In hotels like the inside of a lab dog.
Sunken in ash.
That one guy, half-naked, kept playing the same song over and over.
And a woman, the holographic projection of a woman, kept going out on the terrace
to contemplate nightmares or splinters.
No one understood a thing.

A thing that ends with a line about returning “to the coleopteran-hotels, to the spider-hotels, / to read poetry on the edge of a cliff.” Perfect Spicer throwaway line: poetry is both a fix, a death, and the only saving—Spicer wouldn’t use the word—grace. (See the wobble and duality put into play in: “The death of a poet or a poem or / a Piece of paper. Things / Fix themselves.”). I think Spicer’s (and Bolaño’s) sensibility is, finally, in spite of the combative denials, the messes, Romantic. Both obsessed by the quest, the grail, the seeker (in Bolaño, the detective—and one recalls suddenly Spicer’s unfinish’d detective novel, The Tower of Babel.) If, in “Map Poems” Spicer writes (sneeringly)—“‘I have found it,’ he said, as he slipped on the soap in his bathtub”—he ends the piece (“217”) with: “Love makes the discovery wisdom abandons.” Bolaño, at the end of “La Francesa”:

No, a love brief as the sigh of a guillotined head,
The head of a king or Breton count,
Brief like beauty,
Absolute beauty,
That which contains all the world’s majesty and misery
And which is only visible to those who love.

One difficulty in assessing Bolaño’s poetry is, of course, the paucity of it available in English. The Romantic Dogs (New Directions, 2008), translated by Laura Healy, is subtitled 1980-1998; there is, though, no way of determining the dates of any of the poems, no sense of a trajectory. If I see alcoholic habits of messiness become mannerism in Spicer, and see some similar mannerisms in Bolaño, I’d like to see how those things occur’d in the latter’s work. When is something death-haunt’d and sheer’d clean like “With the Flies” written:

Poets of Troy
Nothing that could have been yours
Exists anymore

Not temples not gardens
Not poetry

You are free
Admirable poets of Troy

Not so distant is Spicer’s ocean “Tougher than anything” with its “White and aimless signals” (“It means / Nothing”) after poetry, ineffectual, goes. 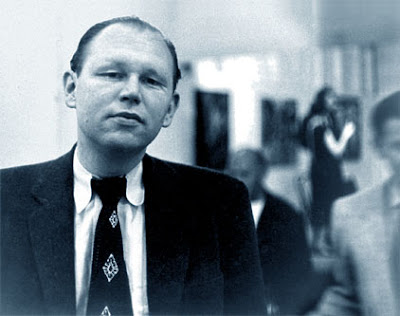