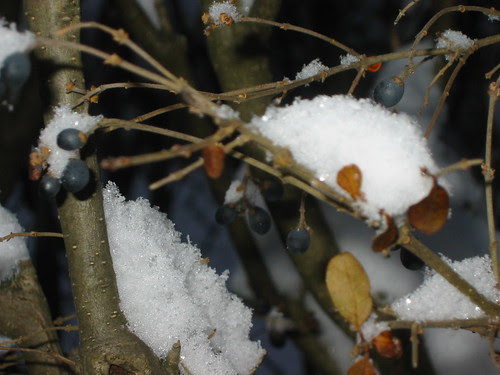 Ted Pearson’s piece in The Grand Piano 7, call’d “Etude 7: Some Intermittent Music (I)”—promising a “(II)”—dispatches with what Pearson calls “my years in music” in about a half-sentence in order to supply “a set of reflections on the issues that underlie those memories.” He writes, about reading Zukofsky’s essay “Poetry” in 1970:

It was at once a provocation and a touchstone. I had spent much of the preceding decade playing and composing music. I was also writing poetry “on the side” as a mostly private pleasure, albeit one that came to demand the attention I had once given music. Zukofsky’s essay initially gave me a way to think that transition.

Is it the preciousness of the academic prose that “disallows” me any anchor here beyond a vague dilettantism? In the rarify’d airy intangibility—“think that transition”—I long to say, uh, just to begin, what instrument did you play? Rather, one is stretch’d between the tenterhooks of “a provocation and a touchstone”—whatever that means—it’s seemingly a prefer’d construct (and position) of Pearson’s, the negligible midriff between two vagaries (later one sees how the Language bunch’s “heterodox practices and poetics” “seemed at once to invite and to dismiss the viability of discrepant lyricism.”) Oy. A succinct invitation to a dismissal in itself. Anybody encounter’d that “discrepant lyricism” animalcule anywhere “avant”?

Look how Pearson goes all Watten-y on us:

Given the convergence of my thinking at the time with the evolving critique of speech-based poetics—and the attendant disidentification with expressive form and identity politics—what could warrant my intransigent commitment to the lyric after “the turn to language”? In a word: nonidentity. More precisely, fidelity to a set of nonidentities: between music and speech, speech and writing, writer and text, writer and self. At issue was whether I could make a case for the relevance of my work to my peers in Language poetry.

Which somehow makes me think of approaching the stern and upstanding “men of the community” who once populated draft boards with a “case” for conscientious objector status. That, or Oliver Twist: “Please, sir, more discrepant lyricism?” Let’s see what the beast is. (Requiring some somewhat tedious review in the form of the new doxologies of theory.)

Where some saw lyric poetry as inextricably bound to lyric subjectivity—and therefore irremediably compromised by its service to the liberal subject—I was unwilling to concede its use to those who would thus restrict it. Rather, I found grounds, in its much older provenance, to see it in relation to the process of subjectivation, and not as expressive of an already constituted identity.

Whoa, Jack. “Process of subjectivation”? That’s wild. One simply makes an end-sweep around “the lyrical I” by tying it to the processual—“excuse me, I need to subjectivate”—“fence,” one that marks no boundary. Identity thus becomes something like a juice, lemon, real, ever reconstituted, ever—oh flux and instability, get down with me tonight—not. The thing is, the pre-determinedly stable and lyrical I, that stuck pig of some monotonously expressive squealing, that reject’d (over and over) thing, hardly exist’d, is a straw I, iconic as a tenderloin toss’d to a dog. That much’s been clear for centuries: “All the world’s a . . . merely players . . . And one man in his time plays many parts.” Pearson continues with platitudes: “Works once seen as iconoclastic may themselves become iconic in a reconfigured field—producing new readings of past works and provoking further innovations.” And provides the following explanation of the workings of “the poetics of subjectivation, for which discrepant lyricism is a major mode” (nothing like a taxonomist with a fish too slippery to hold):

This approach doesn’t smash the icon; it gradually erases it. But this erasure is not that, say, of Rauschenberg’s erasure of De Kooning—it does not seek to preserve the lineaments of prior mastery as an absent presence. Rather, by removing the distinctive features of identity-based expressivity (however abstractly rendered), which it sees as merely decorative, it opens the underlying process of subjectivation to view and reveals the interstitial spaces in which radical, resistant subjectivities are articulated.

Uh, maybe if you just guided my hands while I try’d it myself . . . ? If one ain’t about to cotton to the “lineaments,” why bother with the “interstitial spaces,” is what I want to know. It’s all dangerously high up in the American academic tree, one suffering canker rot (leading to cambrium and sapwood decay, a thing causing degradation inside the tree whilst releasing fungal spores call’d “conks,” thus infecting entire surrounding areas—hybridity, anyone?) and in danger lately of toppling out of its own failure to reinforce itself in the real.

What proceeds out of Pearson’s initial argument is a kind of canned history of (mostly) musical debates (“processes, outcomes, and debates are homologous across the arts”)—Pythagorean harmonics, Aristoxenus’s argument for pitch “by ear,” Plato’s saddling musical change with disturbing the social order, Augustine’s saddling it with disturbing individual moral character, the mid-eighteenth century Sturm und Drang movement’s seeking a music “meaningful in itself,” atonality and new musical syntaxes, &c. Somewhere along the way, Pearson asks (recalling Hejinian’s “the obvious analogy is with music”):

What is analogous with music? Apropos poetry, my provisional response would be: syntax, not lexis; temporality, not telos; affect, not effect; structure, not form. Hence, the most salient analogies are neither mimetic nor representational, but rather processual and constructive.

An oddly peremptory and emphatic set of particulars for one who’d so lately touted “intransigent commitment” and “fidelity to a set of nonidentities.”

“My Years in Music”

XXIII
A loud variant art, that
Ape of nature, sitting awkwardly
Like a donkey dress’d up
In a blazer and spats.
And men dying daily like
Bugs, like the squat toad-
Color’d ticks comb’d out of
The dog’s belly, the dog
Who is riotously writhing, legs
In the air, vaguely trying
To grab its own tail.
Loud and variant the attempts
To write oneself out of
Dying, harking after the constant
Austere bark in the night.
Teethy the leer of it,
Cynical the terrain, soak’d down
And rank with human juices.