Ron Silliman reports (“music” notes, in The Grand Piano 7, with the curious—and unexplain’d—title “Smoke signals / like in the Eskimo villages”—the lines out of one of the pieces of Thing Language in Jack Spicer’s Language) that, in second grade, on receiving “what amounted to a primitive audiology exam, listening to and identifying which sounds were similar and which were not,” he “became the sole student in . . . class not required to take any form of music education, being, it was believed, tone deaf.” (And before I can splutter out the requisite “That certainly explains a whole lot!”—he footnotes the remark to clarify that subsequent testing, though indicating some hearing loss, fail’d to verify “signs of tone deafness.”) There follows a rather mundanely eclectic romp through Silliman’s encounters with various “musics”—all couch’d in the trademark version (individualist, boy’s size) of “American exceptionalism” one’s learn’d to associate with Silliman’s musings (“lone male student in more than a couple of visual arts courses,” “my music education was entirely in my own hands,” “My own native curiosity made me think hard about whatever I heard & saw”—there’s a little Horatio Alger to everything Silliman writes.) The romp: Frankie Valli to Paul Zukofsky, Thelonious Monk to Joe MacDonald, Iannis Xenakis to Leadbelly, Gang of Four to Pavarotti, Harry Partch to Joe Ely, the usual high-market folkies to having “downloaded virtually every available MP3 of music from Indonesia, Malaysia & South Asia on the web.” Well. Along the way, a remark I’d put at the core of a Silliman poetics. Talking about listening to “Bay Area music stations,” AM, on a crystal radio, he writes:

Soon I was keeping obsessive little lists of those songs I liked best . . . In this way, I gradually transferred to music the same sort of analytic reasoning & love of detail that enabled me a few years earlier to know every player’s batting average in the National League, and that I use today in my work in the computer industry.

I find that fascinating. Not the experience of the body’s (or even the intellect’s) response to a barrage of sound, but the enumeration and accumulation of units, the manipulation of categories. Of music in relation to the writing, Silliman notes (mostly) vers libre commonplaces:

I often think of my poetry as being governed by its music, so what does that mean given that I have no formal training in, understanding of, music itself. Both writing & music are fundamentally temporal arts & what I hear in music, particularly in jazz & non-European musical traditions, are different ways to think about, be in, play with or against time.

Fine. Except writing is, too, unlike music, defiantly (inevitably) referential, and (arguably, glancing back up to what I wrote “up there”) spatial too. Structural / procedural cues—even voracious and complex ones—don’t necessarily (ineluctably) translate into a heard music. Beyond the “structural ideas” borrow’d off music, the thing itself (according to Silliman) “infiltrates my writing at all levels.” Which is sort of like saying the Latin alphabet infiltrates one’s writing at all levels: self-evident and, as the blackjack croupier’s prone to say, “No help.” Et puis: “[Music]’s both in the play of syllables on the page & often in reference to other sounds that I envision (imagine? hallucinate?) as present, tho not necessarily audible in the words on paper.” Hunh? There follows a page or so about how “significant passages” of Tjanting and “some sections” of The Alphabet got “written at jazz concerts, a wonderful writing environment.” (Beats me how that squares with thinking “hard about whatever I heard & saw” . . .) The odd thing, though, is Silliman’s alien mystificatory claim that that music is present in the written texts, a kind of voodoo poetics:

Even today, reading a passage decades later can bring that music back in its completeness, its layering & depths. I realize that this is something nobody else will be able to hear when reading my work, yet part of me feels that if somebody ever read those passages, really read them with full sympathy & mind completely open, that music would feel / sound completely inevitable. It’s absolutely in the text.

Transcendental language writing? It’s a funny statement for one who just a week or so back, in answer to the (dogged) question “Is there a message in your work?” answer’d: “It sounds silly to say “Be Here Now,” but I think that’s the message of all good writing.” Ah, California. 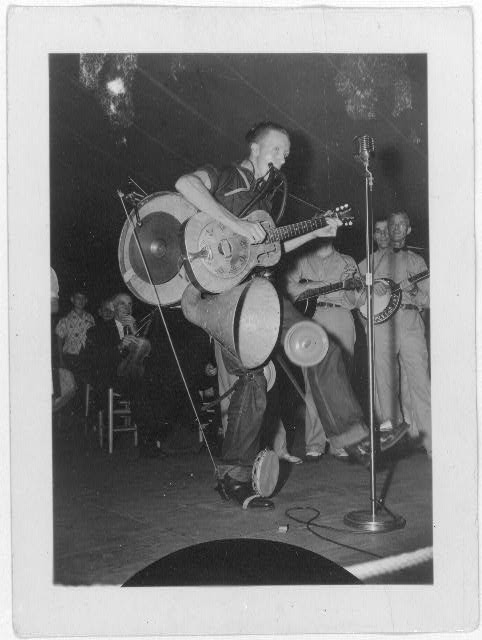 That balmy spell
with a Carolina
wren ratcheting it
up by degrees.

A diagnostic tool (the bourbon)
with accompanying fool-
proof nostrum
(the bourbon again).

The hair of the dog
provides all
the lines needed
for its drawing.