XV
Night sunk down in my arms
With pail of ale and loitering—
The wedge goes slithering across lake-
Ice, hum of the awl’s song!

No night for ice-fishing, too cold!
Sluggard in the shanty reading Dickinson.
A quarrel with the fat guy
All about the meaning of circumference.

I suspect that I am dying.
The ceiling joists deflect the wind.
On the bully’s shirt a button’s
Popped, and he is dying, too.

I met a girl in Kroger’s—
I’d stopped to get some bait.
Bagging groceries with a studded belt,
Wild-eyed, her nametag said Belle.

She spoke to me in Serbian,
Either that or the Croatian tongue.
She’d been a refugee in Italy,
And learned to say Te amo.

We sat in her Gran Torino.
The falling snow made a cave
Of it. I kissed her four-
Eyed face, and fell to sleep,

And dreamed of walking all night
Where no road split the woods
Or fields. To reach a lake
With shanties laid out like coffins,

Where one of the ice fishermen
Handed me a tall cold one.
He had only a few teeth,
Or none. “Belle got you, too.”

I’d better go check my tip-
Ups, or go bore another hole.
My pail of ale is diminishing,
And the fat guy’s headed home.

Ah, John Keats, the inimitable “junkets” of. The letters, who’d deny the letters? The poems? “Often I am permitted” to think it the lamentable work of an excitable boy, rather annoyingly breathless, entirely caught up in “being a poet” (something every “era” sees, even Robert Duncan’s, even one’s pitiably excessive own, nameable culprits to the left, to the right), that kind of blue shadows falling (see Son Seals: “don’t bother me boy, can’t you see me workin’?”) continual outburst of maudlin delusional song. Thus, my “different kind of stupid.” Thus, my cohort of gigglers and mickey-mockers. Here’s something:

—Listen, got it marked right here listen, it may be asked, as to illusions in respect of the male organ, whether, granted that the devil cannot impose this illusion on those in a state of grace in a passive way, he cannot still do so in an active sense, the argument being that the man in a state of grace is deluded because he ought to see the member in its right place, when he who thinks it has been taken away from him, as well as other bystanders, does not see it in its place . . .
—Mister Gibbs I, I think Mister Eigen is ready to . . .
—Like those other bystanders don’t you? Listen, and what, then, is to be thought of those witches who in this way sometimes collect male organs in great numbers, as many as twenty or thirty members together, and put them in a bird’s nest, or shut them up in a box, where they move themselves like living members, and eat oats and corn, as has been seen by many and is a matter of common report, ever see that Tom?
—No and I’m . . .
—Make a nice musical listen, for a certain man tells that, when he had lost his member, he approached a known witch to ask her to restore it to him. She told the afflicted man to climb a certain tree, and that he might take which he liked out of a nest in which there were several members. And when he tried to take a big one, the witch said you must not take that one, adding, because it belonged to a parish priest. Make a God damned lively musical wouldn’t it?

William Gaddis, of course, in J R, material that jumps out’s rather more befitting The Recognitions. The rather drunk Jack Gibbs, reading it (presumably out of the Rev. Montague Summers’s translation of the Malleus Maleficarum—the Hexenhammer or Hammer Against Witches, compiled by Heinrich Kramer and Jacob Sprenger, two Inquisitors of the Catholic Church, in 1486—a thing Gaddis used in the earlier book). And Jack Gibbs adding: “All those God damned bystanders there’s your chorus . . .” (One thinks speech documentary and speed is all in the employ of the comma.) That, and pouncing around about in Ross Chambers’s Loiterature wherein he argues both that “a distracted attention . . . escalates into a sort of euphoria or ivresse (“an orgy of comprehensiveness . . . pitted against the forms of comprehension that are predicated on foreclosure: limited perspectives, disciplined attention, and closed contexts”) and that it (digression) is “a critical act”:

Any digression enacts (although it may not intend) a criticism because, once one has digressed, the position from which one departed becomes available to a more dispassionate or ironic analysis: it must have been in some sense inadequate or one would not have moved away from it.

(Par exemple: I digress by not continuing with Barrett Watten’s “entry” in the latest Grand Piano.) Or it’s a matter of time and the way time’s got of proceeding (without one—one who’s junket is still the dainty sweetmeat, the kickshaw, the dish of confection itself and not the pleasure excursion of continual roistering passage). Chambers:

Oh, but look how late it is “now.” One’d better get with it. 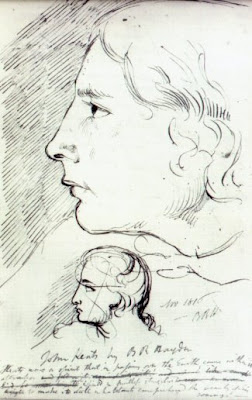