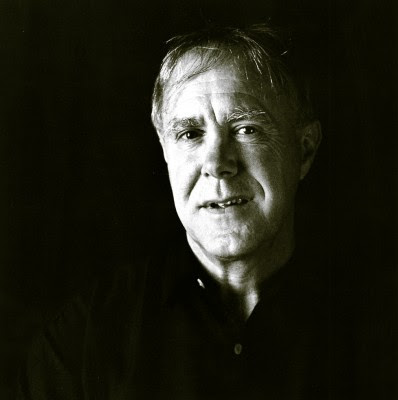 Fog, and the resultant banality of the surround. Quashed particulars. Crows in their customary muster, with its hoarse swells, its regular diminuendos. Renegade appeasements. René Char: “It is right for poetry to be indistinguishable from what is foreseen but not yet formulated.” Or Williams (The Embodiment of Knowledge): “The field of postponement is removed. To know is everywhere, teeming, at once, in anything. And it is all here in any life. Criminal perhaps, but present. Even the jazzy present has this virtue that, low as it is, it is a prediction of a new order of knowing.” “The jazzy present”: here in the wild immediacy, poking out with one’s tiny fists at the dumb carnal void. How to begin. (Or there’s Williams’s plainer Keats: “Man must give himself without complete knowledge in the world—or he will not give himself at all. That is to say he will know—in his body—nothing at all.”)

Dawdled through some of Robert Hass’s What Light Can Do: Essays on Art, Imagination, and the Natural World (2012). A miscellany, seemingly without the generous bravado of Hass’s 1984 Twentieth Century Pleasures. (Recall something like the opening paragraph to “Listening and Making”:

I told a friend I was going to try to write something about prosody and he said, “Oh great.” The two-beat phrase is a very American form of terminal irony. A guy in a bar in Charlottesville turned to me once and said, loudly but confidentially, “Ahmo find me a woman and fuck her twenty ways till Sunday.” That’s also a characteristic rhythm: ahmo FIND ME a WOman / and FUCK her TWENty WAYS till SUNday. Three beats and then a more emphatic four. A woman down the bar doubled the two-beat put-down. She said, “Good luck, asshole.” Rhythms and rhythmic play make texture in our lives but they are hard to talk about and besides people don’t like them to be talked about. Another friend wrote to me about an essay of mine in which I commented at some point on a “metrical inversion” in a line from a poem by Robert Lowell. He said he liked the piece well enough, but that one phrase—that finical tic of the educated mind—had filled him with rage. I think I understand why.

The loudness of the unlettered moment quashing the “finical tic” of lettered doubt—allowing Hass to assert the “revolutionary ground” of rhythm itself, “the place where the organic rises to abolish the mechanical and where energy announces the abolition of tradition. New rhythms are new perceptions.” There’s a distrust in Hass of whatever—theoretical navel-gazing in particular—refuses to accede to desire, its immediacy, its “speech.”)

Out of a 1985 piece called “George Oppen: His Art” (“delivered as a talk among other talks”), a pertinent parallel, worrying an era wherein “the issue of the noun has become very difficult”:*

The work of the language poets, particularly some of the essays of Ron Silliman, has suggested a profound distrust of the mimetic idea that there is a connection between word and thing; they have suggested, in fact, that the connection between word and thing has become a sort of conspiracy among the writer, the reader, and the merchant to convince themselves that the objects of desire are real. And that the light given off by them is not a property of the mind but a property of their obtainability and that the practice of mimetic art at all is to repeat the lie of capitalist economics. Which is a profound charge, and a very similar charge is made by Robert Pinsky in his Situation of Poetry [1976] which argues that the passion of modernist poetry has turned out to be the passion of Romantic poetry, to possess the particular by using words which are always general, so that language is trying intensely to do what language doesn’t do, and that modernism has failed as a project in the way that Romanticism failed as a project by necessarily producing a body of poetry whose subject is passionate disappointment.

Which is a kind of prose redux of what is proposed in Hass’s widely known (and admired) poem “Meditation at Lagunitas” (c. 1979), with its opening: “All the new thinking is about loss. / In this it resembles all the old thinking. / The idea, for example, that each particular erases / the luminous clarity of a general idea . . .” and its prying at the notion, “that, / because there is in this world no one thing / to which the bramble of blackberry corresponds, / a word is elegy to what it signifies.” Delivered—Hass is essentially an elegist, a connoisseur of regret (see the hunger for its plaint in that “thin wire of grief,” its fining tendency; see the homiletic contentment at loss in lines like “Longing, we say, because desire is full / of endless distances”)—in a tone, precisely, of “passionate disappointment.” Hass quotes the fifth poem in “Of Being Numerous,” claiming that therein one “can actually watch, as the words are laid down on the page, the process from which the perception of the thing gets born into its numinous quality as a word, an abstraction out of the thing”:

Frozen in the moonlight
In the frozen air over the footpath, consciousness

Which has nothing to gain, which awaits nothing,
Which loves itself.


* Hass quotes (with large unmarked elisions) some of Oppen’s 25 April 1968 remarks to L. S. Dembo regarding nouns. In the original (Oppen is referring to the title of the 1934 book Discrete Series: “A discrete series is a series of terms each of which is empirically derived, each one of which is empirically true. And this is the reason for the fragmentary character of those poems. I was attempting to construct a meaning by empirical statements, by imagist statements”):

Q.   Each imagist statement being essentially discrete from the statement that followed or preceded it?
A.   Yes, that meaning is also implicit in the word “discrete.” The poems are a series, yet each is separate, and it’s true that they are discrete in that sense; but I had in mind specifically the meaning to the mathematician—a series of empirically true terms.
Q.   In any case, the “discrete” aspect seems to be reminiscent of the cubist approach, if I’m not being farfetched—hard, sharp fragments of theme or experience joined mosaically rather than integrated organically.
A.   I’m really not sure what troubles the cubists had, but I had trouble with syntax in this undertaking and, as a matter of fact, I still have trouble with verbs. It’s not exactly trouble; I just didn’t want to put it too pretentiously. I’m really concerned with the substantive, with the subject of the sentence, with what we are talking about, and not rushing over the subject-matter in order to make a comment about it. It is still a principle with me, of more than poetry, to notice, to state, to lay down the substantive for its own sake. I don’t know whether that’s clear.
Q.   Please go on.
A.   A statement can be made in which the subject plays a very little part, except for argumentation; one hangs a predicate on it that is one’s comment about it. This is an approximate quotation from Hegel, who added (I like the quote very much): “Disagreement marks where the subject-matter ends. It is what the subject-matter is not.” The important thing is that if we are talking about the nature of reality, then we are not really talking about our comment about it; we are talking about the apprehension of some thing, whether it is or not, whether one can make a thing of it or not. Of Being Numerous asks the question whether or not we can deal with humanity as something which actually does exist.
I realize the possibility of attacking many of the things I’m saying and I say them as a sort of act of faith. The little words that I like so much, like “tree,” “hill,” and so on, are I suppose just as much a taxonomy as the more elaborate words; they’re categories, classes, concepts, things we invent for ourselves. Nevertheless, there are certain ones without which we really are unable to exist, including the concept of humanity.
I’m trying to describe how the test of images can be a test of whether one’s thought is valid, whether one can establish in a series of images, of experiences . . . whether or not one will consider the concept of humanity to be valid, something that is, or else have to regard it as being simply a word.

(What Hass used is in italics.)