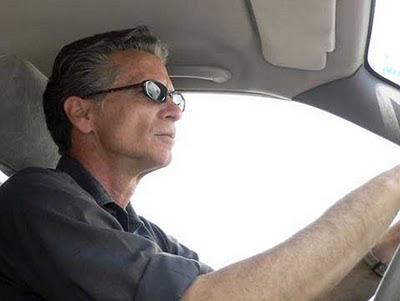 Anyone who has once been in a state of suspended animation can tell terrible stories about it, but he cannot say what it is like after death, he has been actually no nearer to death than anyone else, fundamentally he has only “lived” through an extraordinary experience, and not-extraordinary, everyday life has become more valuable to him as a result. It is similar with everyone who has experienced something extraordinary. For instance Moses certainly experienced something extraordinary on Mount Sinai, but instead of submitting to this extraordinary experience, like someone in a state of suspended animation, not answering and remaining quiet in his coffin, he fled down the mountain and, of course, had valuable things to tell, and loved, even more than before, the people to whom he had fled and then sacrificed his life for them, one might say: in gratitude. From both, however, from those who have returned from a state of suspended animation and from Moses, who returned, one can learn a great deal, but the decisive thing cannot be discovered from them, for they themselves have not discovered (it). If they had discovered it, they would not have come back at all. But we do not even want to discover it. This can be shown by the fact that we may occasionally, for instance, have the wish to experience the experience of the man in a state of suspended animation, or Moses’ experience, so long as the return is guaranteed, to undergo it as it were with a “safe-conduct,” indeed, we may even wish death for ourselves, but not even in our thoughts should we wish to be alive and in the coffin without any chance of return, or to remain on Mount Sinai.

Isn’t that a kind of fable of the high sway of receipt accruing to writing’s liminal hum—or insomnia’s dissolute and demanding particulars—how one “enters into” a species (a “made place,” think of Duncan’s “place of first permission, everlasting omen of what is”) of temporary stasis, a harbor, a purchase wherein one dwells vaguely diffuse and content—“And it came to pass, when Moses came down from mount Sinai with the two tables of testimony in Moses’ hand, when he came down from the mount, that Moses wist not that the skin of his face shone while he talked with him”—in the knowledge of return (and re-return, a kind of pre-preparedness). I think, too, of Ashbery’s sense of writing as a “condition”: “I’ve conditioned myself to write at almost any time. Sometimes it doesn’t work, but on the whole I feel that poetry is going on all the time inside, an underground stream. One can let down one’s bucket and bring the poem back up.” Of “. . . the decisive thing cannot be discovered from them, for they themselves have not discovered (it). If they had discovered it, they would not have come back at all . . .”: noting the processual germ, the writing itself its own continual reward.

Noted with pleasure: a couple of pieces out of William Corbett’s Elegies for Michael Gizzi (Kat Ran Press, 2012), a lovely book with oddly amoebic (or fungal) drawings by Natalia Afentoulidou. Pieces homely and joshing, with smatters of anger and defiance (“The ruder lines will survive”), a terrific barrage of elegy tender and particular. Here’s one:

“When I dance, I dance. When I sleep, I sleep.”
Montaigne

I’ll be Alan Hale
To your Errol Flynn

Pineapple to your ham
Bonkers to your apeshit

I’ll be Easter bunnies
To your jackalopes

Goulash to your stew

Twenty-five words or less
To your terza rima

The map of Hungary
To your Roman nose

Söjwell to your Wahlöö
Benn and Eich to your new address

Bronco Nagurski to your Galloping Ghost

Staying put to your departing
Shazam! to Wham Bam, Thank You Ma’am

Not being alive
When you know a new
Lee Child is about to appear.

Seeing your grandson
Run nakedly down the beach
But you can’t open your arms to him.

Having one word speak to another
But you are silent.

Very bad: listening to various parties
Argue why you didn’t have to die
And you can’t send them to time out.

And worst of all
Dying in late September
When days grow short
And earth begins to resist the spade.

Not reading English,
and hearing about a new English thriller
that hasn’t been translated.

Seeing a cold beer when it’s hot out,
and not being able to afford it.

Having an idea
that you can’t encapsulate in a line of Hölderlin,
the way the professors do.

Hearing the waves beat against the shore on holiday at night,
and telling yourself it’s what they always do.

Very bad: being invited out,
when your own room at home is quieter,
the coffee is better,
and you don’t have to make small talk.

And worst of all:
not to die in summer,
when the days are long
and the earth yields easily to the spade. 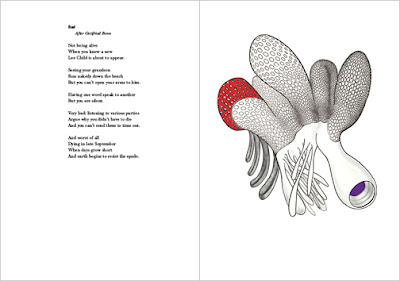