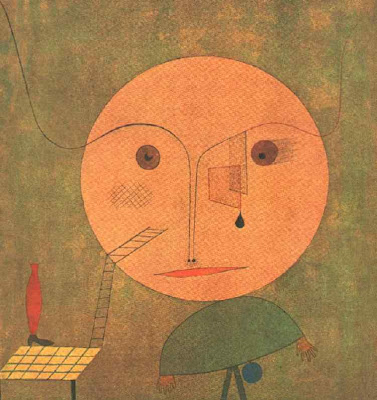 But the beauty is not the madness
Tho’ my errors and wrecks lie about me.
And I am not a demigod,
I cannot make it cohere.
If love be not in the house there is nothing.

The jumping error pins hate on the blossoms of baffles,
densely foraging covered hero-Nero of Maltese, of Moor,
leap, oh leap! against the fame that’s in the noose . . .

—Frank O’Hara, out of “Invincibility” (Meditations in an Emergency, 1957)

Today the sun is as wide as a blue car register, but the cat tray in the basement still smells of a recent movement. No matter the writing erratic long as it stays down. Made an error right in my face. Later the long cards were brought in ready for my filching, I mean my signature.

All borders between men were closed.
Now all is different without having changed
As though one were to pass through the same street at different times
And nothing that is old can prefer the new.
An enormous merit has been placed on the head of all things
Which, bowing down, arrive near the region of their feet
So that the earth-stone has stared at them in memory at the approach of an error.

Bedizened or stark
naked, man, the self, the being we call human, writing-
master to this world, griffons a dark
“Like does not like like that is obnoxious”; and writes error with four
r’s. Among animals, one has a sense of humor.

Can nature form a rule ruling nature
out, a line differential to the point
materiality loses its fuzzy-fine edges

describing it: not the knots, balances,
compensations, quandaries, divisions,
paradoxes, not those big centralities

that leave a little somewhere to go
when going uses itself up, but (everything
settled, believe me) tiny errors of

curvature, shades of misfitting, leftover
hues the colors didn’t take—there
attention flares up like a rabbit

The pearl. It’s baroque. Regular-irregular. A bad dialectic.
Nature. Will not do. A bump is better than mere error
of round. We grow, and act, away from
the mother, turn as well east as south to catch
concupiscence in our pants . . .

—Charles Olson, out of “What’s Wrong with Pindar”
(The Collected Poems of Charles Olson: Excluding the Maximus Poems, 1987)

Some will die
Among books and I’m tired
Of the school of errors.

There are no abstract truths—no Mass Man, no proletariat. There is only Man. When the Pulse has been nailed upon the crossbeams, lo, Reason gives up its viable breath and becomes a wandering ghostly Error. Truth and folly are ever about to expire, so that we, like our beloved Sancho Panza kneeling at the death-bed of Don Quixote, must always be ready to go out to receive the holy communion of cudgels and distaffs for the rebirth of the Pulse.

“. . . Am I the golden-mouthed St. John Chrysostom, the Greek who said it with the other cheek? No, I’m a fart in a gale of wind, an humble violet under a cow pad. But . . . even the evil in us comes to an end, errors may make you immortal—one woman went down the ages for sitting through Parsifal up to the point where the swan got his death, whereupon she screamed out, ‘Godamercy, they have shot the Holy Grail!’—but not everyone is as good as that . . .”

But however we linger against exactness,
Enlarging the page by so much error
From the necessities of chance survived,
We cannot long mistake ourselves,
Being quit now of those gestures
Which made the world a tale elastic,
Of no held resemblance to our purpose.

O hateful error, melancholy’s child!
Why do’st thou shew to the apt thoughts of men
The things that are not? O error! soon conceiv’d,
Thou never com’st unto a happy birth,
But kill’s the mother than engender’d thee.

—William Shakespeare, out of The Tragedy of Julius Caesar (c. 1599)

What mean square error. Remorse is a pathology of
syntax, the expanded time-display depletes the
input of “blame” which patters like scar tissue.
First intentions are cleanest: no paint on the nail
cancels the flux link. Then the sun comes out
(top right) and local numbness starts to spread, still
he is “excited” because in part shadow.Not will
but chance the plants claim but tremble, “a
detecting mechanism must integrate across that
population”; it makes sense right at the contre-coup.

I overlook the hopeless spectacle
with pity & love & almost       perfect admiration,
I feel your terror.
I wish I didn’t. Go, but not to hell
but you have disqualified yourself for this nation
of attempts & trial-&-error.

The crowd at the ball game
is moved uniformly

by a spirit of uselessness
which delights them—

all the exciting detail
of the chase

and the escape, the error
the flash of genius—

—William Carlos Williams, out of Spring and All (1923)

The lean cats of the arches of the churches
Bask in the sun in which they feel transparent,
As if designed by X, the per-noble master.
They have a sense of their design and savor
The sunlight. They bear brightly the little beyond
Themselves, the slightly unjust drawing that is
Their genius: the exquisite errors of time.

Off the top of my head
seed, honeycomb, vine curl
shells, snake on branch

the tide and toll of time
plus pull of space,
snowstorms by starlight

a landscape of Simulars,
were shape sort inked shape
old as the hills . . .

Not this day
Shall my pale apple dreams know my dream “English
muffins, broken arm”
Nor my dream where the George Gordon gauge reads, “a
Syntactical error, Try Again!” Gosh, I gulp to be here
In my skin, writing, The Dwarf of Ticonderoga. Icy girls
finger thighs bellies apples in my dream the big gunfire
sequence
For the Jay Kenneth Koch movie, Phooey! I recall
My Aunt Annie and begin.