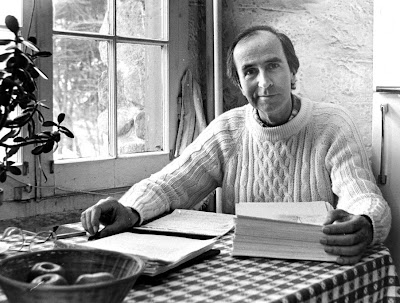 Slightly drubbed by the lethargy of the long weekend, cold with a skiff or two of snow and bouts of somewhat aimless reading. Michael Rumaker’s Black Mountain Days (2003). “A book of volubility and repetitions.” Michael Rumaker, in a letter of 3 August 1964, writing a mock-biography to Donald M. Allen (out of the Megan Paslawski-edited Lost & Found pamphlet “like a great armful of wild & wonderful flowers”: Selected Letters of Michael Rumaker):

. . . was born in the fields of Southern New Jersey on July 12 or 13—my mother doesn’t remember the year, but she does recall that shortly after giving birth to me she placed me under the shade of a cotton plant and went back to her chopping (that is, cotton). (See my first novel, “Down on the Farm.”) I grew up in a little log cabin with my 19 brothers and one sister, a halfwit, who later became prominent in Republican circles “up north.” I rode a mule 15 miles, one way, to school each day for a total of 30 miles, and once returned an overdue book to the school library during a blizzard, the mule freezing to death under me. After this incident my father almost flayed me alive. (See my next novel, “Father Was Hung.”) I attended the State University on a track scholarship (for my athletic experiences, see my semi-autobiographical, “Jaques Strop, or Fleet of Foot”) and there met and married Chet “Butch” Menky, captain of the college football team, and later, a struggling young lawyer. We struggled along together for several years, my parents strongly disapproving of the match since Chet wasn’t a Catholic. (For this period of my life read, “Backdoor Love.”) I divorced Chet (the marriage, for publicity purposes, was “unconsummated”) and married Eva Nimp, a society woman with tons of money, (see my latest novel, “The Bearded Clam, or Breakfast at the Federal Reserve”). Eva and I live at Old Lime, Conn., with our assortment of dogs, horses, and houseboys.

Against such sheer good fun, Rumaker’s astounding pertinacity and relentlessness (“staggering behind the potential of saying things,” a lovely phrase Rumaker assigns to Creeley), foreseen here in a 5 March 1953 letter (Rumaker b. 5 March 1932) to Merrill Gillespie:

I constantly feel time breathing down my neck and it is probably the reason why I am so busy—writing and living at every moment—because I fear that time will soon catch up with me; it is like some invisible monster that is tracking me down and I am constantly running away from it, yet always hearing its footsteps racing behind me, feeling its wrath on my neck, sensing its horrible onrush . . . my stories and poems are like hastily made tacks which I fling over my shoulder to impede the progress of the pursuit of time. So they are half-told pieces almost swift denunciations at the rapidity of life, the evanescence of it, that nothing lasts, all is fleeting, and it is my knowing this which causes to endlessly flow out, like a river without course or banks or like endless piss, as Olson called it, words upon words without shape or smoothness and it is all because I feel that I will not have time to become a craftsman, that I must slash out raw material before this invisible monster catches up to me.

“Hastily made tacks” and “half-told pieces”—and, in a 17 November 1955 letter to Gillespie—“Like my stories, things gather in me to such a pitch and thickness that I become other in the face of it, and burst and do as it directs, willessly . . . The intellect alone cannot bear fruit, nor form, because intellect is secondary to feeling because prime spontaneous feeling is the only way to form, and it is the first egress to art.” Contra (out of Rumaker’s essay “The Use of the Unconscious in Writing”—initially printed in John Wieners’s 1958 Measure #2) a call for a kind of objectivist prose:

To get the thing there, in the words, with that same swift heightening, that sharp penetration, which strikes meaning from an object. But that the object remain the object, stated as such, with the same spareness and preciseness which is the heart of intuition. That the object be allowed or made to yield its meaning but not be despoiled. That is, not used simply for self-expression.
Not so simple. Too often the temptation is to imbue the object with personal meanings and effusions which force the object to be mouthpiece for the expression of the writer’s reminiscences, ideas, private bellyaches, etc.—the qualities and characteristics of the object set aside, the object itself disturbed, taken out of its context to serve the writer merely as an instrument to express himself. Whereas the writer must act upon the object in such a way that it gets said, and the other, under meaning, without its being tampered with. The object must remain in its own context, as you, the writer, must also. 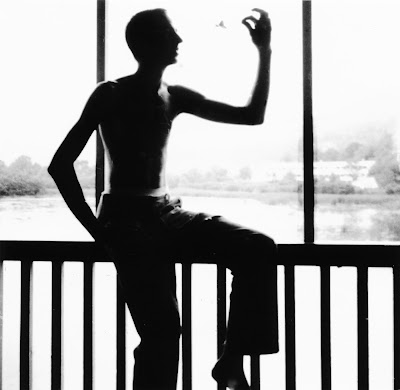