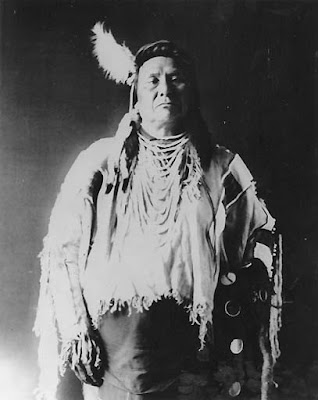 To make a page out of whole cloth. The story, possibly niggling in its particulars, of A. R. Ammons, circa 1971, fetching—by car—a trio of American poets, Robert Bly, James Wright, and Galway Kinnell, Binghamton to Ithaca, for some joint reading. The three arrayed across the back seat, putting Ammons in chauffeur posture. And one, probably Bly, with jocular sting, exhorting Ammons to prudent car-conduct: “You’ve got the whole future of American poetry here in the back.” (The story of Ammons’s ferocious scorn for the perp, how he brooked no condescent.)

Lazy days, ambitiousness (I like the sizzle of that word’s presumptuousness, its heightening in délice foreordained) spelled down by dubiety. No nothing in the offing, and the crows just crows. (Mallarmé: “to discern the immediate character of things, no more, is vulgar.”) (Or Stevens, hotly confounding any day—or crow—so “simplified,” any “complete simplicity”: “There would still remain the never-resting mind, / So that one would want to escape, come back / To what had been so long composed. / The imperfect is our paradise. / Note that, in this bitterness, delight, / Since the imperfect is so hot in us, / Lies in flawed words and stubborn sounds.”) (Or Marianne Moore, who somewhere slyly talks of how any retreat into simplicity is “likely to be sincerer than is convenient to the reader.”)

Out of Robert Hass’s essay “Edward Taylor: How American Poetry Got Started” (What Light Can Do: Essays on Art, Imagination, and the Natural World):

The term baroque was introduced into critical discourse about art by the German scholar Heinrich Wölfflin. He used it to describe the difference between what he saw as the harmonies of the high Renaissance and what came after. “The Baroque,” he observed, “never offers us perfection and fulfillment, or the static calm of ‘being,’ only the unrest of change and the tension of transience.”

(And, out of Wölfflin’s 1888 Renaissance and Baroque: “The ideal of tenseness was promoted by forms which were unfulfilled to the point of discomfort . . . the baroque . . . achieved its purpose by means of the irregular and apparently incomplete, the unsettled and impermanent form.”) Hass, seeming to put the baroque at the center of American poetic outlawry:

The Puritans of Boston recognized the baroque style when they saw it. Michael Wigglesworth, the author of New England’s most popular poem, Day of Doom, sternly rebuked a poetry made of “strained metaphors, far-fetch’t allusions, audacious & lofty expressions . . . meer ostentation of learning & empty flashes of a flourishing wit,” declaring that such writers “daub over their speech with rhetorical paintments” and “winding, crocked, periphrasticall circumlocutions & dark Allegoric mysteries.”

Wigglesworth’s remarks occur in “The Prayse of Eloquence”—a piece that nearly swamps the fragile vessel of its own argument by the mighty strain and vehemence of its own eloquence:

Look as a mighty river augmented with excessiue rains or winter snows swelling above its wonted channel bear’s down banks and bridges, overflows feilds and hedges, sweeps away all before it, that might obstruct its passage: so Eloquence overturn’s overturn’s all things that stand in its way, and carrys them down with the irresistible stream of its all controuling power. Wonderful it were to speak of the severall discoverys of the power in severall affections: wonderfull but to think in general, how like a blustering tempest it one while driues before it the raging billow’s of this troubled Ocean: how other whiles (as though it had them in fetters it curb’s and calm’s the fury at a word. And all this without offering violence to the party’s so affected; nay with a secret pleasure and delight it stirs men up to the greatest displeasure and distast. Doth it affect with grief? why to be so grieved is no grievance. doth it kindle coales, nay flames of fiery indignation? why those flames burn not, but rather cherish. doth it draw tears from the eys? why even tears flow with pleasure.

Everybody, the certainty of it occurs to me rather abruptly, providing me with ammo—or blanks, perhaps—uselessly got, uses language for dazzle, camouflage, a “shill elixir.” Rather like Chief Joseph of the Nez Perce—né Hinmuuttu-yalatlat’—oughtn’t I then up and declare: “I am tired of writing. . . . Hear me, my chiefs! I am tired; my heart is sick and sad. From where the sun now stands, I will write no more forever.” Or not: the legendary mot of surrender later proved writ in the embellishing hand of one poet and lawyer named Charles Erskine Scott Wood, who defended the likes of Emma Goldman, and whose “politics verged on anarchism.” He wrote a book of satires called Heavenly Discourse (1927).
Posted by John Latta at 7:31 AM