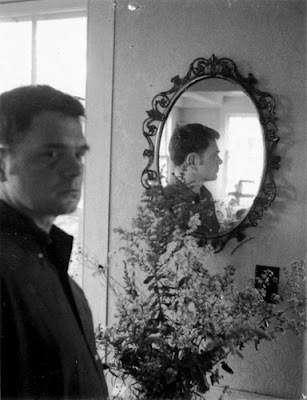 I love the way travel buoys up the usual fissiparous tendency, parceling out the knots into a looser and looser reticule, that bag left holding nothing beyond what’s recently leaked through it. (Or sex: see Pliny’s dictum, that it both “helpeth the voice, which being sometime before cleare and neat, was now become hoarse and rusty” and “mundifie and quicken the eiesight.”*) Pliny, who wrote a handbook “on the technique of throwing a javelin while riding a horse.” Francis Bacon, whilst refusing to adjudicate the merits of said handbook, deemed the Natural History the silliest kind of rubbish, “fraught with much fabulous matter, a great part not only untried, but notoriously untrue, to the great derogation of the credit of natural history with the grave and sober kind of wits” and henceforth proceeded to perish “of a chill that he caught while stuffing a chicken with snow, to test the preservative effects of refrigeration.” (Pliny himself had been “asphyxiated by volcanic gases while investigating at close quarters the great eruption of Vesuvius in A.D. 79.”)

Walking the dog in a downpour. “Gulled by an abstemious infarct. Modicum’s mash-up.” Assembly required. Reader left holding the bag.

I do not think I really have anything to say about poetry other than remarking that it is a wandering little drift of unidentified sound, and trying to say more reminds me of following the sound of a thrush into the woods on a summer's eve—if you persist in following the thrush it will only recede deeper and deeper into the woods; you will never actually see the thrush (the hermit thrush is especially shy), but I suppose listening is a kind of knowledge, or as close as one can come. “Fret not after knowledge, I have none,” is what the thrush says . . .

Last night I finished Arthur Randell’s Fenland Railwayman, of which it might be possible to say that it contains not one memorable word, and therefore has a pleasant clarity, like a clear glass of water. Of course there is no such book: “During a long dry spell we often ran out of water, so a supply was sent to us from Wisbech in old engine tenders which were put opposite the railway cottages so that the water could be run through canvas pipes into our cisterns. The water was not very clean—it sometimes had a dead bird in it or little wriggling creatures—but as our cisterns already housed a few worms and snails we took no notice. Each house had a charcoal filter and once the water had passed through this it was as clear as gin.” And there is the clarity, a superior one.

See Arthur Redvers Randell (1901-1988), railway worker and molecatcher—author, too, of Sixty Years a Fenman (1966). The lines in Fenland Railwayman continue: “Sometimes it took a few days for the tenders to come along with our supplies so, in the meantime, we would fill baths and buckets from wagons which came from Wisbech where they had been “hollow sheeted” by the tying of new tarpaulin sheets over the top with a shallow depression left in the centre, This was filled with water, so when the engine brought the wagon along we only had to fill our buckets and empty them into the cisterns. The water tasted strongly of tar from the sheets, but it seemed to do us no harm—certainly none of us down here at Waldersea ailed very much.” Schuyler’s “not one memorable word” akin to Ruefle’s “wandering little drift of unidentified sound . . .”

Out of Pascal Quignard’s The Roving Shadows:

What the individuals who feel part of the collectivities in which they work are looking for is fusion with a larger body. They rediscover the old joy that came from abandoning oneself to a containing vessel. They surrender the subjectivity the learning of language brings to each of us, and renounce also the problematical privileges that come of being identified by a name. They give themselves up to the desires of others; they delight in the many, repetitive, fetishistic, obsessive, sempiternal joys of the masochists. To cite Ammianus Marcellinus, they prefer the restoration of a known tyrant (who humiliates them within the bounds of the laws they have laid down to limit excessive injury)
to unpredictable anxiety;
or to the absence of a father figure;
or to his contempt;
or to loneliness.

. . . The flower, I doubt not, receives a fair guerdon from the Bee. Its leaves blush deeper in the next spring, and who shall say between Man and Woman which is the most delighted? Now it is more noble to sit like Jove than to fly like Mercury. Let us not therefore go hurrying about and collecting honey-bee like, buzzing here and there impatiently from a knowledge of what is to be arrived at; but let us open our leaves like a flower and be passive and receptive, budding patiently under the eye of Apollo and taking hints from every noble insect that favors us with a visit. Sap will be given us for Meat and dew for drink. I was led into these thoughts, my dear Reynolds, by the beauty of the morning operating on a sense of Idleness. I have not read any Books. The Morning said I was right. I had no Idea but of the Morning, and the Thrush said I was right, seeming to say:

“O thou whose face hath felt the Winter’s wind,
Whose eye has seen the Snow clouds hung in Mist
And the black-elm tops ’mong the freezing Stars;
To thee the Spring will be a harvest-time.
O thou whose only book has been the light
Of supreme darkness which thou feddest on
Night after night, when Phoebus was away;
To thee the Spring shall be a tripple morn.
O fret not after knowledge—I have none
And yet my song comes native with the warmth.
O fret not after knowledge—I have none
And yet the Evening listens. He who saddens
At thought of Idleness cannot be idle,
And he’s awake who thinks himself asleep.”

Now I am sensible all this is a mere sophistication—however it may neighbour to any truths—to excuse my own indolence. So I will not deceive myself that Man should be equal with jove, but think himself very well off as a sort of scullion-Mercury or even a humble Bee. It is no matter whether I am right or wrong, either one way or another, if there is sufficient to lift a little time from your Shoulders.

In “The Custard Sellers” (subtitled, “bits of a Lapland summer dusk”), James Schuyler’s “The Mister” makes a short speech:

The hooves of snakes pounding two-bit pieces into rings like shipwrecked sailors in a prison yard (the sentry strolling, strolling in an olive green kimono with a Fuji fan) opened some puffy flowers at or near my boot in which I had my foot. The lonesomest trail led where roots writhe it out with moles, through the shale and shells of bugs in amber like a palace powder room. Whereupon I shut the book—having written—I forget what—I can’t make it out. You’ll understand. Tell Dodo Rafferty.

Keats’s “mere sophistication” akin to Schuyler’s “I can’t make it out.”


* Pliny offers numerous remedies to “quicken the eiesight”: “to clarifie & quicken the eiesight that is dim and ouercast with a mist or cloud, a collyrie or eie-salue made with the ashes of mice heads and their tails, mixt with hony, is a singular medicine . . .” And: “a fomentation of Rocket, brused and stamped somewhat before, quickeneth and clarifieth the eye-sight.” So, too, “the leaues of those radishes onely that haue the longer roots . . .” And: “The greene Beetle hath a property naturally to quicken their sight who do but behold them: and therefore these lapidaries and cutters or grauers in precious stones, if they may haue an eie of them once & looke vpon them, take no more care for their eie-sight . . .”