Laurie Duggan’s The Pursuit of Happiness 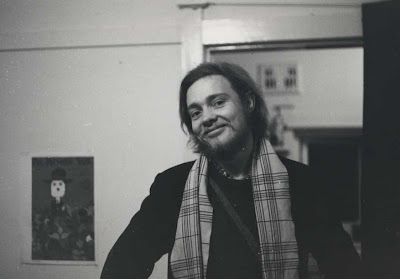 To be resolutely notational, loyal to the local, committed to the occasion’s temporal jut, its immediacy, recording through quotidian errancy (and its duff of routine, the execrably dull)—that difficulty. (My ongoing reverie of a lengthy piece called The Notebook Without Pity. Dashed—ever dashed—by my need to expunge the ordinary, to gussy up the obvious, to conclude with some salient boom of “meaning”—the boy applying some bigger circuitry’s probes to the frog’s severed leg, determined to make it flex “for thee . . .”) Did I think all that reading Laurie Duggan’s The Pursuit of Happiness (Shearsman Books, 2012)? No. I did, though, marvel at the way Duggan’s persistently notebookish writing allows “small vernacular moments” to emerge unhindered and whole out of the slurry of the day. He notes (“the very idea” combining disbelief and innocent supposition so that the remark acts as a baffle to its own intent):

And (seeing clearly enough to record the purity of the notational method, or “stance”):

the notebook as a record of failure. I mean in the sense that only a few words of innumerable pages make it in any interesting way. not these.

(Momentary maintenance of the idea that that “not these” might look obliquely back to Silliman’s Tjanting-opening “not this”: I doubt it.) A kind of genial doubt pervades The Pursuit of Happiness. In the book’s long final piece, “The Nathan Papers,” Duggan writes (directly succeeding some bemused doodling—“cnr Kent & Liverpool Sts, breakfast / Chinese English, its charm / ‘Mellow Real Estate’ / ‘Eating World’”):

I thought ‘maybe this is too long’, but then I thought ‘it’s too late to stop now’

And, toward the end of that piece:

in a place like this it is expected that you take notes.

people who used to sit around writing things like this were once considered mad. I remember all of the ‘writers’ who would come and sit in the City of Sydney Public Library circa 1972. some had volumes full of writing. but often it was the same thing, over and over. the same sentence, the same phrase, the same word. as though there was a blockage somewhere. even a lapse of memory, meaning each sentence, each word was, for the scriptor, a completely new utterance.

maybe the band should be called Pig Latin?

The weather lifts,
or not,

I have mailed my friends (a strange contraction)

and I have already forgotten who’s who
in Wilkie Collins, eighty pages in

Outside the door, the sound
of a mop, inside
the click of a washing machine.

Am I light headed?
or washed-up?

‘nothing in that drawer’

I ran out of town, meaning
there was no town left

Autumn trees, burnt patches amid pine
up a few steps, a peak,
unseen elsewhere, suddenly there.

Back in the town hall square
observe pigeons, a barn
on the slope of that hill
(the mountains so close, so distant)

The mind floats
beyond all this,

poetries
of a past
coagulate

a drift of grammars
assonantal or consonantal shifts

the woods
above the town

above the trees
what fades

and what assumes a smoky light

I’ve yet to name that sharp mountain,
its contours not visible on a map

Several things to note. How ferociously Duggan attends both to the there of the world (“burnt patches amid pine”) and the here of writing (“I ran out of town, meaning / there was no town left”). How that intensity is allowed occasionally to lapse impartibly into washy impercipience (“reading becomes difficult”), thus aptly mimicking the diastolic mind (“forgotten who’s who”). The nods to Whalen and Ron Padgett (“‘nothing in that drawer’”)—and elsewhere Robert Creeley and Jonathan Williams (Duggans includes a piece called “Written in a Kentish Pub on Hearing of the Death of Jonathan Williams”*). How a kind of anthropological (somewhere Duggan talks of an “anthropologist among the carriers of prospecti”) omnivorousness (somewhere, too, the fragment: “container vessel”), all senses extended and out moves the piece along, using (including) everything, signs petering out or not.** (At the beginning of a piece called “Grenadines”: “to arrive at a place / without baggage // to leave with / spectral architecture.” Possibly summing up my experience, The Pursuit of Happiness plucked off a shelf of new books . . .)


* Isn’t Williams one of the presiding genii loci of the tiny pieces collected under the title “Bin Ends (Dogs, Part 6)”? See, say:

‘a self congratulatory glass of something is definitely in order’

Or the untitled “‘the only hippopotamus in Montenegro is on the loose’” or the mock papyral fragment “Mr [         ]urine Man.” Too, out of “The Nathan Papers,” the Williams-inflected “Sky News: ‘alleged yob speaks’, / a panda walks on hind legs, / Saddam in underpants, Kylie’s breast ok.”

the shake-spe-herians
rant at a neighbour table

(as the deaf would drink
at the Forest Lodge, their signs

(poetry is not
endless speech)

the roaring queens roar on

we in the pits
put up with it

then head out for Kent