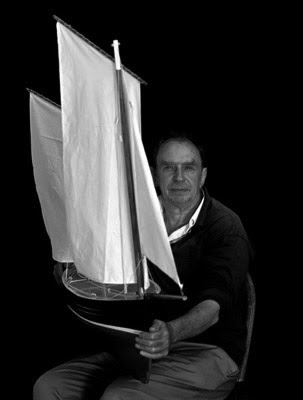 Syrup is a dallying stuff

A tedium of lettuce

A melee of peaches

A pudding of great ferocity

Largely vittles and such, that.** “A melee of peaches” is sweetly echoed by “A melee of knees”—making operable (through transitivity: “If A = B and A = C, then B = C”) a pleasing knees / peaches connect reached across a peaceable relinquishment of pages (“The essence of a good anthology is dipping and shipping”). Others (likely unmitigatedly and pointedly writ—see Finlay’s Platonic dictum “Speech is sober”***):

A general benevolence is most frequently a form of sloth

Allegory is a kind of painting by numbers

The character in Kafka who says, “How like Kafka” and goes off whistling cheerfully

That final pensée indubitably Keatsian, “vexed” a plainer rehash of his “irritable reaching . . .” One might apply the “benevolence = sloth” warning—among others—to the interminably mild literary “front”—think of the routinely benign (if not obsequious) miens of poetry reviewers. (See, too, Finlay’s “Decorum is the last refuge of dirty rotters”). Others (succinct):

A posse of wasps

A spray of sparrows

And the oddly supernumerary: “A cross between a tiger and a dish-cloth (Albers) (pussy).” The pensées undoubtedly kin to the various groupings of “detached sentences” found in Finlay’s work. Here, out of the Alec Finlay-edited Ian Hamilton Finlay: Selections (University of California Press, 2012), some “Detached Sentences on Gardening”:

Strawberries grown in hollow logs stood upright, are not inferior to small orchards, in the pleasure given by the bark, and leaves, and fruit.

Formal gardens are (as it were) statues of Nature.

It is permissible, in the Art of gardening, to substitute a mooring-post for a boat.

The sundial’s true content is Time, the clock’s is the time.

Weather is the chief content of gardens, yet it is the one thing in them over which the gardener has no control.

The art of gardening is like the art of writing, of painting, of sculpture; it is the art of composing, and making a harmony, with disparate elements.

Lovely addenda to the sentence claiming weather “the chief content”—out of Finlay’s “Interpolations in Hegel” (replying to Hegel’s line “Mutability lies in the notion of existence, and change is only the manifestation of what it implicitly is”): “It is the flux which fills out the form.” And, in “Detached Sentences on Weather in the Manner of William Shenstone” one sees Finlay’s commitment to the unbrunted ever-changingness**** of being itself: “Constant weather ceases to be weather.” Or: “Weather is an intimation of the being of the world.” (And: “The sound of bees is a weather—that of woodpigeons too.”) Some “Detached Sentences on the Pebble” (is it merely the repetitions of PEBBLE that recall the Jubilate Agno of Christopher Smart?):

A PEBBLE is a crumb of Ancient Geology.

A PEBBLE is a form of perfect vacuity, as a wild-flower is of modesty.

The modern PEBBLE is prized as a sculpture, as it were, of a PEBBLE.

The wide appreciation of PEBBLES is a remote consequence of Protestantism.

The PEBBLE is foolishly admired as being hand-made by the Ocean.

Too much has been made of the untutored PEBBLE.

What is left at the end of reading through the Selections: a sense of Finlay’s intrepid wit and undaunted integrity. A writer who weighs each syllable (Sidney’s “peysing each sillable”)—one pensée reads “One thought, one letter”—and insists that “Better than truth to materials is truth to intelligence.” To end, out of “Selected Dispatches of Louis Antoine Saint-Just,” a mash-up:

Opulence is infamy. (There is a difference between living well and living profusely. The one arises from contentment and order, and decency and frugality; the other from dissoluteness and luxury, and disorder and indecency. Epictetus.)

* Edited by Stuart Mills, who provides a lovely tranche de vie look at the pensées provenance in the in situ odd jot and gleaning:

Finlay’s small blue jotter used to be kept on a section of the bookshelves near the fireside chair mostly reserved for his ‘specials’, thin volumes of poetry and little press publications which might easily have got lost or mislaid. They had to be close at hand, instantly available for consolation comfort and first aid. One imagines everyone will have such a cache. I became aware of its existence on a day he spontaneously reached for it in mid conversation and made an entry. I had misheard his glum reply to the suggestion that now he had all this new found space with outbuildings he would be able to keep a donkey. I thought the response, “Hopes attract lightning”, however true was unnecessarily bleak and melodramatic. It turned out that what he had actually said was “Horses attract lightning”; thunderstorms always way up on his list of things that one can well do without. My own disconnected version was added for good measure.
Domestic Pensées is the jotter. Forty years on it gives a flavour of how things were, undiluted by fictions of memory.

** Recalling the terrific little list of invented cuisine in the 1971 poem “3 Norfolk Dishes”:

Finlay’s lovely penetrant sense of food, its ancient omphalic churn (“Table Talk”): “Honey was the gasoline of antiquity.” And: “Teapots are the navels of happy households.”

*** Note, too, amongst sentences collected under the title “Table Talk of Ian Hamilton Finlay”: “Writing is an unnatural act.” (And, perhaps: “Consecutive sentences are the beginning of the secular.”)

Early in 1942 German U-boat successes against American merchant shipping resulted in a number of Flower Class corvettes being transferred from the RN to the USN.

An arrosoir is a French watering can. Finlay (I think of Pound at St. Elizabeths deconstructing Chinese characters) sees “arro” and “soir” (evening). Finlay’s remarks in “Detached Paragraphs on the Anagram” seem pertinent to such transformations:

With anagrams, inventiveness, “creativity”, are of no importance beside patience. The serious anagrammatist goes on throwing the letters of the subject’s name like a dice till he accidentally throws a six. To compose an anagram is sacrilegious. The boast of the anagrammatist ought to be, “Not at all my own work.”