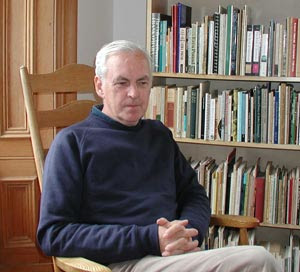 What to do now, little gumshoe? The slow slop of the imprecise vagaries of day turn out not to coalesce and all is floody with lingual excess. There is no “that it is” and the “unmanageable pantheon” isn’t out there in the world-ruckus, it’s here, sitting acroup in the sizzling neural capacitor, and worded beyond belief.

Being one way of proceeding in the nil fandango of sun-up—barely up, dull dime in the sky. Out of the toss of sleep, its stifling reveries of bicycling around and around a cloakroom stuffed with winter wraps. What of the uncommon vinegar of Lyn Hejinian’s—

One day I wake and I’m sick of virtuosity, it makes me spit.
Virtuosos have lost their credibility with me. They’re quick but they spin around a slick pole.
Practicing sleight of hand is dishonest work, there’s no need for it. Its values are trumped up, and all the while the anxiety it pretends to distract us from is precisely what it activates.
Pretending to be timeless, virtuosity taunts us. It’s about fast power, and loneliness—about the lack of good company. It’s a bad dream. That’s how it draws us in—and that’s what it draws us into.

Out of The Book of a Thousand Eyes (2012). Suspect learnedness, its supposed wiliness, up against the abettors of plain speech. A particularly American feverishness for “clarity,” for what’s “simple.” Disputably a somewhat odd “stance” for Hejinian.

Hejinian’s The Book of a Thousand Eyes sees its beginnings in the talk / essay “La Faustienne” (1994 / 1998), reprinted in The Language of Inquiry (2000). Faust—“the figure of the modern genius—driven, thrilled, libidinous, learned . . . a figure for whom epistemology is an artistic romance and the encyclopedia its masterwork”—accedes finally to speech’s own foul inadequacy (“I try to find a name for the feeling, / The frenzy, and I cannot find one” says Goethe’s Faust). Hejinian:

. . . If one genders the players in the tropes of Western epistemology, one typically ends up with a model in which the quest for knowledge is a male enterprise and the keeper of the known is woman. This trope seems to incorporate aspects of male desire into its imagery while leaving female desire hidden, not through inadvertence but by definition.
This opposition is descriptive, even definitive— or is meant to be—in terms of the dualism that is the basis for much of our Western thinking. Visibility and invisibility, light and dark, seeing and blindness, consciousness and unconsciousness are parallel pairs of opposites, whose ultimate case opposes Being to non-Being, life to death.
But the postmodern critique of binarism suggests that there may be no opposites, that Being (or the actual being of each and any entity) exists not because it is the opposite of non-Being but because it is “true of its own accord.” It was on this premise that I began a writing project, called, at least for the moment, The Book of a Thousand Eyes.
The Book of a Thousand Eyes is a night work, in that my interest is in the processes of assimilation and assessment that take place in the figurative dark and silence of night, where opposites as such can’t exist because they always coexist. I have wanted to write in the dark, so to speak, when the mind must accept the world it witnesses by day and out of all data assemble meaning. The writing would do so—assemble (a Faustian project) and, in its way, make knowledge (the work of La Faustienne).

A project surely directly akin to that of Shakespeare (according to William Carlos Williams’s assessment in Spring and All):

His actual power was PURELY of the imagination. Not permitted to speak as W.S., in fact peculiarly barred from speaking so because of his lack of information, learning, not being able to rivals his fellows in scientific training or adventure and at the same time being keen enough, imaginative enough, to know that there is no escape except in perfection, in excellence, in technical excellence—his buoyancy of imagination raised him NOT TO COPY them, not to holding the mirror up to them but to equal, to surpass them as a creator of knowledge, as a vigorous, living force above their heads.

In “La Faustienne” Hejinian quotes lines that become the third piece in The Book of a Thousand Eyes:

The bed is made of sentences which present themselves as what they are
Some soft, some hardly logical, some broken off
Sentences granting freedom to memories and sights

Then is freedom about love?
Bare, and clumsily impossible?
Our tendernesses give us sentences about our mistakes
Our sentiments go on as described
The ones that answer when we ask someone who has mumbled to say what he or she has
said again
In bed I said I liked the flowing of the air in the cold of night
Such sentences are made to aid the senses

Tonight itself will be made—it’s already getting dark
I’m not afraid to look nor afraid to be seen in the dark
Is there a spectral sentence? a spectator one?
Is it autobiographical?
No—the yearning inherent in the use of any sentence makes it mean far more than
“we are here”

Because we are not innocent of our sentences we go to bed
The bed shows with utter clarity how sentences in saying something make something
Sentences in bed are not describers, they are instigators

(Recall Williams’s “If the power to go on falters in the middle of a sentence—that is the end of the sentence . . .”)

Clark (“Riasg Buidhe”): “When we have put distance between ourselves and our intentions, the sensibility comes awake.”

Hejinian (The Book of a Thousand Eyes): “There are birds in the tree singing as precision / Remain confused I tell myself they say.”
Posted by John Latta at 6:49 AM