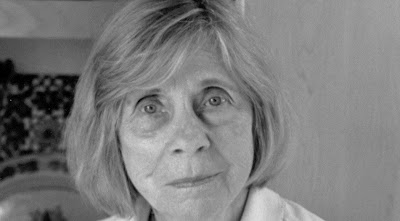 Hugh Kenner, out of The Poets’ Encyclopedia (1979), under “Encyclopedia”:

A compendium (using the alphabet for a filing system) of statements that seem not to depend on other knowledge. Aardvark is independent of Mammal, Angel of God. The unit of the Encyclopedia is the Fact. A fact is a corpsed deed; from L. factum, done, but with the residuum of accomplished action subtracted. Facts lie there pickled and are generally wrong, scribes’ minds having swerved from the continuum of action. Guy Davenport notes that the Britannica “has Waley sending Ez off on the trot to translate Cathay, unruffled by picturing an event of 1917 causing an event of 1915.” Shun all encyclopedias but this one.

Is that a source for Silliman’s New Sentence “qualia”? A compendium of sentences that “seem not to depend on other knowledge” is echoed rather directly by New Sentence-ry’s demand that “syllogistic movement” of sentences (call them “facts”—“pickled”) within a paragraph (“a unit of quantity, not logic or argument”) be both “limited” and “controlled.”

Barbara Guest’s encyclopedia entries—under “Frost” and “Porcelain”—uncollected (seemingly not by loss, by intent). (Encyclopedia as depository of the occasional, the incidental, the exercise, the “merely” ludic? I rather like these pieces, the recklessnesses of their behests against the severer kinds of astringency I see in much of Guest’s work . . .)

On this February day of most excellent and purified cold I am tempted by the ice floes on the Hudson to risk my neck walking on their backs in hunt for white bear or some fish with royal oil in its gut that will solace me in the Spring.
I have in my pocket a picture of Knut Amundsen dressed warmly enough to protect my expedition and I have also a tiny Anarctican flag which I intend to plant on an ice cake with a peculiar blue slant. Yesterday I was reading about a child in Brooklyn who had made an Eskimo doll for his sister’s birthday and l am going to carry this clipping with me, along with a copy of Les Malades lmaginaires.
lt will take somewhat more than a week to cross over the ice and when l am there l shall not be in Paterson, but in the center of the river making a crayon drawing. Can’t you see me sitting on that thin branch of ice, wearing a parka, inventing a species of palm and a linguistics unbearable to the natives? One of Admiral Byrd’s overshoes has fallen into the water and l explain its demise to a group of maidens dressed as swans, for his delusions are also mine.
February is the month of fish, freemen, forgetfulness and fretfulness, but out on the ice floe it is like “Florida” by Wallace Stevens and on the shore with the aid of the foreign press l can make out the outlines of the Red Men who are tattooing it into simple “frost.”
Ah Knut Amundsen! He sends a message from Thule which I postpone reading due to the atmospheric content of certain vowels. It says: ADVENTURE. I repeat this over and over like an epic poem while Manhattan sails past waving her smooth hands and on her deck the Captain bows his head mournfully, for he alone knows it cannot last.

The Pleasures of Porcelain are enhanced by their “Perhapness.” The fragility of their Projected vision is also Perspicacious. One comes to admire their “Piecehood,” which like a Piebald Pigeon is reckless on the Perilous heights of a mantlePiece. Porcelain is doomed to remain Private until it becomes Public outside the Pantry, i.e. upon entering a museum to be Participated in. Porcelain knows no single Persia, but exists in all the Punjabs of the senses, delicate as a Persimmon, slim as a Panther, impeccable as a Puritan.

The basic unit for measuring the length, width, and depth is the peter.

The literary and culinary delight of the English nation, ever since Vaulting Imagination suddenly up and left town in the 17th century. The people with the imagination have since been known as “eccentrics,” as in: Wm Blake, Samuel Palmer, Wm Morris, Francis Kilvert, G. M. Hopkins, Frederick Delius, Edith Sitwell, Lord Berners, Stevie Smith, et few alia . . .
It is used in such expressions as “Aye, wouldn’t it be lovely to have a bit of right stodge.” Meaning: boiled and creamed and fried potatoes and cauliflower and sprout along with the grey joint of roasted beef.
A diet of stodge has led to a peculiar and generic condition amongst the populace and those in pursuit of literature. This is Meilikhoposthoi, vagueness of cock and mind, as the very ancient Greeks called it before they got their act together and their cathexes in order. This disorder allows the English to complain that Americans and other wogs simply will not refrain from writing poems about all those subjects that gentlemen do not write about under any conditions. lt allows them to insist that Philip Larkin is the most interesting living poet since W.H. Auden . . .
One way to resist stodge is to remember what Novalis said: “Not only is England an island, but so is every Englishman an island.”

Some shorter dicta. There’s Nathaniel Tarn defining “Sparrow”: “A mouse on springs.” There’s Carl Rakosi writing of “Writing”: “When I sit down to write, I must not forget that one does not strike an attitude in front of a mountain.” And, of “Action”: “Action is the nearest thing to oblivion. It leaves no impression on the soul, somewhat like happiness, which likewise passes in a vague state through the memory and leaves no mark.” (Rakosi there somewhat recalling Creeley’s sense of poetry being “written momently . . . There is, curiously, no time in writing a poem.” Not Williams’s “vagueness of cock and mind”—its contrary intensity, the blotting circumferential reach of copiosity’s doing . . .)