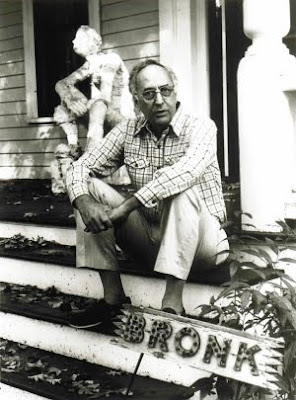 Brutal usufruct of being, and dying. How accede to the temporal norm? Out with the dog in the stacked-angular noirish light. A single cardinal’s piercing whoit whoit discrepancy baffled by the lowering sky. The essential parsimony of glut. Anything to pinprick my pinprick.

When I hear pieces by Anton von Webern, Pauline Oliveros, Charles Ives, and Arvo Pärt . . . in which melody disperses among instruments in pointillistic fashion (Klangfarbenmelodie), or synchronizes through vibrations, or intermixes quoted song phrases from hymns and patriotic songs, or repeats aural gestures . . . or fill-in-the-blank with techniques of your favorite composer-confounder . . . I am made uncomfortable in the most wondrous way. I cannot trust my ear to tell me easily if it is music, but slowly my ear becomes accustomed, even in vogue, then after a while, negligent. Here lies the danger: indifference, at which point interruption and invention must recur.

That rut of seeming: intelligibly rote. The sly affability of the customary, its familiar empty skirts. Obdurate solace of being, and dying. Nothing in that drawer. William Bronk (“Costume as Metaphor”): “We know nothing of the world and will never know. All we say is metaphor which asserts at once our unknowing and our need to state in some language what we don’t know . . .”

IX
There is a marvelous story about Duchamp and an art student in San Francisco many years ago. Duchamp goes to this art school and he sees this kind of tough, macho San Francisco painter and Duchamp looks at this picture he doesn’t know. He says to the fellow, “What are you doing?” And the painter says, “I don’t know what the fuck I’m doing.” Duchamp pats him on the back and says, “Keep up the good work!”

XXX
Kierkegaard wrote a marvelous thing in Either / Or. He said he feels that when he dies, they are going to ask him only one question, when he gets up there. And the question is, “Did you make things clear?” Did you make things clear?—that is what they are going to ask him up there. In other words, in his own life, did he make things clear. How he felt, how he wrote, everything. And I am very concerned with making things clear. And maybe I’m using metaphor as a way of saying it in different ways in order to be clear, you see. Stendhal had a big sign on top of his desk, it said, “To be clear at all costs.” To be clear at all costs.

Out of The Iliad (Book XX):

Terms of reproach we both might find, whose weight
Would sink a galley of a hundred oars;
For glibly runs the tongue, and can at will
Give utt’rance to discourse in ev’ry vein;
Wide is the range of language; and such words
As one may speak, another may return.

Translated by Edward George Geoffrey Smith Stanley, Earl of Derby (1864). Versus the lines as rendered by Alexander Pope (1715-20):

Long in the field of words we may contend,
Reproach is infinite, and knows no end,
Arm’d or with truth or falsehood, right or wrong;
So voluble a weapon is the tongue;
Wounded, we wound; and neither side can fail,
For every man has equal strength to rail . . .

Toward the end of The Myth of Sisyphus, under “Absurd Creation” (in the section titled “Ephemeral Creation”), Albert Camus writes:

Of all the schools of patience and lucidity, creation is the most effective. It is also the staggering evidence of man’s sole dignity: the dogged revolt against his condition, perseverance in an effort considered sterile. It calls for a daily effort, self-mastery, a precise estimate of the limits of truth, measure, and strength. It constitutes an ascesis. All that “for nothing,” in order to repeat and mark time. But perhaps the great work of art has less importance in itself than in the ordeal it demands of a man and the opportunity it provides him of overcoming his phantoms and approaching a little closer to his naked reality.

Versus. Pascal Quignard, out of The Roving Shadows:

The definition of modern art was provided by Pierre Guillard on 11 August 1932. Pierre Guillard had studied science and was by profession an engineer. He rushed at Millet’s Angelus and stabbed the canvas several times. He was overcome by the attendants. At the police station to which the Louvre’s attendants took him, he declared:
‘At least they’ll talk about me.’
Self-promotion, the refusal of subjection and the hatred, in all that has been, of the this was—this is the triple thesis of modern art.
An allergic reaction to dependence, the discrediting of what went before and the elimination of the erstwhile—these are the arguments of progress.
Guillard damaged the peasant’s trousers and wounded the stooping woman in the arm. The sky was irreparable.

BLUE SPRUCES IN PAIRS, A BIRD BATH BETWEEN

Seen by starlight from the window, fat
blue spruces patch the lawn with darker dark.

Arranged in pairs. People no longer plant
these trees in pairs, with bird baths set between.

Seen by starlight. The universal stars.
Something here is certainly laughably wrong.

Ideas are always wrong. Their separateness
causes a threat to neuter each other out

and leave us without a world as it does here:
heavens and styles collide meaninglessly.

The unsubmissive mind has freedom to be
nothing, worldless—not to exist at all.

Because the various world we sense is not
ever apprehended as one, or formed as one,

ideas are always wrong, always unfixed,
and often their power to make the world real is lost.

Huge factors stand ready to leap in
to alter or destroy a world we defend alone.