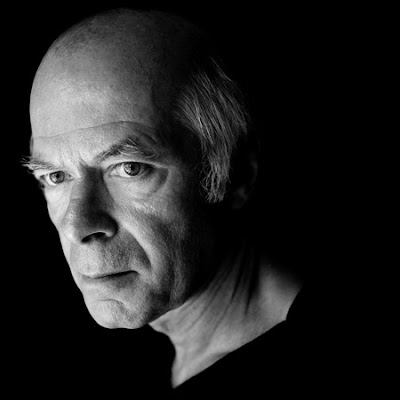 In 1933, Tanizaki published a short text in which he expressed regret at the loss of shadows and darkness.* . . . His regret was all the more poignant for being provocatively argued. In that argument Tanizaki expressed his nostalgia for the lavatories of old Japan that were places of near darkness, places no longer tolerated by the whole of Japanese society, which had suddenly been won over by a general desire to excrete in dazzling, puritanical, imperialist, American neon light, and to do so into a spotless porcelain pan, surrounded by gleaming white, hygienic tiling and the fake fragrance of flowers.
*
Junichiro Tanizaki expressed regret at the passing of the writing brush, which made less noise than a fountain pen; at the passing
of tarnished metal objects;
of opaque crystal and clouded jade;
of streaks of soot on bricks;
of the peeling of paint on wood;
of the marks of weathering;
of broken branches, wrinkles, unravelled hems, heavy breasts;
of bird droppings on a balustrade;
of the silent, inadequate light of a candle to eat by, or the light of a lantern hanging above a wooden door;
of the freer or dulled or vacillating thought that arises in the human head when it buries itself in shadow, the soul moving closer to the boundary of the teeth;
of the deeper, more hesitant voice that accompanies the glow of the cigarette which catches the eye;
of the more persistent taste of what is eaten and the less haunting impression of the shape and colour of dishes as one grows older, food becoming gradually more connected with the darkness of the body with which it merges.
*
. . .

*
He did not distinguish shadow from the traces of the past. He regretted the passing of grime on boxes and rust on knives, nails and flat-headed screws.
He missed the moon, too, as the only night-time light in humble dwellings;
undergrowth and the frightening creatures to be found there;
the thrilling shadow roving and fading beneath trousers and robes;
listening to music with the lamps snuffed out.

*
To live in the corner—in angulo—of the world.
*
In the angle mort—the blind spot—where the visible is no longer visible to sight.
In the dead zone where the two human rhythms (first the cardiac, then the pulmonary) embrace and around which they generate sonic ecstasy and, perhaps, music—and, from music, time.
*
Such is Lake Avernus and such the gates and the howling that are beneath Tartarus.
Such are the lakes the ancient Etruscans made for, carrying the severed, re-modelled heads of their ancestors on spears.
Such were the boiling pitch and Cerberus: the visible does battle with the invisible. But only the visible shines. Only its victory shines, since even its defeat is brilliant.
*
One must mediate on this point: the victory of the invisible does not shine.
*
. . .

*
At the dawn of the last century, Walter Benjamin wrote that the inventions of photography and cinematography had introduced—into the very heart of the things they had brought to light—the absence of shadow.

I date the globalization of warfare on the earth’s crust from the year 1853. After the genocide of the American Indians and their transportation (‘transportation’ is a word the Germans and the Turks picked up on in the decades that followed), after the genocide of black Africans—democratically flaunted segregation and slavery—the Americans turned their gaze on the rest of the world.
Commodore Matthew Perry triggered the two world wars in the summer of 1853 in the Bay of Edo.
The Japanese shogun, alerted by his men, anxiously observed the American paddle-steamers that dropped anchor in the harbor. The Japanese shogun addressed this message to the American officer:
‘We do not wish a devilish humanity to enter our territory. We ask you kindly to return to your country and remain there under the venerable protection of your dead. For, in times gone by we have met the Christians and it was not a happy experience.’
In response, Commodore Perry, at the prow of his ship, shouted over his loud-hailer to the shogun of Edo:
‘Either open your borders to free trade or we shall impose it on you by force.’
What Commodore Perry called free trade meant American commerce.
American commerce is quite close to what the ancient Romans called the Pax.
No one has ever known what these words (free, peace) mean, either in English or Latin.
The Commodore was flanked by his paddle-steamers and steam corvettes. He slowly tilted his guns and armed them. Then, amid cries of admiration for the four extraordinary ships that were threatening them, the Japanese sailors and fishermen who had gathered on the quayside became targets.
The Americans fired.
The Japanese yielded.
*
The Western world then set about protecting ethnology. Field studies became honourable pretexts for beleaguering those ends of the earth that were still closed to the use of fiduciary money, and for infecting the eyes of the poorest with desire in order to destroy them with a mirage.
Gifts of medicine and food destroyed traditions. Through assistance, freedom became sedentarized. Subjecting human groups to industrial products and alcohol, that assistance opened them up to useless consumption and stupefaction. Having first grabbed them with money, it tied them in to credit and social humiliation.

There was a time—a long time—when men and women left on the earth only excrements, carbon gas, a little water, a few images and their footprints.
*
Over the last 600 million years, the earth has passed through seven mass extinctions of species. The first dates from the beginning of the Cambrian, 540 million years ago. We are contemporaries of the last of these extinctions. By the end of the twenty-first century, half of the plants and animals that still exist will be extinct.
The following will have disappeared:
4,327 species of mammals;
9,672 species of birds;
98,749 species of molluscs;
401,015 species of coleoptera;
6,224 species of reptiles;
23,007 species of fish.
The Eden is gradually receding from the Garden.

George Bataille’s The Accursed Share is one of the finest books of the shadows. Human societies court chance and death. The whole world serves as a basis for the general exchange that is what we once called warfare. The single market has its single goal, which is itself. The market has sought to expand into the totality of available space.
It has succeeded.
The available space has now extended to the earth.
As a result, the earth has entered into competition with itself. Competition, expansion and profit are rational only in the limited, dual state. On a wider scale, the moment the propensity to grow finds nothing to oppose or compete with, it becomes the whirling of a shaman before he collapses ecstatically into the dust which the weight of his body throws up in the moment of his fall.

It isn’t clear when clean and dirty became separated in human societies and consciousness.
When did the corpse appear and the anguished need to remove it from sight?
Inhumation preceded sapiens sapiens.
Art is among the oldest prehuman practices and is much older than money, into which nothing from the sphere of art can be converted.
Art is the sempiternal contemporary of a separation that does not subordinate it.
It was born before the disjunctive, arborescent filiations became fixed between man and beast, between the social and the asocial, order and disorder, the adorned and the repellent, the heavenly and the hellish, life and death, form and non-form.
The sacred, the unclean, that which defiles and that which must be set apart (or concealed from view) are not clearly distinct.
The sacred has never been so omnipotent as it is in modern societies. We have never before separated ourselves to this same extent from corpses, menstrual blood, spit, snot, urine, faeces, belches, scabs, dust and mud.
We are all obsessive priests in our kitchens.
We are insane tyrants in our bathrooms.
It is difficult to dissociate the notions of hygiene, morality, sacrifice, thought, racism and war. We constantly have an eye out for the other, for what is socially or sensorially unclassified, for parasites, mice, saliva, for what is marginal, for what lives in the interstices (spiders and field mice or scorpions are never either inside or outside), self-taught academics, mammalian fish, Christian Jews, single mothers, undrinkable water and border dwellers—whether in terms of national territories or the body—sperm, pins, nail clippings, sweat, phlegm, ghosts, phobias, fantasies (which hack through the wall that should separate wakefulness from sleep). Art is a parasitical production.
The one who brings forth that which did not exist until he came along is of the realm of the inappropriate.
He is out of place. This is the very definition of dirt: something is out of place. A shoe is clean when it is on a floor. It is dirty as soon as you put it on the table cloth among the flowers, the silverware and the neatly aligned glasses.

* See Tanizaki’s In Praise of Shadows, translated into English in 1977 by Thomas J. Harper and Edward G. Seidensticker. Tanizaki:

Paper, I understand, was invented by the Chinese; but Western paper is to us no more than something to be used, while the texture of Chinese paper and Japanese paper gives us a certain feeling of warmth, of calm and repose. Even the same white could as well be one color for Western paper and another for our own. Western paper turns away the light, while our paper seems to take it in, to envelop it gently, like the soft surface of a first snowfall. It gives off no sound when it is crumpled or folded, it is quiet and pliant to the touch as the leaf of a tree.