Jefferson and / or Williams 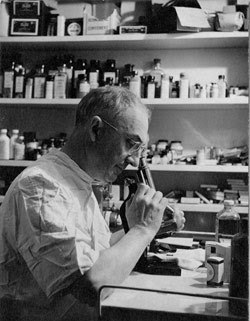 All the makings of sloth and lethargy hereabouts. The snow, the crows, the routine trudge . . . Or the morning’s stray fossickings unearth two counter-notes. Jefferson’s preposterous (and prevalent) sense that writing means clothing, sumptuary and vain (out of a letter to Nathaniel Burwell, 14 March 1818):

A great obstacle to good education is the inordinate passion prevalent for novels, and the time lost in that reading which should be instructively employed. When this poison infects the mind, it destroys its tone and revolts it against wholesome reading. Reason and fact, plain and unadorned, are rejected. Nothing can engage attention unless dressed in all the figments of fancy, and nothing so bedecked comes amiss. The result is a bloated imagination, sickly judgment, and disgust towards all the real businesses of life. This mass of trash, however, is not without some distinction; some few modeling their narratives, although fictitious, on the incidents of real life, have been able to make them interesting and useful vehicles of a sound morality. . . .For a like reason, too, much poetry should not be indulged. Some is useful for forming style and taste.

Versus Wallace Stevens’s sense of writing as a stripping off, with no remedy except itself (out of the William Carlos Williams issue of the Norman Macleod-edited Briarcliff Quarterly, printed in 1946):

If a man writes a little every day, as Williams does, or used to do, it may be that he is merely practicing in order to make perfect. On the other hand he may be practicing in order to get at his subject. If his subject is, say, a sense, a mood, an integration, and if his representation is faint or obscure, and if he practices in order to overcome his faintness or obscurity, what he really does is to bring, or try to bring, his subject into that degree of focus at which he sees it, for a moment, as it is and at which he is able to represent it in exact definition.
A man does not spend his life doing this sort of thing unless doing it is something he needs to do. One of the sanctions of the writer is that he is doing something that he needs to do. The need is not the desire to accomplish through writing something not incidental to the writing itself. Thus a political or religious writer writes for political or religious reasons. Williams writes, I think, in order to write. He needs to write.
What is the nature of this need? What does a man do when he delineates the images of reality? Obviously, the need is a general need and the activity a general activity. It is of our nature that we proceed from the chromatic to the clear, from the unknown to the known. Accordingly the writer who practices in order to make perfect is really practicing to get at his subject and, in that exercise, is participating in a universal activity. He is obeying his nature. Imagism (as one of Williams’ many involvements, however long ago) is not something superficial. It obeys an instinct. Moreover, imagism is an ancient phase of poetry. It is something permanent. Williams is a writer to whom writing is the grinding of a glass, the polishing of a lens by means of which he hopes to be able to see clearly. His delineations are trials. They are rubbings of reality.

(Oddly enough, Marianne Moore, in a tiny approbatory squib in the issue, seems to mimic Stevens’s image of the focusing lens: “I can only say that for me, lacklustreness and aesthetic mildew vanish under the burning-glass of real poetry, and William Carlos Williams is the real thing.”) Stevens—nearly, I suppose, slipping back into talk of the “rig” (meaning some high-toned dress-up and deportment defining the work)—later calls Williams’s itch “an intellectual tenue.” That quotidian tonus holding, against holding out.