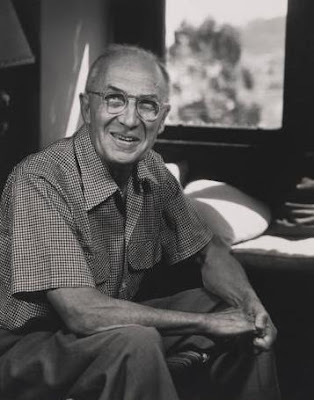 “When the world takes over for us / and the storm in the trees / replaces our brittle consciences / . . . when the few last yellow leaves / stand out like flags on tossed ships at anchor—our minds are rested . . .” (Williams, “Lear”) Piercing yellows, sparse and endless in their arrangements, poplar to poplar. Hurtling across the deer-slaughtered demesnes, the common highways smeared with doe-blood, the remains haunch-hacked, lacking a hind-quarter, or strewn, impossibly flung out along the meridian: a half-mile of pure blood-rubbish. Eyes averting up aslant to a sailing red-tail, guerdon of the raffish sensibility. The drive (Ann Arbor / Chicago / Ann Arbor) snarls up intent, stoppers the prothonotary release, allows a certain gold-throated “region November” (Stevens), whereat the jugular vein glugs out its own thingly freight of vocables regarding “the treetops, as they sway”:

Saying and saying, the way things say
On the level of that which is not yet knowledge.

Is that Stevens’s reply to Williams’s “No ideas but in things”? (Odd to see, in Jacqueline Saunier-Ollier’s enormous 1979 book William Carlos Williams (1883-1963): L’Homme et l’œuvre poétique, the long reach back to Thoreau: «No ideas but in things» ne résonne-t-il pas comme un écho de la belle formule de Thoreau: «The roots of letters are things»? The line is out of the Journal, in an entry dated 16 October 1859, and likely unknown to Williams:

Talk about learning our letters and being literate! Why, the roots of letters are things. Natural objects and phenomena are the original symbols or types which express our thoughts and feelings, and yet American scholars, having little or no root in the soil, commonly strive with all their might to confine themselves to the imported symbols alone. All the true growth and experience, the living speech, they would fain reject as “Americanisms.”

Later Thoreau asks: “What if there were a tariff on words, on language, for the encouragement of home manufacturers?” A line I probably find particularly pertinent, result of reading through the Hugh Witemeyer-edited Pound / Williams: Selected Letters of Ezra Pound and William Carlos Williams (New Directions, 1996). To read therein Williams quoting John Dewey’s “Vital and thorough attachments are bred only in an intimacy of intercourse which is of necessity restricted in range.” Or to read Pound’s endorsement of the local, with crudely-limned ideogram-provided: “King Wan worked from where he was at.” (Referring to what he calls, in translating Confucius’s Analects, “chih . . . the hitching post, position, place one is in, and works from.”) Or to read Pound’s rather funnily reprimanding line in a letter to Williams—who formerly edited a magazine called Contact—of 10 May 1940: “I do NOT get MY views from the nooz wypers. I get ’em first hand or at worst from private letters which show direct contact.” The prevalent strain of American letters: the homemade, the stay-at-home. See Thoreau’s letter to H. G. O. Blake (1 January 1859), asking “What mountain are you camping on nowadays?”:

You must first have made an infinite demand, and not unreasonably, but after a corresponding outlay, have an all-absorbing purpose, and at the same time that your feet bear you hither and thither, travel much more in imagination.
To let the mountains slide,—live at home like a traveler . . . What a fool he must be who thinks that his El Dorado is anywhere but where he lives!

And in praise of the “ravine” of the body itself (“in which the ‘soul’ is encamped”)—“eagles always have chosen such places for their eyries”—the local accommodating low source and high outlook both:

It is a capital advantage withal, living so high, the excellent drainage of that city of God. Routine is but a shallow and insignificant sort of ravine, such as the ruts are, the conduits of puddles. But these ravines are the source of mighty streams, precipitous, icy, savage, as they are, haunted by bears and loup-cerviers; there are born not only Sacos and Amazons, but prophets who will redeem the world. The at last smooth and fertilizing water at which nations drink and navies supply themselves begins with melted glaciers, and burst thunder-spouts. Let us pray that, if we are not flowing through some Mississippi valley which we fertilize,—and it is not likely we are,—we may know ourselves shut in between grim and mighty mountain walls amid the clouds, falling a thousand feet in a mile, through dwarfed fir and spruce, over the rocky insteps of slides, being exercised in our minds, and so developed.

Align that against something like Frank O’Hara’s lines out of “You Are Gorgeous and I’m Coming” (though O’Hara’s incipient “purple roar” is probably not the sound of the “soul” decamping . . .):