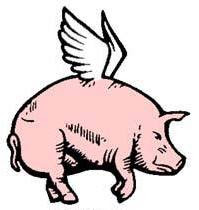 At the Poetry Foundation’s seemingly pig in a poke “news & community” aggregator Harriet, a “joint” known to trawl up any old wire service rehash whatsoever (see, say, “Cindy Crawford Reads Kenny Goldsmith’s Uncreative Writing”), why no nod to current Poet Laureate Philip Levine’s exchange with Andrew Goldman in the latest New York Times Magazine (“Philip Levine Still Knows How to Make Trouble”)? Two possibilities, each an impertinence in its way to the Foundation and its bevy of apologists:

You’ve written that as a kid, you had such hostility for the upper class that you fantasized about firing a gun at every Cadillac you saw. Still hate the rich?

I don’t, because I’ve met them now under silly circumstances, and they seem like hopeless jerks to me, for the most part. There’s a kind of Protestant ethic that believes that if you’re really a good person, God will reward you with a full table and a garage full of automobiles and a beautiful husband or wife—that we should be judged by what the world has delivered to us. I think if we started making radical changes in the way wealth is distributed in this country, it would be a hell of a lot better.

I wonder if you agree with John Barr, the president of the Poetry Foundation, who, with the help of a $200 million endowment, has been trying to popularize poetry by encouraging poets to write more upbeat poems.

Hell, no. I can’t believe this guy Barr is a poet, because I don’t think a real poet would think in that way. When a poem comes to you, you’re not going to say, “Oh, no, this goddamned poem is just too mean-spirited.” You’re going to run with it.

Noted, too, today, serendipitously—Charles Bernstein’s upcoming reading at the Foundation on Superior Street is, ahem, sold out. Just another ham-handed story of ordinary outsider become consummate insider . . . call it The Sell Out’s Sell Out . . .