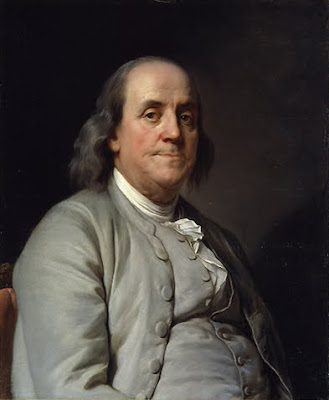 Trying, briefly, to dodge Thoreau, who willy-nilly skirts my intent, commandeering my reveries. (Rather like a fine mopery, or melancholy—where is it that Thoreau reports “feeling a fertile regret—and deriving even an inexpressible satisfaction as it were from my ability to feel regret”—that kind of husbanded strain, a nigh musical thing . . .) He writes (letter to H. G. O. Blake, 16 November 1857):

It is after we get home that we really go over the mountain, if ever. What did the mountain say? What did the mountain do?
I keep a mountain anchored off eastward a little way, which I ascend in my dreams both awake and asleep. Its broad base spreads over a village or two, which do not know it; neither does it know them, nor do I when I ascend it. I can see its general outline as plainly now in my mind as that of Wachusett. I do not invent in the least, but state exactly what I see. I find that I go up it when I am light-footed and earnest. It ever smokes like an altar with its sacrifice. I am not aware that a single villager frequents it or knows of it. I keep this mountain to ride instead of a horse.

Mysterious lines, akin to the notorious report of losing “a hound, a bay horse, and a turtle-dove.” John Burroughs points to Thoreau’s glee-sopped exaggerating: “He knew what an exaggeration he was, and he went about it deliberately.” And quotes a line out of an earlier letter to Blake (10 April 1853): “I trust that you realize what an exaggerater I am,—that I lay myself out to exaggerate whenever I have an opportunity,—pile Pelion upon Ossa, to reach heaven so. Expect no trivial truth from me, unless I am on the witness-stand. I will come as near to lying as you can drive a coach-and-four.” And Burroughs comments: “Exaggeration is less to be feared than dullness and tameness. The far-fetched is good if you fetch it swift enough; you must make its heels crack—jerk it out of its boots, in fact. Cushions are good provided they are well stuck with pins; you will be sure not to go to sleep in that case.” Isn’t that kind of talk straight out of Franklin’s Poor Richard? Look here (Poor Richard Improved, 1750):

What an admirable Invention is Writing, by which a Man may communicate his Mind without opening his Mouth, and at 1000 Leagues Distance, and even to future Ages, only by the Help of 22 Letters, which may be joined 5852616738497664000 Ways, and will express all Things in a very narrow Compass. ’Tis a Pity this excellent Art has not preserved the Name and Memory of its Inventor.

Discontented Minds, and Fevers of the Body are not to be cured by changing Beds or Businesses.

You may be too cunning for One, but not for All.

Genius without Education is like Silver in the Mine.

Many would live by their Wits, but break for want of Stock.

You can bear your own Faults, and why not a Fault in your Wife.

And so forth. Wit-inspissate maxims. Isn’t Franklin one obvious source for something like the doggedly “clever” spasms of Bruce Andrews? Read a little of, oh, “Capital Is Not a Quantity of Money,” out of the 1992 I Don’t Have Any Paper So Shut Up (or, Social Romanticism):

Capital is not a quantity of money, it’s dressed like a poinsettia, the fixed air, for nice gifts
go for broke, sentient beings, trill your dick—numbers count themselves! Investigation doors restore the mother
dwell on unreal facts someone is receiving healing in the left
ear, right now! Immune to depression, he cuts up bodes with grace:
TV brood norm orthopedic, speech alloy tests imperial patience, Latin Americanization of Finland drop earrings into your mouth. Be a coward ersatz for Christ
Judy fudge fruit Paladins of restrain
anxious beeps
advise the beat old men pass the test
all homophobes subjected to temporary sex-change operations; I forgot to become a devil dog.

Keep the icing from getting hard—in slug mood
turn blue-grey sound janitor
out of alienation, imposter puds: let Jesus come on the scene & itemize our calendars, smarmy sticky judge. Officers are not pretty; I spend most of my time shopping for sofas—just go educate yourselves. Toot my tubes—I just changed my sneakers; I’m sorry you were born—production can just as easily become a fetish. . . .

Und so weiter. Later: “The key to success is: never leave your neighborhood; in your spare time do not fail to study the dictionary . . .” Combo of Poor Richard and Heloise of the “handy household hints” undergirding the Andrews Weltanschauung (“put your box on the thing interested in your interest—why stop hugging yourself?”) With requisite noise in the signal (“anxious beeps”) and adjustable rate ironies. (See Franklin: “When Reason preaches, if you won’t hear her she’ll box your Ears.”)

Precedents to such cannings and picklings? I think of the Stevens of the “Adagia”: “There is nothing in life except what one thinks of it.” And: “Sentimentality is a failure of feeling.” And: “Poetry is a form of melancholia. Or rather, in melancholy, it is one of the "aultres choses solatieuses." Or there’s the odd “Schemata”—questionably dated 1918, seemingly enumerating what Robert Duncan calls (The H. D. Book) “the pretensions of the poetic”:

I.
A vivid fruit in a vivid atmosphere.

III.
Land of pine and marble.

V.
Diamond on the slipper of her naked ghost.

VI.
Is it a goat, or a cock you chase now, skeleton death?

VII.
The old marble is gray in the rain.

VIII.
A weaving of the slow shadow-wheel.

IX.
The hairy saints of the north.

Duncan’s phrase refers to Pound’s similar list, cached in a 21 October 1908 letter to Williams (“Here are a list of facts on which I and 9,000,000, other poets have spieled endlessly”):

1     Spring is a pleasant season.
the flowers, etc. etc. sprout bloom etc. etc.
2     young mans fancy   |     lightly
|     heavily
|     gaily etc. etc.
3     love, a delightsome tickling.
indefinable etc.
by day, etc. etc. etc.
by night, etc. etc. etc.
4     trees, hills, etc. are by a provident nature arranged
diversely, in diverse places
5     winds, clouds, rains, etc.
flop thru and over ’em.
6     men love women.
(more poetic in singular, but the verb retains the same form.)
(in Greece, & pagan countries men loved men, but the fact is no longer mentioned in polite society except in an expurgated sense.) I am not attracted by the pagan custom by my own prejudices are not material poetica.

Thus Pound’s tumulus of “the bulk of the poetic matter of the ages.” Though he immediately (“wait”) adds:

7. men fight battles. etc. etc.
8. men go on voyages.
Beyond this, men think & feel certain things. & see certain things not with the bodily vision. about this time I begin to get interested & the general public too ruthlessly goes to sleep?

(Duncan, whose quoting of Pound stops just prior to “men love women,” compares Pound’s list—what he calls “a sophisticated putting-on of common sense”—to Dante’s in De Vulgari Eloquentia: “as man has been endowed with a threefold life, namely, vegetable, animal, and rational, he journeys along a threefold road . . . Wherefore these three things, namely, safety, love, and virtue, appear to be those capital matters which ought to be treated supremely, I mean the things which are most important in respect of them, as prowess in arms, the fire of love, and the direction of the will.”) Is it there at the end—in Pound’s seeing “certain things not with the bodily vision” (akin to Stevens’s “weaving of the slow shadow-wheel” or the odder summoning of the “hairy saints of the north”?)—that the essential “norm orthopedic” practicality of Franklin (and Andrews) is ditched (Pound’s “putting on” put out of joint by leaky sincerity and heaven-reaching)? I exaggerate somewhat (hardly), husbanding my strain, making “imposter puds” of my songs.