CLIII
The high ropes, rappelling and belaying course normally run by a semi-reform’d sadist named after a kid’s show: Scoobie or Peewee. ¶ Rave inflect’d blow-job video. ¶ A perfectly black iris. ¶ Idiosyntactic. ¶ Garrulity and mannishness burn’d Goody Able at the stake. ¶ Chopping the newly up nettles and hoisting each with the knife blade into a paper bag, delicious parboil’d with a little salt and vinegar. ¶ A major content-producing country. ¶ X meaning Christ, or X meaning a kiss, or X meaning a film with fucking in it? ¶ With an unbecoming identity, like most products of administer’d time. ¶ Prickly pear lunch. ¶ Blow-job inflect’d rave strobes. ¶ Is it the swallow of heaven that brings plague-news? ¶ Getting clown willies. ¶ Gongyla-creamy. ¶ A woman carrying a big bursting box of Kleenex like a peony: pull, dab, and wad. ¶ Along the slow St. Joseph, one lone sandhill crane flying out-stretch’d in the rain. ¶ The Hmong boy in a Homer Simpson T-shirt signs for the FedEx delivery and proceeds to shout “Thaddeus, Thaddeus!” with anachronistic fury. ¶ Dog-prickly cynicism assuaged by social thirst. ¶ Cut off by a Sikh-commandeer’d taxicab. ¶ The five-finger’d intaglios of Corporal Trim. ¶ Covering the material in Throwing Hammers: Mechanical Ire and Sexual Aptitude, for Wednesday. ¶ Red rash inveigling the one who scratches to locate the itch. ¶ Truckers a.k.a. logistical systems engineers. ¶ The vector sum of the jut combined with the way parallax-adjustment places the fit tangle at a matrix, half-swallow’d by curves. ¶ Corporate trim. ¶ Fixities of language the twentieth century’s insurgency fail’d to blast. ¶ Hitherto parkours. ¶ Priam’s hectoring to retrieve Hector. ¶ Authenticity of the jaded-empirical flank’d by fustian sexual knobbery (Aretinoesque Victoriana). ¶ “Summers I like go in for a new foundation.” ¶ To fish with fewer lures. ¶ In obeisance to the Buddhist regimen of avoiding kao-chen (comfortable bedding), we hack’d off some brambles with an oar, and fill’d the bottom of the boat. ¶ Is size determined according to need, or is size defined by perceived need? ¶ Traffic backup caused by a bottleneck approaching Climax. ¶ Husbandry of out-sourced text coding and pixel loading projects through the post-colonial wickets. ¶ Aretino’s mock-bequeathing (in 1516) of the genitals of Hanno, Pope Leo X’s elephant, to a lusty cardinal: excellent career move. ¶ Blue heron with neck crook’d flying south of the missile silos.

Inextricable knots in the rosary of days. (Nobody talks like that.) A dash through rain and T-storms to Chicago and back, coop’d up in the Vibe reading Sontag’s Reborn with rather dilatory aimlessness, and burgeoning “dislike.” Note the sequence that goes: 10/21/49—“I had naïvely supposed that it was better to do something meaningless than something pseudo-intellectual, i.e., teaching—I did not realize how apathetic, drained one becomes by the activity of most of one’s working hours.) That eliminated one-half of my aspirations toward proletarian living, + my present manner of physical existence has stripped off the other half of my illusion!” (That in reporting “a genuine, + almost defeating, ordeal”—presumably, uh, work.) And: 11/21/49—“Today, a wonderful opportunity was offered me—to do some research work for a soc[iology] instructor named Philip Rieff, who is working on, among other things, a reader in the sociology of politics + religion. At last the chance to really involve myself in one area with competent guidance.” And: 12/ 2/49—“Last night, or was it early this (Sat.) morning?—I am engaged to Philip Rieff.” (Nobody beyond the heart’d quarrels with the heart?) Is it a detectable, what, caginess—opportunism—that riles? 1/19/57—“Conventions vs. spontaneity. This is a dialectical choice, it depends on the assessment you make of your own times. If you judge that your own time is ridden with empty insincere formalities, you plump for spontaneity, for indecorous behavior even . . . Much of morality is the task of compensating for one’s age. One assumes unfashionable virtues, in an indecorous time. In a time hollowed out by decorum, one must school oneself in spontaneity.” (Or is that simply the ingrain’d adversarial stance of the elitist?) (See: 11/28/57—“Answer to Schweitzer—If all is valuable—even the ant—if the ant must not be killed, is as valuable as I, then, implicitly, I am as valueless as the ant—All people are not the same, worth the same—” And: “Either are or aren’t—aristocratic Judaism—either “one of us” or one of the Goyim—perfect thyself—there is an elect, an elite—”) (See the romping erroneous correlation of something like “My ‘I’ is puny, cautious, too sane. Good writers are roaring egotists,” combined with “Weakness is a contagion, strong people rightly shun the weak.”) 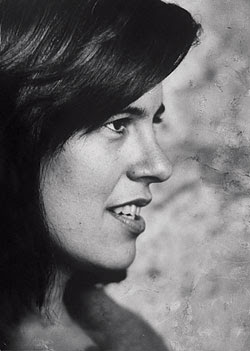