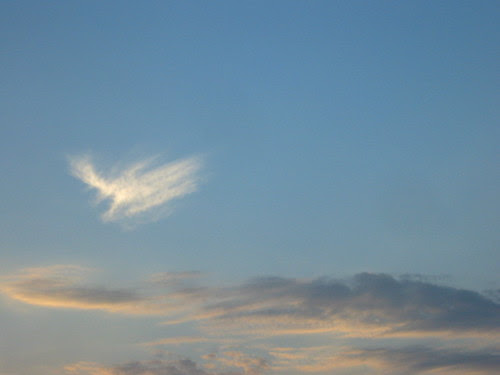 CLXXX
Accumulating the measly
burrs and conceits
of voyage, seeings
gel’d by sequence,
miasmic and congeal’d,
notes scrawl’d out
liquid and tell-
tale of most
usual hardships, redundancies,
trajectories struck out,
or tick’d off.
The whole story
of the unpracticed
self—append’d replica
of some unnumber’d
slumb’ry of selves
nurtured by mimickry,
tracers of routes
innumerable and fey—
one tears off
in a direction
just to go
somewhere. And arrives
looking a little
limp and orchidaceous,
a satellite to
the other, breezier
autochthons lining up
to cradle democracy
or fondle some
dang bell, mind-
wreck’d by movement
and anticipatory chasms.
Home to sleep
the sleep of
the coin pittoresque
by Atget, desuetude
and encumbrance, green
(meaning irregular, variegated,
tintinnabulating) fertility and
decay. A multitude,
part of a
multitude (all of
us sleeping), photograph
of a photograph.

Odd to travel and try to keep the writing writing. “Few survived, or none.” A jaunt east—“Allegheny, Tuscarora, Kittatinny, Blue Mountain” is how the Pennsylvania tunnels go—and back, with stops. One arranges one’s “valise” (I like the word) flat with books, Elias Khoury, F. O. Matthiessen, Peter Levi’s The Noise Made by Poems (“We can recognize reality only by articulating it, a gasp is not enough. I do not myself believe that even thought is independent of language. Therefore sobriety and articulate discourse are among the most important obligations of human beings. Like it or not we are doomed to rationality, and we are equally doomed to those intense experiments which are the crucible and self-crucible or rationality.”), Adonis, José Manuel Prieto’s Nocturnal Butterflies of the Russian Empire. And it is the latter that I succumb to, in moments mostly stol’n, before rocketing into permis de conduire-deprived sleeps. My brother tells me, carry only a single book, the others accumulate along the way, and though I find the stricture impossible, they do: Hugh Kenner’s latish hotch-potch Mazes, Kenner’s 1961 Samuel Beckett, Iain Sinclair’s London Orbital: A Walk Around the M25, and a tiny book by Henri Michaux, Ideograms in China, translated by Gustaf Sobin, with an essay call’d “Signs in Action: Michaux / Pound” by Richard Sieburth append’d. Diving in and out of used book emporia.

Lines out of context, scribbled down out of the Michaux (though one notes, without insistence, that Michaux’s “argument” is conjectural, fluid, floody, acontextual):

To abstract means to free oneself, to come disentangled.

The destiny that awaited Chinese was utter weightlessness.

The characters that evolved were better suited than their archaic predecessors in terms of speed, agility, deftness of gesture. A certain kind of Chinese landscape painting demands speed, can only be executed with the same sudden release as the paw of a springing tiger. (For which one must first be concentrated, self-contained and, at the same time, relaxed.)

And one thinks of Barbara Guest and her “utterly weightless” imitators, the lyric abstract, the sprawl of negligibility, the over-production of textual frippery. In a note to “concentrated, self-contained”: the insistence that “Meditation . . . before a given landscape, might last twenty hours and the execution of the painting no more than twenty or thirty minutes.” (One might write little for a quarter of a century of seemingly dilatory vague study, charging, and burn up one’s hand—Michaux on the empty “hand” that “should no way hinder what’s flowing into it”: “Should be ready for the latest sensation as well as the most violent. A bearer of influx, of effluvia.” See Jack Spicer’s radio—in late vociferating dismay.) (There’s a reason the workshops love that word “earned,” though it be deploy’d in a bastard sense: gestural disentanglement is a point of nigh-equilibrium unattain’d by fatuous replicas of replicas, one book after another.) Michaux, too, in a kind of redress against the accumulus of study, on the spontaneity of the hand (calligraphy), how it “runs, sometimes, to the point of shattering”:

No longer to imitate, but signify nature. By strokes, darts, dashes.
Ascesis of the immediate, of the lightning bolt.

The sign in Chinese, today, which is no longer in any way mimetic, has the grace of its own impatience. It has drawn from nature its flight, its diversity, its inimitable way of knowing how to bend, rebound, redress itself.

Is it because I wrote by hand (“my execrable scrawl”) in a tiny notebook for the last ten days that I find Michaux’s meanderings so right? That moment, writing, of pure physical excess, the hand itself (“my signifying monstrance”) making its own way untrammel’d by anything beyond, well, what? Song? Some compelling muscular tune? I don’t know. I know that “to the point of shattering” is perfectly just. Hand-ecstatic and veering out of control in an excess of “writing.” (Every piece ends in a satisfyingly illegible scribble.) (See Robert Grenier’s late scrawls for a “study’d”—meaning inauthentic, and finally more or less decorative, who switches color’d pencil or brush mid-spasm?—version of such impatience.)

And Sieburth, putting the romp to the notion of the purely “new” (with a nod to Guy Davenport, who report’d that Pound in the late tempus tacendi nevertheless contemplated a translation of Michaux’s Idéogrammes en Chine):

Pound’s paratactic disposition of seemingly unrelated particulars has of course been frequently compared to modernist practices of collage or assemblage, but it’s worth emphasizing that he conceived of his poetic method not only in the context of avant-garde experiment, but as a recovery of something profoundly traditional or archaic—after all, both the compound graphic and semantic structure of the Chinese character and the perfected parataxis of classical Chinese poetry seemed proof enough that other languages, other grammars of art were indeed possible. Sergei Eisenstein, for one, came to similar conclusions about the unexplored linguistic possibilities of cinematic montage after studying Chinese ideograms, as witnessed by the title of his 1929 essay, “The Cinematographic Principle and the Ideograph,” a text roughly contemporary with Michaux’s first graphic experiments with those imaginary alphabets or rebuses he would later term “ideogram compositions” or “cinematic drawings.”
Pound, Eisenstein, Michaux—a critical ideogram comprised of three names working in three different media, here assembled merely to indicate the extent to which the Chinese character, from the time of Leibniz all the way up to Sollers, has tended to speak primarily to Western eyes (and this despite the fact that 90% of Chinese characters are in fact phonetic compounds). The Imagist Pound was delighted to find in Chinese a language of signs so pictorially suggestive that his friend the French sculptor Gaudier-Brzeska could pick up a Chinese dictionary and effortlessly read the forms of many radicals at sight. Pound’s mentor Fenollosa, steeped as he was in the American Transcendentalist tradition, encouraged his conviction that Chinese was a perfect natural language since it represented not sounds, but rather the “visible hieroglyphics” of Nature itself.

I begin to suspect every word Sieburth writes is something to attend to. 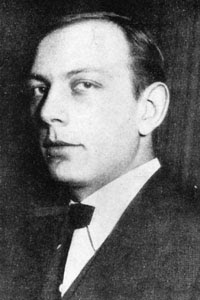 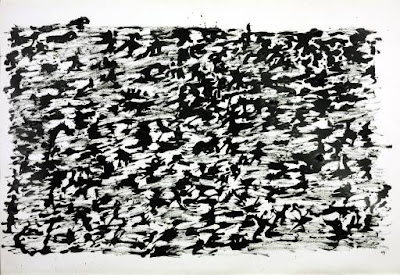 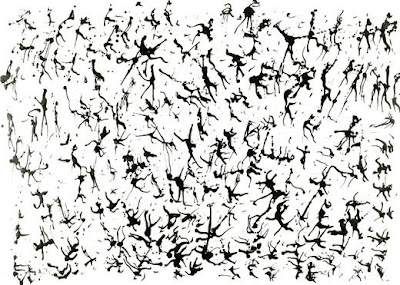