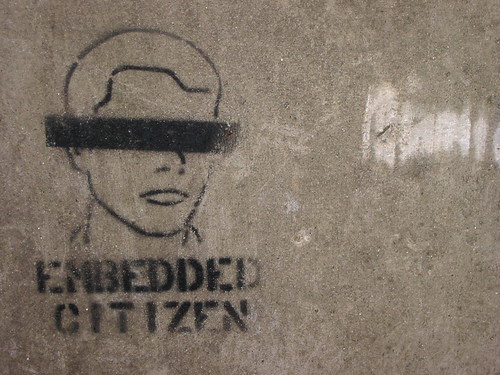 CLXVII
Scythed the longer
monocotyledons off (some
early unbloom’d leafy
bergamots—bee balm,
Oswego tea—caught
by the blade,
and one awkward
chop hock’d up
a divot, sent
it flying into
the fence). I
reduced the weedy
lot to stubble,
to acquit of
tangle, sheer and
exempt’d like a
cowlick’d radiant kid,
one humbug’d by
a tendency to
indirection and circuitry—
announced by occasional
momentary catatonia—never
entirely capable of
thinking of any
word independently, poor
sod, Catawba’d up
in bunches, succumbing
to the way
any uncard’d woof
aims to snarl
up a sturdy
weft. To be
adroit with diction
plain, the unmark’d
case, immeasurably innocuous
like the devenom’d
bourgeoisie, with deft
procedural remedies against
thwart’d semantic sting-
operations, or buck-
ups for rife
syntactical dismay—a
moral claw, say,
liable to snag
whatever ‘fivffe and
tynty yardes of
tywlle,’ black twill
descends to smudge
the rude plaint.
I scythe away,
I chop, I
bother, pinch’d off,
meagre, spoilt, unabating.

Measure of a jumble. A couple of things—quotables—whilst I muster my ranging confusions. Out of E. M. Forster’s Aspects of the Novel (1927): “Time, all the way through, is to be our enemy. We are to visualize the English novelists not as floating down that stream which bears all its sons away unless they are careful, but as seated together in a room, a circular room, a sort of British Museum reading room—all writing their novels simultaneously.” Thinking, anti-historicist, imperialist, mannish and mawkish, or kin to Pound’s “all ages are contemporaneous”? (I uncover’d the lines in Adina Hoffman’s book about Taha Muhammad Ali and the forced emptying of the Galilee Palestine town of Saffuriyya during al Nakba, My Happiness Bears No Relation to Happiness (Yale University Press, 2009) where Forster’s words delineate and complement the makeshift ways of the poor and studious autodidact—for whom any scrap of Arabic text is of use.) And, too, Jean Genet quoted by Mohamed Choukri in Jean Genet in Tangier: “I’ve always been writing, even before I ever tried to write anything. The career of a writer doesn’t begin at the moment he begins to write. The career and the writing may coincide earlier or later.” That need to write that is palpable even in its undeliver’d state.

Another of Taha Muhammad Ali’s poems—out of Never Mind (Ibis Editions, 2000), translated by Peter Cole, Yahya Hijazi, and Gabriel Levin, or the expand’d edition print’d by Copper Canyon Press, So What: New and Selected Poems, 1971-2005, including the Arabic en face—

The street is empty
as a monk’s memory,
and faces explode in the flames
like acorns—
and the dead crowd the horizon
and doorways.
No vein can bleed
more than it already has,
no scream will rise
higher than it’s already risen.
We will not leave!
Everyone outside is waiting
for the trucks and the cars
loaded with honey and hostages.
We will not leave!
The shields of light are breaking apart
before the rout and the siege;
outside, everyone wants us to leave.
But we will not leave!

Ivory white brides
trail their veils
in captivity’s glare, waiting,
and everyone outside wants us to leave,
but we will not leave!
The big guns pound the jujube groves,
destroying the dreams of the violets,
extinguishing the bread, killing the salt,
unleashing thirst
and parching lips and souls.
And everyone outside is saying:
“What are we waiting for?
Warmth we’re denied,
the air itself has been seized—
Why aren’t we leaving?”

Masks fill the pulpits and brothels,
the places of ablution.
Masks cross-eyed with utter amazement;
they do not believe what is now so clear,
and fall, astonished
and writhing like worms or like tongues.

Outside they’re blocking the exits
and offering their blessings
to the imposter,
praying, petitioning
Almighty God for our deaths.