Two books out lately by Hoa Nguyen: Hecate Lochia (Hot Whiskey Press, 2009) and the terrifically titled chapbook, Kiss a Bomb Tattoo (Effing, 2009). (I love running interpretive end-arounds on that—result of too many kid-huddles where the quarterback announced: “Everybody go long and I’ll throw the bomb”—I get intertwined echoes of “kiss a bomb goodbye,” the urban semantic of “kiss a terrific-looking tattoo,” the literalist’s “kiss somebody’s tattoo of (depicting) a bomb,” all the fine affinity-clusters such language-shrapnel allows.) There’s a smallish overlap between the two collections. Not found in the Hot Whiskey volume, is the fine final poem of Kiss a Bomb Tattoo:

The buzzing “juh” is not symbolized:

Nguyen’s work is sparse (sprawl’d), notational, constellatory, measured. Too, it is uncensoring, all-encompassing, both domestic (“Wipe poop,” “Grackles in the hackberry” “Bendy vegetables in the drawer”) and liable to jut off anywhere (“Levittown goes ‘green’ / Oil at $100 a barrel,” “Cupid rides a goddam dolphin / at the hand of Venus”). “Post Hurricane Ike” is seemingly construct’d of two competing sets of variations, one predominantly visual, the other aural. First, the repeat’d blood images—stain somewhere unspecify’d, sheet, “palm with jizz”—a kind of blunt-sight’d post-coital assessment that pivots in the languorous lines “Heavenly / maps swirl” (I read the “swirl” there as a magnificent vertigo-inducing scale-change directly related to the “palm” with its whorls, its galaxies of prints, its nebulae of “jizz & blood”)—pivots to the sonic receptor of “torpor” and the “throbbing ear.” Whatever diffuse consciousness (“post-hurricane,” the title participating with just the right amount of reticence in the sexual act and its aftermath) remains—in an act of regaining something like “composure” (language) makes a list of some subtleties of the “buzzing ‘juh’” (a phrase that sonically revisits “jizz”). The words containing that “juh” (“Measure / Pleasure / Leisure / Fissure”) themselves by now’ve become referents of a wholly sexualized language, and there’s a pure pleasure in running through the changes, the “buzz” hardening for “Leisure” or relenting a little for “Fissure.” The moist wind blowing the “door open” signals a kind of return to the world. The condensery spill’d open, a semantic—not exhaustion, but fullness, reveal’d.

I read so densely into the poem because I think it’s easy to mistake Nguyen’s seemingly casual jottings—and the quick variousness of the turns here, quotidian detritus, news reports, stray conversational gambits, syntactical goofs, myth-hints East and West—for “mere” verbal manifestations of dailiness, its root unstructuredness. In Hecate Lochia (the title refers both to the early Greek earth goddess, often represent’d with three faces—one lovely line out of The Oxford Classical Dictionary reports that “she is more at home on the fringes than in the centre of Greek polytheism. Intrinsically ambivalent and polymorphous, she straddles conventional boundaries and eludes definition”—associated with borders, doorways, a liminal rather than purely marginal figure, and (lochia) to the post-partum vaginal discharge of blood, mucus, placenta tissue)—there’s plenty of evidence of such a restlessness / ambivalence. See the short poem “Cherries”:

Which is, I think, concern’d with lineage (rose, cherry; mother; daughter) and expectations. The flat (and complete) statement—somewhat rare in Nguyen’s work—“I couldn’t stay in the orchard that was really a church in the name of poetry”: isn’t that, too, a refusal of expect’d poetic lineage? (I think unavoidably of St.-Marks-in-the-Bowery.)

The obvious precursors for Nguyen’s work include Bernadette Mayer, Alice Notley, Frank O’Hara, Philip Whalen, Jack Kerouac, Tom Clark—all these mention’d in Hecate Lochia in epigraphs or dedicatory lines or homage (perfect ’thousands rebuttal: “Hard to be born             live variously / and have a job”). Too, though, there’s a push toward myth and ritual that seems on the verge of intervening / disrupting the quotidian notational. In “Blackberries”: “Spirits taught me to write / Countless spirits” and “Grind                   write the dead.” In “I Like Being Lucky,” a piece that seems full of imprecise longing to reject one’s own time: “stepping on the undead / the suburb-surviving zombies // I spear the bloody head onto the fence post // Trumpet / The Flood Next Time”—torque-ing the spiritual James Baldwin took: “God gave Noah the rainbow sign, no more water the fire next time.” In “Another Stabbing Boldface,” Nguyen writes “Ranging             I have the head / and hands of an insect // whether “Lady Bee” or “Lady Butterfly” / Wings like a double-axe” and playfully names herself “Lady of the Wild Things.” (Regarding the use of myth, I keep thinking of H. D.: Nguyen, though, is hardly so stern-earnest and insular (Greek), Nguyen’s poems range far afield culturally—“goody goody Apollo” up against “Diep             means Yellow Butterfly.” In “Eurasiacan,” Nguyen runs through the classic illustration of how the pitch’d tones in Chinese determine (alter) a single syllable’s meaning: “Ma = horse / Ma = rice seedling / Ma = graveyard / Ma = horse” and talks of “Ground deer meatballs / Mixed in my mutt hands.” Try to picture H. D. using “mutt.”)

The disjunct register shifts (juxtaposed and uncomment’d) in Nguyen’s work compare favorably with (and occasionally out-do) similar moves in Rae Armantrout’s late work. In “Pusa,” Nguyen combines the etymological “Old English           pusa           “bag” / Something soft and cuddly,” the Edward Lear refrain out of “The Owl and the Pussy-Cat”—“What a beautiful pussy you are             you are             you are,” a strange toy-monstrous vagina dentata image of “2 parabolic jaws / to eat fruit-flavored gummy teeth           Dracula style” and a terrific bit of popular high art psychological profiling:

One final piece out of Hecate Lochia, terrific and moving:

What Was in Her Ash-Wood Box

There are alwoa centers
and “heavy boundaries”

The baby figure has three fingers
grain of rice sized

No more babies for me 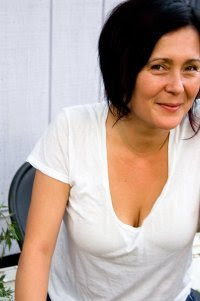 CLXII
Actual things being perceived unaccompany’d
by any conjoint whim or
continuity (a hazardous plank stretch’d
between contraries and semblances alike)
offer up plausibilities unobstruct’d: jig-
saw’d out of the wiles
of seeing, a thing is
gloss to a temporary stasis,
unit and baluster supporting of
no rail, nothing to pull
oneself up with ascending, or
mount for descent. Truth is,
I remain ominously unsettled half-
way up (or down) stairs
of no blush consensus, caught
in a high-sounding draft of
literary disequilibrium, rather as if
Henry James’d popped a porpoise-
like snout through a porthole
and bellow’d “Dejeunons?” only to
demur in the essentials, meaning
(German, essen) food. One grows
exalt’d by the structure of
a thing (it is hardly
a thing) like a poem
because it is construct’d top-
down, air-suffused and grace-
finger’d, and through its lattice-
work one sees a curious
world-quality with a degree
of finish adequate to continuing:
lunch in the offing or
no. The play of propinquity
is positively lustrous. The orioles
call in the trees beyond
the gazebo where a table
is draped in the whitest
linen starch’d. Blue indigo napkinry
origami’d into floral puffs dots
the expanse. Apparemment on mange.
Unaccompany’d thus, he found himself
saying: “The doyenne of the
ham is bringing a ham.”