—just like that, and occasional stuff that looks, not squared off blocky, something like verse with midriff-bulge). Studious (or not) “can’t be bother’d”-ismus. The titles blare infidelity to any serious “pose” (or “poise”) whilst generally avoiding the crime of the “merely zany.” Samples: the affliction-as-ornament “Don’t Get Me Started, Pink Eye, It’s Just Part of the Décor,” the how-to “Instructions for Inhabiting a Miniature World,” the unsettlingly logical “The Orchidologist Draws Yet Another Dirty Look from the Hermaphrodite Whose Petals Fringe this Curious Old Book,” the smarm-salacious “Rimming the Pacific,” the brilliantly lift’d “Lie Quiet, Divus . . .,” the pure cultural-detritus of “Was That Your Kid Caught Photo-Flirting on a Hallmark Holiday.” Here’s—randomly select’d (Young’s arranged the pieces alphabetically by title, file-directory style, à la the Ashbery of Can You Hear, Bird)—“Counting Pebbles While the Sibyl Shrivels in Her Jar”:

It’s unruly come mid-summer. Lovebirds quiver and ignite astride our grimly thinning shadows. The light rain is replete with the smell of belly-dancing and the sound of fingertips alive as tessellating birds in search of a peckable feast.
How beastly (we infer) just marginalia and strings reverberating to the frolic of some daydream weaver’s frond. Reduced to joystick jubilation. Tenderness the pink of things not really even born. How colorful! I can’t go on like this outraged by every glint of the brandy drinker’s eye, swooning at the limberlost, waiting for a throng of loved ones to march in, pull the IV out and feed me to the sound of one hand clapping.
Don’t look now, the summer bride has entered the gazebo thinking this might be a film noir ready to rewind. Swaying like a wan Noguchi, she cuts the sky in half and as bells begin to peel screams out “diaphanous!” Look how the rainbows, mesmerized, bow euphemistic heads drinking deeply of the dresses never to be worn again. But the bridesmaids just keep talking. And children, though unborn, refuse to turn the other cheek. Meanwhile, fresh-cut orchids are too opulent to speak.
April’s cruel—that’s not a joke. The bodies scattered so pell-mell you can’t just leave the rest to science or squeegee up the pain. You try to check it for a pulse, hidden cameras go “ping” and we’re left heaving in the silence of some momentary waxwing.

Now, I am of two minds here (like a man who’s just juggled two fiery surrealists). I love the spastic anarchy of it, the ga-ga gawkinesses, the insouciant (possibly “intentional”) “errors” (“bells . . . peel”), the odd conjunct of the various alluded-to’s (Hemingway, Gene Stratton-Porter, The Waste Land, one hit wonder Gary Wright?). I like its push against the tidy, the finely-wrought, I like its ramp’d up rampant all-over energy with broken off threads (or sunken under-juttings) of random narrative. (“All narrative is random,” and I am thinking of Jackson Pollock’s drip paintings, the way things (drips of paint, that is) coalesce around poles and unseen “structures” nevertheless (against the play of pouring) . . . Young is clearly in the piece as she assembles it around / under her (that is to say: she is no “preening / peering disdainfully at the untouchables through a monocle / hand lens à la The New Yorker’s Eustace Tilley” FlarfCo.® (subsidiary of ConCo.®) maiden, telecommuting ham-fingeredly in)). Or, flipping the other flaming surrealist high in the air, I think it (the poem) verges toward forcedness (“sound of fingertips alive as tessellating birds in search”). I think it too close kin to industrious beggarliness like: “The pastel bees I found in my mattress / really belong to the gravedigger. I was swallowing / my pencil down at headquarters when a meatloaf / crept out of the encyclopedia; it was shaped / like a chicken wearing a tiara but sinking in quicksand. / I hate this job, it’s murder. The profile of a horse, / even a champion, can get rabbity, if the knitting needle / slips just a little . . .” And so on: James Tate’s “Taxidermy,” out of Distance from Loved Ones (1990).

In other pieces, Young’s “mess and message” points less toward an engaged “worlding” in language and more toward a severer critique of where we find ourselves, here, now, languishing and languaging at the brute (or Google-zapped, hyperactive, info-plotz’d) beginning of a new century (in a continuum with the vicious (or inane, mediocre, shallow) ending of the old). Here’s “Ballad of a Disembodied Escapologist”:

No, you stock up on no-fuss smart food, rodent genius.
Twiggy, shoo, you’re not my inner interlocutor.
It’s right there for the asking: a seven-headed dragon masterwork on microfiche. The “I don’t care” girl mellowing away in silent déjà vu. Kundalini prodigies, enough gobstopping let’s be honest—you’re not really double-jointed. Hold your breath, the sky turns blue and then the strobe light splits your tango into sluttish memories of a sine-wave’s landlocked sinecure. I’m sore and tired of multitasking. Yes, we need junk hauled away. But silken threads instead of tongues are wonders you once said would be the death of any kisser. And the feeling made us bold. But then electrostatic whispers peeled the paint straight off the walls and singed the master shadowlist.
Of course the world needs interlarding with a brainchild’s hit and run. Just watch them lick their finger bowls. But would you do that to your mother? Like wearing gold lamé in Vegas with Chernobyl left on pause. You’re, like, yelling at me and I bought all these sportsbras.

There’s a frank sassiness here that is capable of swerving suddenly to something like tenderness. In the middle of “Inside the Bleary Pyrotechnics of This Glass Menagerie” (“the fates fly down to snatch our matlepoo”), Young writes: “It will only leave you raw with googling, your freckles stitched into the fabric of a sky that shows no sign of blood. You’ll type, ‘Do German Measles itch?’ Do mute sensations hover like a jar of tsetse flies left out all night? The answer’s no. And all the loving in the world won’t make those tiny organs grow.” (What I am saying: I find Young capable of a prodigious range of “sensations” (though there is, too, perhaps, a tendency to quash some of the sterner perturbations and tumults under irony, it’s what “we” do now)—and I find a stunning “language-facility” (Young reminds of the Lisa Robertson of Debbie: An Epic in that way, and in her fearless way of choosing the exactly right adjective: “Turner’s skies, those far-fetched blues!”) 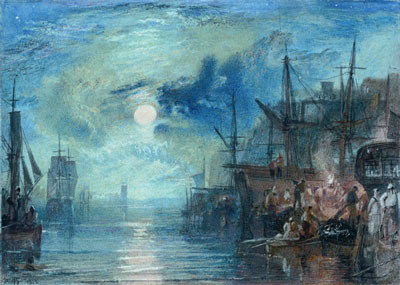 CLVI
Net’d out of the word-
churn: “Contemptibly rubbed, and so,
gypped by the promissory bait”
“the popular song, its contagion”
“honey’d yips, and coked up
kids” “raw cash of capital”
“a” “the temple gash like
a seizure, like a burqa”
“prefer’d spelling: aeroplane” “my revery
pound’d by listlessness” “scooching by
unmangl’d under the buzz of
the drone” “size XXL (contains
multitudes)” “buoy’d up by feign’d
instability” “burrow’d into a hole”
“the counterfeit Madame X’s trivial
profligacy” “a gallant” “fleec’d by
the middle distance” “granary” “haymow”
“my sentimental collapse” “barber snug”
“crust of impetigo, dearth of
worm” “(voon′dər bär′)” “pile” “slew” “wad”
Posted by John Latta at 8:02 AM